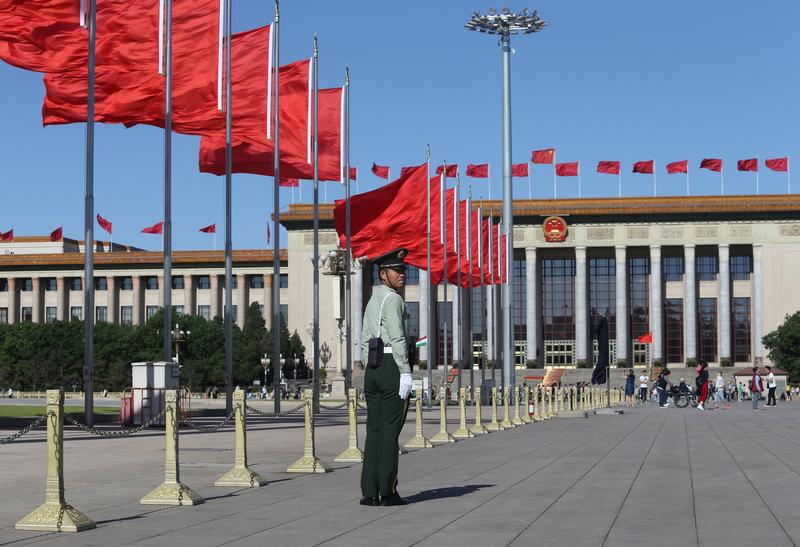 President Xi Jinping may be China’s strongest leader in decades, but reform has been slow on his watch. Some believe that if he can consolidate power at the Party Congress next week, he’ll liberalise further. Four key benchmarks will help measure the strengthening of Xi’s grip.

Chinese flags flutter at Tiananmen Square ahead of the Belt and Road Forum in Beijing, China May 13, 2017. REUTERS/Stringer ATTENTION EDITORS - THIS IMAGE WAS PROVIDED BY A THIRD PARTY. EDITORIAL USE ONLY. CHINA OUT. - RC116CFFC6B0

The 19th Congress of the Chinese Communist Party will start on Oct. 18, according to state media. Party delegates will select new members for the Politburo Standing Committee and Politburo. They will also unveil an amended party constitution.

The question of who will succeed Xi has come into focus, with media speculating he may seek to prolong his tenure. One previous frontrunner for the spot, former Chongqing Party Secretary Sun Zhengcai, was ousted was ousted in July for corruption. Five Central Committee members affiliated with the Communist Youth League, an organization whose alumni are thought to be somewhat opposed to Xi, were conspicuously not invited to attend the party congress.

Capital markets have posted healthy returns in the run-up to the congress. China Securities Regulatory Commission officials have pledged “stable operations” both before and during the event. Economists polled by Reuters expect economic activity data scheduled to be published next week to show stable growth.