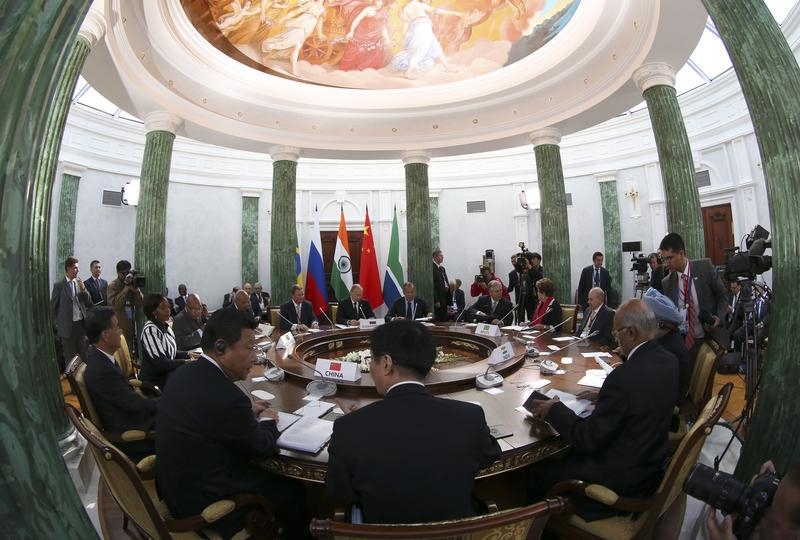 Brazil, Russia, India, China and South Africa are sponsoring a World Bank clone. The new lender could ease the infrastructure deficit in emerging markets, but could also end up backing social and environmental disasters. The bank’s governance will decide if it’s a boon or a bane.

Participants sit at a table during a BRICS leaders' meeting at the G20 Summit in Strelna near St. Petersburg September 5, 2013.

Leaders of Brazil, Russia, India, China and South Africa are expected to sign a treaty to launch a new development bank when they meet at a BRICS summit in the northern Brazilian city of Fortaleza on July 15, Reuters reported on May 30.

The BRICS Bank will have start-up capital of $50 billion, of which the five nations will put in a total of $10 billion in cash and $40 billion in guarantees, the Reuters report said. The bank’s capital will double in five years. The new lender will back emerging-market projects that are currently unable to attract finance from multilateral agencies such as the World Bank.