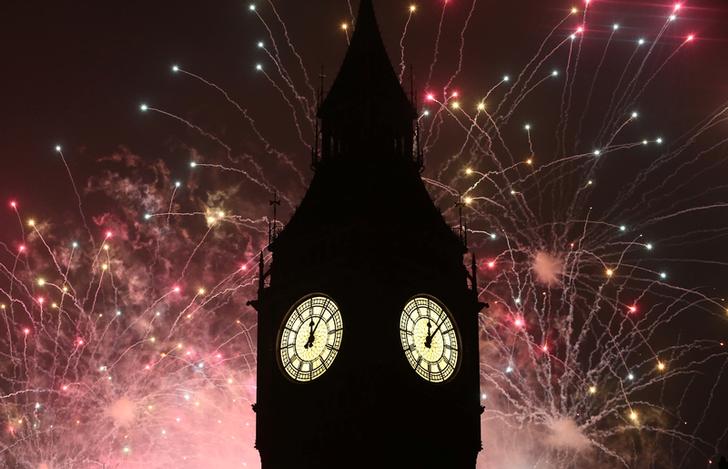 British politicians are once again concerned about the competitiveness of the City of London. After spending the first half of the past decade ratcheting up regulation in response to the industry’s pre-2008 excesses, and the last five years worrying about the impact of Brexit on fishermen and auto workers rather than derivatives traders, ministers and civil servants have turned their attention back to the financial services industry. In their eagerness to notch up quick victories, the danger is they preside over a hasty and counter-productive revamp of the rules.

The government is awash with proposals. Ten days ago Ron Kalifa, the former chief executive of payments company Worldpay, suggested ways to protect and promote Britain’s fintech industry. He was followed by former European Commissioner Jonathan Hill, who recommended an overhaul of London’s stock market listings to lure more technology groups and special-purpose acquisition companies (SPACs). A review of the Solvency II rules that govern insurance is also in the works.

Officials insist these changes are far from radical. Hill points out that his proposals, such as permitting founders of listed companies to retain control through shares with different voting rights, merely bring London closer to what’s already permitted in financial centres such as New York and Hong Kong.

Nevertheless, British Finance minister Rishi Sunak is clearly shoving the regulatory pendulum in a laissez-faire direction. A telling section in Hill’s report suggests that the Financial Conduct Authority, in addition to supervising markets and protecting investors, should also consider “the UK’s overall attractiveness as a place to do business”.

That may seem uncontroversial: regulators in other countries have similar remits. Nevertheless, it underscores the extent of the shift in British thinking. The FCA’s predecessor, the Financial Services Authority, had an explicit mandate to maintain the UK’s competitiveness, reflecting the prevailing political enthusiasm for global financial services. After that “principles-based” approach to regulating banks failed spectacularly during the 2007-2008 financial crisis, the Conservative-led coalition dismembered the watchdog. Ministers felt requiring the regulator to worry about London’s international appeal would undermine its rigour, so they made sure the FCA had no such obligation.

The government’s apparent willingness to revisit these decisions has created an opening for financial industry lobbyists, who spent the years after the 2016 Brexit referendum in the wilderness. Investment banks and the London Stock Exchange pushed forcefully for the provisions recommended by Hill. The Association of British Insurers recently argued that watering down Solvency II could free up funds worth 95 billion pounds. Former LSE Chief Executive Xavier Rolet warned London not to miss out on the market for cryptocurrencies. It’s presumably only a matter of time before someone plucks up the courage to suggest scrapping the European Union cap on bankers’ bonuses.

Nothing better underscores the government’s newfound eagerness to please the City than its embrace of SPACs. When launching his review in November, Hill made no mention of the blank-cheque vehicles that have taken U.S. capital markets by storm. Yet two of the 15 recommendations in his report published last week are designed to make it easier for SPACs to spawn in London.

British regulators have little appetite for a broader bonfire of the rules. For one, many EU financial directives were either copied from Britain or heavily influenced by UK officials. The Bank of England says it does not expect the Solvency II review to leave insurers with less capital. And Governor Andrew Bailey last month demonstrated the central bank’s determination to maintain its high standards for banks by saying he would scrap an EU rule that allows lenders to count software investments towards their capital ratios.

This high-minded approach has not helped Britain persuade the EU to recognise its regulatory effectiveness, however. The absence of this designation, known as equivalence, has in recent weeks forced trading in European shares from London-based exchanges to continental capitals, notably Amsterdam. Some activity in interest rate swaps has also moved out of the City. And both sides are braced for a fight over the London-based clearing industry.

Britain has other reasons to stick to its guns. Mutual recognition by regulators is one of the most important factors when it comes to stimulating trade in finance. That’s why it’s important for Britain to take a stable and consistent approach to the rules, says Sam Lowe of the Centre for European Reform. A firm commitment to stick to international standards is also helpful.

But politicians eager for rare post-Brexit success may be less disciplined. Kalifa’s fintech report includes several references to Greensill, the supply chain finance firm that seduced senior politicians including former Prime Minister David Cameron and is now on the brink of insolvency. Meanwhile, Sunak last week welcomed the decision by food delivery group Deliveroo to list its shares in London as “fantastic”. Whether the former hedge fund manager will endorse every new arrival on the stock market remains to be seen. The danger, however, is that his enthusiasm to promote the City of London ends up returning it to the bad old days.

“The review has more than delivered and I’m keen we move quickly to consult on its recommendations, cementing the UK’s reputation at the front of global financial services,” Sunak said.

Sunak on March 4 hailed as “fantastic” an announcement that food delivery group Deliveroo would list its shares in London.

“The review has more than delivered and I’m keen we move quickly to consult on its recommendations, cementing the UK’s reputation at the front of global financial services,” Sunak said.

Sunak on March 4 hailed as “fantastic” an announcement that food delivery group Deliveroo would list its shares in London.