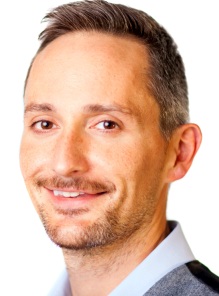 China’s appetite for semen once looked like the best thing to happen to Driffield. The area around the tiny Yorkshire town is home to two of the United Kingdom’s biggest producers of swine and their genetic material. When Prime Minister David Cameron toured China in December 2013, his entourage trumpeted a 45 million pound deal to ship the strange cargo to the People’s Republic. It seemed a neat example of how globalisation can benefit the real economy in unexpectedly potent ways.

It didn’t turn out that way. The promised shipments didn’t come. One of the two British producers, ACMC, entered administration earlier this year. Only in recent weeks a shipment of pig semen finally made its way to China from still-standing rival JSR. Exports to China of the trade category in which mammalian semen nestles have totalled less than 50,000 pounds since Cameron’s visit. Rather than create new jobs in one of Britain’s poorest regions, the porcine pact created expectations that could not be met.

Pig semen probably wasn’t on the menu as Cameron’s right-hand man, George Osborne, toured China this week, seeking more pledges of trade and investment. The British finance minister is inviting bids for the building of a high-speed rail line, and has pledged to make China Britain’s second-biggest trading partner after the United States. Among more recent pledges are support for a Chinese-backed nuclear power plant, numerous real estate projects in the so-called Northern Powerhouse belt, and plans to link the London and Shanghai stock markets.

Biological cargoes notwithstanding, it seems logical to court China this way. The country makes up around a tenth of total world trade, and has more than $3 trillion of foreign exchange reserves that must be invested somewhere. What’s more, Britain badly needs to find exports that China wants to buy. The trade deficit it runs with the People’s Republic has widened by half, on a rolling-year basis, since Cameron took charge in 2010.

In reality, though, trade with China has been mostly a red herring. The year Cameron visited Beijing, the UK Foreign Office calculated that exports to China could rise to 93 billion pounds by 2020, more than seven times their level at the time. But the assumptions were heroic. That amount would require China to fully open markets like finance, pharmaceuticals and automobiles. Thereafter, Britain would need to capture the same market share as it has for all global imports. Even then, the resulting addition would be just 11 percent of the extra 700 billion pounds Cameron was then targeting for global UK exports by 2020 – a target since shelved.

Trade can also be more trouble than it’s worth, when the perception is that jobs suffer. Steelworkers in the northern town of Redcar, where a steel plant now owned by a Thai company is in jeopardy, have little to cheer about the idea of markets being opened to Chinese trade. The Middle Kingdom has excess capacity of 300 million tonnes of the stuff, swamping the United Kingdom’s entire annual output of around 12 million tonnes. In more productive sectors, things look better. Jaguar Land Rover sold more than 100,000 cars in China in 2014, making it one of the UK’s biggest exporters there. But due to a slowdown in China’s automotive market, sales in the most recent quarter were flat year-on-year.

Investment has been more fertile, at least on the surface. Chinese capital flows to Britain for its political stability and openness, with 12.2 billion euros invested between 2000 and 2014 according to Rhodium Group – twice as much as France received. Often, though, the beneficiaries are narrowly arrayed. Sales of stakes in companies like Thames Water to China Investment Corporation – or the headquarters of Breakingviews parent Thomson Reuters to a unit of Hainan Airlines this summer – represent secondary transactions rather than new investments. Much is sunk into real estate, and around three-quarters of that goes straight to London, according to property data company Real Capital Analytics.

There is much to be positive about where Britain-China ties are concerned. But Cameron and Osborne could take the advice that the West repeatedly doles out to China: focus less on investment and exports, and more on consumption. Chinese tourism is one of the great wins of a more open People’s Republic. Between 2008 and 2014, the number of Chinese visits to the United Kingdom increased by 72 percent – and the amount that visitors spent on each trip more than doubled. Purchases of consumer brands like department store House of Fraser, restaurant chain Pizza Express and a long-rumoured swoop on 255-year-old toy store Hamleys, reflect that not just corporate buyers but Chinese customers are flush with spending power.

So how can Osborne and Cameron encourage this? They can start by keeping quiet, and getting out of the way. Relaxations on visa applications have been a positive development. Touting Britain’s commitment to openness with discernment, and dialogue with free expression, would burnish the qualities that Chinese investors and visitors admire. The most important thing the politicians can do is stop making promises that are unlikely to be delivered. Many remember the contempt provoked when Lord Macartney refused to kowtow to the Qianlong emperor in 1793. Less often recalled is that Dutch visitors who dutifully bowed and scraped a couple of years later were treated just as much like swine.

George Osborne, Britain’s chancellor, conducted a five-day tour of China by vowing to make Britain the People’s Republic’s “best partner in the West”.

Chinese companies are expected to help finance the 16 billion pound ($25 billion) Hinkley Point nuclear plant in southwest England and Osborne said their participation could lead to China developing and owning a future nuclear plant, possibly at Bradwell, a site earmarked for development in eastern England.

Britain struck a deal to sell pig semen to China in December 2013, during a visit by Prime Minister David Cameron. At the time a Downing Street spokesperson said the deal “will be worth 45 million pounds to UK firms and means Britain’s best pigs will help sustain the largest pig population in the world”.

Exports of “animal products not elsewhere specified or included… unfit for human consumption” to China totalled 11,976 pounds in July according to UK government trade data, bringing the full-year total to 18,682 pounds. In 2014, recorded exports of such products totaled 15,215 pounds.