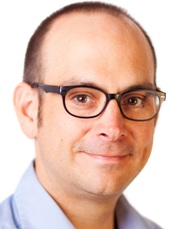 Berlin’s temporary suspension of passport-free travel is a worrying step. But it’s also unsurprising, given Angela Merkel’s need to wrestle with the politics of her stance at home. Germany still has a pragmatic interest in solving its poor demographics and its labour shortages.

Germany on Sept. 13 said it had temporarily suspended the Schengen agreement allowing passport-free travel on its border to Austria, in an attempt to limit the inflow of Syrian migrants to Germany.

At an emergency meeting on Sept. 14, interior ministers from the European Union’s 28 member states will discuss commission proposals to redistribute about 160,000 asylum seekers across the bloc.

The European Commission said that the temporary reintroduction of border controls between member states was an exceptional possibility explicitly foreseen in and regulated by the Schengen Borders Code, in case of a crisis situation.

It added that the current situation in Germany, prima facie, appeared to be a situation covered by the rules. The EU institutions, it said, would ensure proportionality of the exceptional measures concerned.