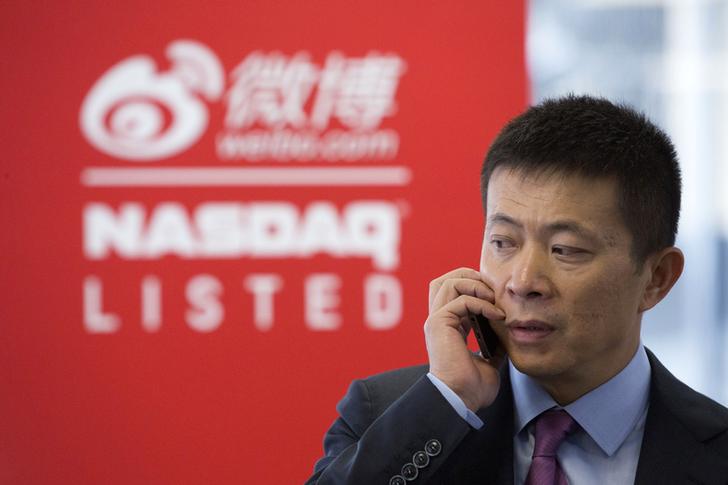 The Cayman Islands could make a name for itself beyond just beach vacations and tax avoidance. Buyouts of Chinese companies are increasingly being contested by investors in the British territory’s courts. Although such M&A valuation challenges have petered out in Delaware, minority shareholders could use some extra protection against routinely lowball offers.

U.S. political pressure and the prospect of higher valuations closer to home have prompted a raft of Chinese bosses to decamp from New York stock markets. They include Charles Chao, the chief executive of $2.6 billion web portal Sina, and Jinbo Yao, who teamed up with private equity firms Warburg Pincus and General Atlantic on an $8.7 billion deal to buy his classifieds site operator 58.com. Some $24 billion of such take-private transactions were announced last year, according to data outfit Dealogic, triple the 2019 volume. More than half of them have yet to be completed.

Most of the targets are domiciled in the Caribbean islands Christopher Columbus stumbled upon more than five centuries ago during his last journey to the New World. Support from two-thirds of shareholders is typically required there to approve deals. That’s a relatively easy hurdle to clear, especially for founders wielding super-voting stock or suitors that have built big stakes. And more than 40% of some 420 U.S.-listed Chinese companies formally call the Caymans home, based on a screen using Eikon data.

Dissidents are finding new ways to fight back. Similar to Delaware’s appraisal rights complaints, which became a hotly contested battleground between hedge funds and would-be buyers for a few years, Cayman law allows for aggrieved shareholders to “dissent”, or legally appeal for a better price. The first so-called Section 238 judgment came down in 2015, when courts assessed the fair value of stock in a transaction and ruled in favour of shareholders who argued the bid was too low. Two years later, judges delivered a second decision, again rewarding a small group of investors in China’s Shanda Games with a price tag 135% higher than the original offer.

Six years may seem as plodding as Grand Cayman’s famous turtles, but it is no time at all in developing court-tested legal precedent. Small wonder so many investors scent an opportunity to keep testing the local courts. For suitors, the possibility of being hit with Section 238 lawsuits is a growing risk. It takes about two years to reach trial and the risk of paying up can wreck a deal’s economics. Buyers now often include a “get out” clause allowing them to walk away if a certain percentage of shareholders officially push back. Chao’s offer for Sina, for example, has a 10% threshold; China Biologic Products’ is just 8% for the $4.8 billion management buyout of the plasma producer.

Both those deals, which have passed their two-thirds approval vote, may be facing insurrections. Ahead of Sina’s ballot in December, investors holding 36% of the shares filed a notice of objection, the first legal step to formally dissent. The transaction has yet to close. China Biologic has said only that more than 8% of voting shareholders objected. The buyers must weigh the risks of proceeding and getting bogged down in lawsuits, or simply sailing back to China. They also can try to negotiate privately to head off court action.

The rebellious shareholders at both companies appear to have cases strong enough to warrant trying to wring more money out of buyers while squeezing in some snorkeling. Chao’s deal values Sina at less than the value of its 45% holding in $12 billion Weibo, China’s U.S.-listed answer to Twitter. The offer from China Biologic’s top brass is at half the valuation of its mainland-traded rivals.

Those pursing cases in the Cayman Islands are also aware of how much the buyers stand to lose if tied up in legal proceedings. Backers of E-House paid about $1 billion to buy the online property group in 2016 and made almost three times their money on a Hong Kong relisting two years later. Similarly, Trina Solar was taken private for $1.1 billion the same year and went public in June on Shanghai’s STAR board with a $2.6 billion equity value before rocketing 136% upon debut.

Relying on the Cayman legal system is hardly a perfect solution. The rulings only apply to those who dissented, not all shareholders, and private settlements are shrouded in secrecy. Fund managers often cannot afford to hold unlisted securities while waiting to be heard by a judge. Ultimately, Delaware courts, having used various different valuation methods, coalesced around market-driven prices, which don’t often suit plaintiffs. That dampened enthusiasm for the petitions.

From 2015 to 2017, arbitrageurs challenged about a quarter of appraisal-eligible transactions, a rate that dropped to 5% by 2019, according to research presented at a Harvard Law School corporate governance forum last year. Law firm Harneys put the total Delaware case count at 85 in 2016 and just 11 in 2019. With shareholders having little other recourse to fight against powerful buyers, however, it would be a shame to see George Town go the way of Wilmington.

China Biologic Products said on March 1 that shareholders voted in favour of a plan to take the company private through a merger with a group that includes private equity firms Centurium Capital and Hillhouse, as well as Singaporean wealth fund Temasek.

The company said that about 85% of total ordinary shares outstanding voted in person or by proxy at the extraordinary general meeting. Of them, some 92% voted in favour.

Prior to the vote, China Biologic received notices of objection from investors that combined own more than 8% of the total outstanding shares.

Weibo Corporation Chairman Charles Chao talks on a cell phone before the opening of trading for Weibo at the NASDAQ MarketSite in Times Square on day one of its initial public offering (IPO) on The NASDAQ Stock Market in New York April 17, 2014.

China Biologic Products said on March 1 that shareholders voted in favour of a plan to take the company private through a merger with a group that includes private equity firms Centurium Capital and Hillhouse, as well as Singaporean wealth fund Temasek.

The company said that about 85% of total ordinary shares outstanding voted in person or by proxy at the extraordinary general meeting. Of them, some 92% voted in favour.

Prior to the vote, China Biologic received notices of objection from investors that combined own more than 8% of the total outstanding shares.