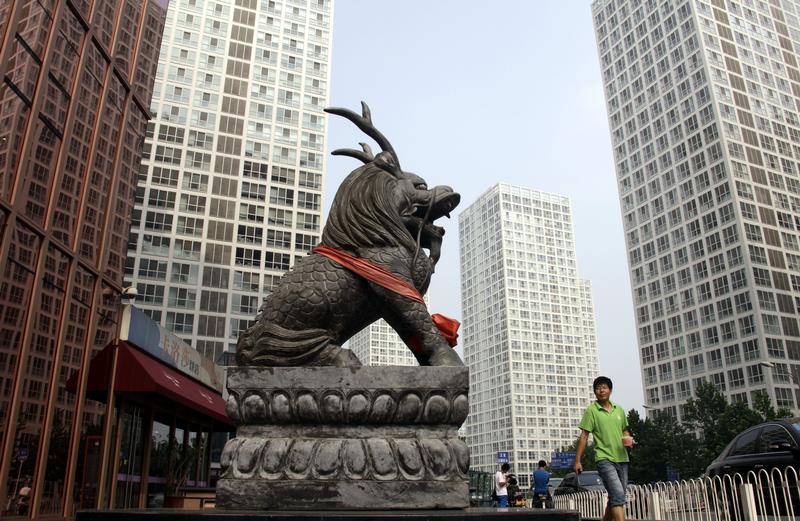 The country’s biggest startups include purveyors of fintech, handsets, and apps offering rides, food and news. Compared to U.S. unicorns, there is even more focus on serving smartphone-wielding individuals – which is both understandable and risky.

A man walks past a Qilin sculpture, a mythical Chinese chimerical creature that resembles a unicorn, at Jianwai SOHO residential and commercial complex in Beijing July 23, 2010. China plans to start levying property tax in 2012 in a pilot programme that will first be rolled out in several cities, the National Business Daily reported on Thursday, citing unidentified participants of a seminar held by the Ministry of Finance. REUTERS/Jason Lee (CHINA - Tags: BUSINESS) - RTR2GNJK

Chinese news aggregator Toutiao is raising $2 billion at a valuation of more than $20 billion, Reuters reported on Aug. 11, citing people familiar with the matter. The fundraising comes after the startup raised $1 billion at a $11 billion valuation in late 2016.

Separately, China's Meituan-Dianping, an online local-services platform akin to Yelp, Groupon and GrubHub, is in talks with prospective investors to raise up to $5 billion, Reuters reported on Aug. 3, citing a person with direct knowledge of the matter. This will value the company at up to $30 billion.

In January 2016 the company raised more than $3.3 billion in funding, led by Tencent and Singapore's Temasek Holdings, that valued it at more than $18 billion.