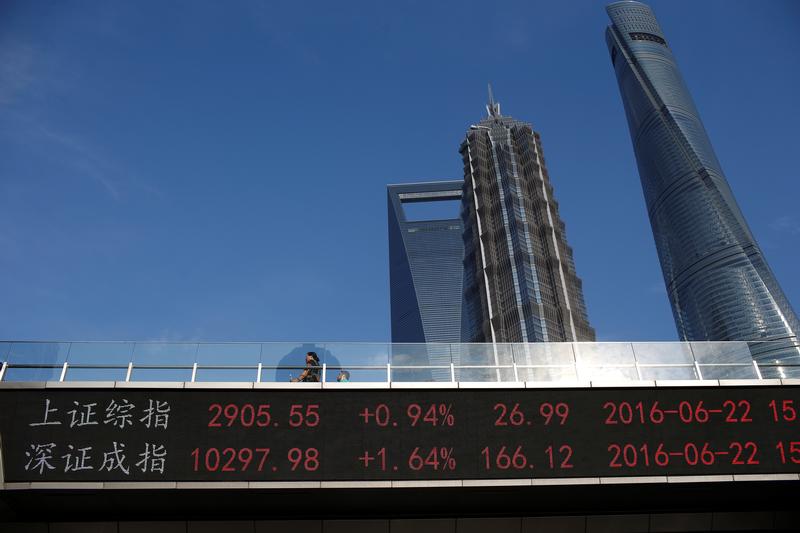 A crackdown on off-balance sheet wheezes is likely to sap banks’ appetite for bonds. They are by far the biggest buyers, so their retreat will hurt prices. Yield-hungry entrants might appreciate higher returns, but the coming liquidity drain could destabilise a rickety market.

People walk past an electronic board showing the benchmark Shanghai and Shenzhen stock indices, on a pedestrian overpass at the Pudong financial district in Shanghai, China June 22, 2016.

Chinese companies issued 377 billion yuan ($59 billion) of bonds in April, the People’s Bank of China said on May 11. Yields on bonds and money-market instruments have broadly fallen since the central bank cut reserve requirement ratios in April, freeing up 1.3 trillion yuan of funds that banks had deposited with the PBOC.

The central bank unveiled new rules for the $15 trillion asset management sector in April, including leverage limits and a ban on implicit guarantees for bonds.

Other rules forbid financial institutions from rolling over asset-management products to avoid writing down losses on investments, and from accepting shares in AMPs as collateral for loans. Most of the new regulations will come into full effect in 2020.