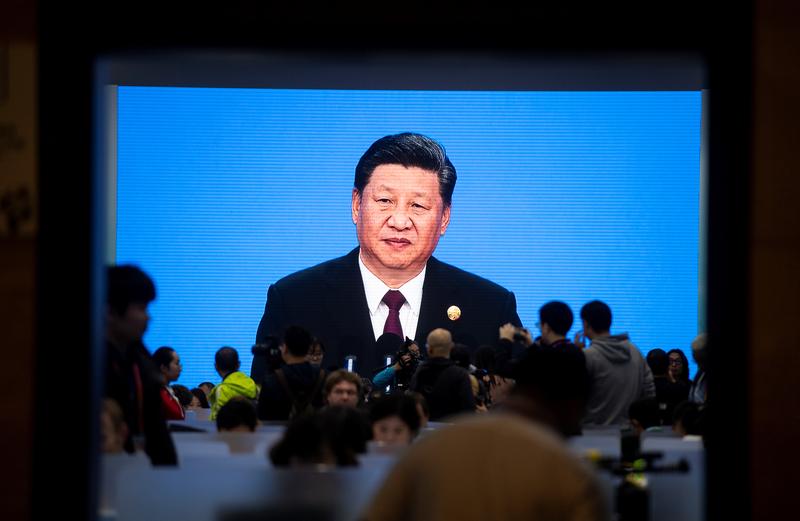 The cult of Xi Jinping is due to weaken alongside China’s $12 trillion economy. His muddled policies will keep growth slouching toward 6 percent. That could embolden a long-subdued reform faction to push back. Investors would get more defaults, fewer crackdowns on tech titans, and faster market opening.

Xi has consolidated power even more than Deng Xiaoping, whose liberalisation efforts, starting in 1978, unleashed years of double-digit expansion. Sheer scale naturally slowed growth, but so has Xi’s nostalgia for command economics and government champions: “Any thoughts or comments that doubt or bad-mouth state-owned enterprises are wrong,” he said in a September speech. Under Xi, officials have intervened in financial markets and boardroom decisions, given Communist Party cells more influence inside companies, and enacted policies that restrain the likes of Tencent.

His faction has relied on private capital to underwrite inefficiencies implicit in state-directed investment. They see little contradiction in simultaneously calling for a vibrant private sector and powerful state industries. The arrangement is breaking down, though.

Many government enterprises, built to serve an economy underpinned by infrastructure spending, are slipping into natural decline as China shifts toward domestic consumption and services. Unfortunately, they threaten to drag down private counterparts with them. The recent campaign to reduce bad debt, concentrated among government-controlled borrowers, inadvertently starved many smaller firms of credit. Even before U.S. President Donald Trump slammed China’s export sector, indicators such as retail sales and housing investment showed signs of cooling. Now the slowdown is visible across the board, with manufacturing activity on the verge of outright contraction.

Xi’s reaction has been predictably top-down. Banks are being ordered to lend to private companies, as well as to roll over loans to struggling SOEs, or convert them into equity. Local governments must hurry investment into roads and airports, while lenders are forced to buy their bonds. Yet the campaign to reduce financial risk is also supposed to continue apace. This confused messaging encouraged banks to slow their asset growth to a record low in October.

While government entities can be ordered to invest, consumers cannot be compelled to buy cars and refrigerators. Nor can private companies be forced to invest when demand is weak. This is why Xi has talked tough, but refrained from stronger measures.

As he faces the prospect of unemployment and political instability, look for a pragmatic step back. The first signs will appear in media, where constructive criticism of economic policy will return to front pages. One loud signal would be if the pro-reform Unirule Institute of Economics, shut down this year for being a bit too free with its feedback, were allowed back into business.

Useful bureaucratic green shoots will appear, too. Lou Jiwei, a liberal voice defenestrated from the Ministry of Finance in 2016, might see his profile elevated, along with technocrats like vice-premier Liu He. A Xi retreat also would also demote so-called “leading small groups”, which the president used to drive policy directly.

The next phase would see bad ideas quietly undone. The debt-to-equity swap programme, in which banks are force-fed stakes in struggling state-owned industrial groups, could be shelved. Ditto for the plan to parachute officials onto boards at private companies. Bond and loan defaults would be allowed to accelerate; reformers might even let a particularly irresponsible local bank go bankrupt just to send a message.

Market opening to overseas competitors could speed up, not least to assuage the United States. The biggest gesture, though, would be privatising a major SOE, such as aviation giant COMAC.

None of this would quickly revive headline GDP growth or stock indexes. Reviving confidence in reform, though, could stimulate private investment and restore foreign hopes that China is back on the path toward becoming a genuine market economy.

(This is a Breakingviews prediction for 2019. To see more of our predictions, click here.)

China's President Xi Jinping is seen on a big screen in the media center as he speaks at the opening ceremony of the first China International Import Expo (CIIE) in Shanghai on November 5, 2018.

China’s economy grew 6.5 percent in the third quarter of 2018, missing expectations of economists polled by Reuters and marking its slowest quarterly pace since the global financial crisis.

Chinese banks extended 1.25 trillion yuan ($182 billion) in net new yuan loans in November, slightly more than analysts had expected and up from the previous month, according to data published by the People's Bank of China on Dec. 12. Outstanding growth of total social financing, the broadest measure of credit flows into the economy, slowed to 9.9 percent, an all-time low.

Factory activity grew slightly in November, according to a private survey by Caixin/Markit released on Dec. 3, with the purchasing managers index hovering just above the 50 point line dividing expansion and contraction. New export orders extended their decline.

The benchmark CSI300 share index tracking the largest firms listed in Shanghai and Shenzhen, has fallen 21 percent for the year, as of Dec. 17.