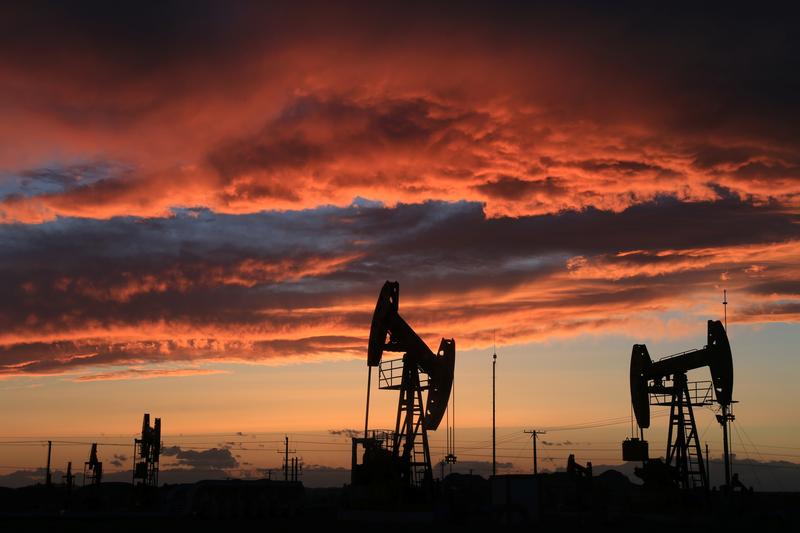 Beijing’s move against gasoline means tough times ahead for the country’s oil majors. The rapid push into new energy vehicles will curb demand for imported hydrocarbons, but at the expense of state giants like Sinopec and PetroChina. It might also pressure crude prices.

Site of an oil field is seen at sunset in Karamay, Xinjiang Uighur Autonomous Region, China, May 7, 2017. Picture taken May 7, 2017. REUTERS/Stringer ATTENTION EDITORS - THIS IMAGE WAS PROVIDED BY A THIRD PARTY. EDITORIAL USE ONLY. CHINA OUT. NO COMMERCIAL OR EDITORIAL SALES IN CHINA. - RC191BD86380

Car makers will need to amass credits for new-energy vehicles (NEVs) equivalent to 10 percent of annual sales by 2019, China's industry ministry said in a statement on Sept. 28. That level would rise to 12 percent for 2020.

On Sept. 9, a senior Chinese official said the country had begun studying when to ban the production and sale of cars using traditional fuels, without giving a timeframe for the shift.

Separately, Wang Chuanfu, chairman of Chinese automaker BYD, said China’s concerns over oil security were driving its NEV policy, according to comments reported by the Financial Times on Sept. 21: “This is not only because of environmental pollution and traffic congestion issues — the most urgent reason is China’s oil safety and security. China will run out of oil soon.”

China’s crude oil imports will exceed 400 million tonnes this year and are expected to grow by double digits in 2018, Zhang Haichao, vice president of Sinopec Group, told Reuters in July. Such an increase would likely make China the world’s largest crude oil importer on an annual basis for the first time, according to a Reuters analysis.

The International Energy Agency is reviewing its electric vehicle use and oil demand forecasts after India and China announced new policies in favor of electric cars and vehicles using other alternatives to gasoline.