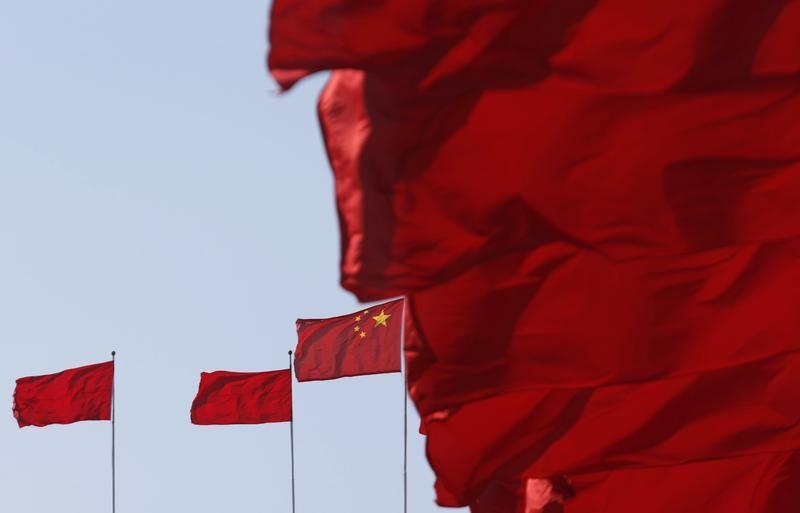 China invented the compass. Yet in a curious irony, the direction of the world’s second-largest economy has become more or less unreadable. The country’s GDP increased by 6.9 percent in the third quarter, the slowest rate in six years. What investors, corporate chieftains and others really want to know, though, is how well China will manage an alarming slowdown. The signs aren’t terribly encouraging.

The smog of uncertainty descended this summer. A collapse of the Shanghai stock market spooked foreign investors, even though they have almost no exposure to it. Even the surprise devaluation of the currency by 2 percent against the U.S. dollar on Aug. 11 should not have caused too much upset. In real trade-weighted terms, it is still almost 12 percent stronger than a year earlier.

As markets across the Western world fell, however, it was clear that opinions had shifted. The supposedly clever Chinese technocrats who were so adept at deploying assets and raising millions out of poverty had flunked two big tests. Their attempts to prop up share prices were unsuccessful. The wobbly yuan made markets less, not more stable.

It matters a lot that China’s leaders might be mere mortals, because the economic transition they are trying to engineer is super-human. The People’s Republic is attempting to move from high-speed, investment-led manufacturing growth to slower-paced expansion driven by consumption and services. That involves redirecting hundreds of millions of people and trillions of dollars of capital. Nothing like it has ever been attempted.

That transition is getting harder because the old economy is decelerating sharply. Profit at large Chinese industrials shrank 8.8 percent in August, compared with a year earlier. Rail freight contracted by 15 percent. The real estate investment that has underpinned global prices of commodities like copper and iron shrank by 1 percent, compared with a decade-long average growth rate of 21 percent.

The benign view is that the services sector can soak up surplus labour and pick up the slack. Champions of Chinese services, like Peterson Institute scholar Nicholas Lardy, point to the fact that services already make up half of all economic output. In the first nine months of 2015, these “tertiary” industries accounted for 51.4 percent of GDP and in the third quarter they grew by 8.4 percent, faster than broader economic output. Sales of cinema tickets, for example, are growing at close to a 50 percent rate.

Yet many of the numbers often crumble under scrutiny. China’s official data claim that 17 million new services jobs were created in 2014, more than 2010, 2011 and 2012 put together. Look closer, and some positions, like “agricultural services” have simply been rebadged. Investors are left to guess the real picture using too-broad retail sales data, or too-narrow financial statements from companies like e-commerce group Alibaba.

The other great hope is the market. President Xi Jinping vowed to give forces of supply and demand a decisive role in the economy three years ago, something that could help redistribute wealth from the state to consumers. The market is likely to take prominence in the next five-year plan, due to be deliberated by the ruling Communist Party in a meeting that starts on Oct. 26.

So far, though, Xi’s promise has not been fulfilled. China is excellent at rolling out plans and pipelines, like the Shanghai Free Trade Zone, Hong Kong-Shanghai Stock Connect and attempts to internationalise the yuan. But real market functions have been sidelined. The biggest companies are unable to fail, or be acquired. China’s steel sector has around 300 million tonnes of excess capacity, more than triple the entire annual output of the United States. Debt has run up to 280 percent of GDP, according to consulting firm McKinsey, but large defaults are almost unknown.

Working out how China is really doing will get only harder as its transition becomes more complicated. Those who peer at the randomly scattered data points to find patterns usually reveal more about their own prejudices than about China.

The problem is that the lack of direction is getting worse just as the world is paying closer attention. It increasingly looks like there is no coherent plan to deal with a rapid slowdown. The most important lesson is not that China’s mandarins have failed, but that they are doing only as well as might be expected for a group of clever but fallible humans.

China’s GDP expanded by 6.9 percent in the third quarter from a year earlier, according to official data released on Oct. 19. A sample of 50 economists polled by Reuters had expected growth of 6.8 percent year on year, with estimates ranging from 6.4 percent to 7.2 percent. Quarterly growth has not been so low since the 6.2 percent reported in the first quarter of 2009.

China’s ruling Communist Party will hold a meeting from Oct. 26 to Oct. 29 to discuss the contents of its thirteenth five-year plan, the state news agency Xinhua reported on Oct. 12.

The five-year plan, the first of which was issued in 1953, outlines China’s main policy goals, and typically includes a large number of numerical targets for growth, exports, investment and social development. It is generally rubber-stamped at the National People’s Congress in the spring.

The current five-year plan includes an expected average GDP growth of 7 percent a year, along with targets on the energy intensity of growth and speed of urbanisation.