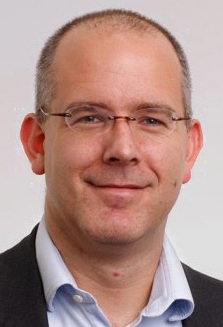 Hopes of averting climate change are being pitted against urban reality. Enough countries have finally just ratified last year’s United Nations Paris Accord to make it stick. The real battle, though, will be fought by cities, which account for 75 percent of greenhouse-gas emissions. Success depends on overcoming bureaucracy, constrained budgets and ignorance.

Plenty of metropolitan areas have pledged to act. More than 7,000 of them have signed up to the Global Covenant of Mayors for Climate and Energy. A number of them have committed to impressive goals. New York City, for example, wants to reduce its greenhouse-gas emissions by 80 percent by 2050. Iceland’s Reykjavik aims to be carbon neutral by 2040 while the leaders of Norway’s capital, Oslo, said they intend to halve emissions within just four years.

These are encouraging developments, as is a growing willingness for municipal governments to work with the private sector. Some 277 of CDP’s respondents, for example, are working on 720 climate-related joint projects costing about $26 billion. They range from renewable energy to transport to water to lighting.

These initiatives are mission-critical. Municipal government operations, after all, are directly responsible on average for just 3 percent of emissions, according to CDP. Businesses and individuals account for the rest. At times, a mix of moral suasion and self-interest can suffice to change harmful practices: the 57 corporations, universities, real-estate firms and hospitals that accepted the 2007 NYC Carbon Challenge to reduce building emissions, for example, between them now save an estimated $175 million a year in energy costs.

Overall, though, a whopping $57 trillion of urban investment will be needed globally by 2030 in low-carbon transport, water, energy and telecommunications infrastructure. There’s the rub: for many Western cities, budgets are tight. Access to funding for emerging-market metropolises, meanwhile, can be tough. For one thing, most have low or no credit ratings.

That can make even projects that might pay for themselves within a couple of years hard to push through. Using LEDs for streetlights, for example, can cut electricity usage by up to 70 percent, according to engineering outfit Black & Veatch.

Projects also can get bogged down by inter-departmental wrangling or be undertaken by one arm of government without involving others. Some 63 percent of U.S. municipal government respondents in a Black & Veatch report earlier this year on developing smart cities said their smart grid, smart water and automation programs are run independently of each other.

Worse, goals are often not well understood. Three-fifths of those in the same survey did not know, for example, what if any rate of return their municipality required on infrastructure projects. And overall, the environment ranked only fifth on the list of motivating factors for investment, way behind showing long-term vision, cost pressures and crisis avoidance.

Most cities promising to cut emissions also are working with the private sector, according to CDP. That is one way to get an edge, anecdotally at least. It could entice the brightest minds to flock to the most collaborative municipalities, which in turn could make them more attractive locations for companies involved in clean tech and other climate change-related businesses, boosting both expertise and tax revenue.

Cities have to hustle in such a battle for talent and resources. The aim of the Paris Accord is to keep the global average temperature increase since the Industrial Revolution to less than 2 degrees Celsius – and preferably 1.5 degrees – by 2030. Ramping up major projects can take a decade or more. Time is not on their side.

The United Nations climate accord struck in Paris last December will formally take effect on Nov. 4 after Canada, Bolivia, Nepal and a number of European countries officially ratified the agreement on Oct. 5. That means states representing nearly 57 percent of world greenhouse-gas emissions now back the accord. The trigger was 55 percent.

The United Nations climate accord struck in Paris last December will formally take effect on Nov. 4 after Canada, Bolivia, Nepal and a number of European countries officially ratified the agreement on Oct. 5. That means states representing nearly 57 percent of world greenhouse-gas emissions now back the accord. The trigger was 55 percent.