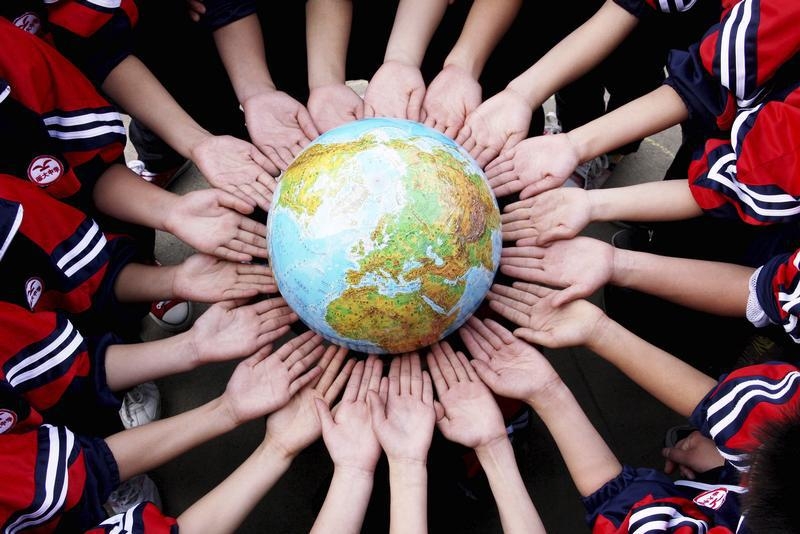 Climate change offers the investment deal of the century. The cost of reducing carbon emissions and implementing other sustainable development goals runs to the tens of trillions of dollars. It ought, though, to spur growth and jobs and create the kinds of assets investors crave – as long as policymakers follow through on their pledges, too.

On Friday, the annual Earth Day, more than 150 world leaders will formally sign the climate change accord struck in Paris in December. The framework aims to limit the average rise in the world’s temperature since before the Industrial Revolution to 1.5 degrees Celsius.

There’s plenty of potential financial downside. Complying with the Paris targets could render around $33 trillion worth of oil and gas company assets unusable, according to Barclays. The value of investment portfolios, meanwhile, could lose at least $2.5 trillion to start with and as much as 10 times that amount by the end of the century if temperatures keep rising, according to the London School of Economics.

Such analysis helps define what’s at stake. But the alarmist perspective distracts from huge potential economic and financial opportunities. The commitments made in Paris to boost energy efficiency and develop low-carbon technology could require investments of $13.5 trillion by 2030, representing nearly 40 percent of total investment in the energy sector, according to the International Energy Agency. The cost of infrastructure needs overall could hit $90 trillion.

Throw in the need for better water systems, sustainable agriculture and other issues, and the number keeps rising. Some projects will be relatively easy to finance. Halving carbon dioxide emissions at inefficient wastewater plants would in many cases turn a profit, according to water-infrastructure firm Xylem, and be good fodder for, say, a bond deal. That’s likely to be the case with many such upgrades.

Building some kinds of alternative-energy stations should be relatively simple for private capital to finance, too. Over half of new plants opened last year, for example, shun fossil fuels.

The larger-scale projects are likely to have a few things in common. They’ll need long-term debt financing; they’ll involve physical assets upon which loans could be secured; and they’re likely to pay a decent rate of interest. Many of them should be able to provide reasonable returns over a long period without great risk or reliance on financial engineering. That’s precisely the profile of investment that yield-hungry pension and insurance funds are after.

Funding sustainable development appeals to millennials, the latest class of potential clients for asset managers. Some of the best financial research on climate change emanates from firms with big wealth management and high-net-worth divisions like UBS, Bank of America Merrill Lynch, Morgan Stanley and HSBC. Paying attention to climate-change investing may help them retain the business of the younger generation of investors.

There’s already a large sum of money that at least nominally is earmarked for sustainable development. Morgan Stanley put the figure at $6.6 trillion, or 6 percent of U.S. assets, for 2014. More recently, HSBC estimated it could be as high as almost a third of all assets under management. Much of that, though, at present focuses on taking or keeping money away from polluting companies rather than actively looking for new projects to support.

Alternative funding methods are taking up some of the slack. A Bill Gates-led team of billionaires pledged to provide flexible, patient capital for early-stage energy innovation. NatureVest, the investing arm of the non-profit Nature Conservancy run by former Goldman Sachs banker Mark Tercek, facilitates deals in, for example, water, forestry, oceans and agriculture that both improve the planet and usually offer yields on debt financing in the high single digits.

It has just, for example, launched an A$27 million ($20 million) fund to invest in water rights in parts of Australia’s drought-stricken Murray-Darling river basin which will benefit farmers, the environment and investors. The aim is to increase it to A$100 million as well as set up similar funds in Latin America and the western United States.

Much more will be needed, though. That’s where governments come in. The sum of pledges made in Paris, impressive as they are, would leave the average global temperature 2.7 degrees Celsius above pre-industrial levels by 2100, according to Climate Action Tracker.

Even Gates admits that innovations won’t make a dent unless fossil-fuel consumption is cut right down. National legislation could help achieve that but faces opposition. U.S. President Barack Obama’s proposal to regulate coal-fired power plants attracted lawsuits from 24 states and was temporarily blocked by the Supreme Court in February. Other countries’ policies are inconsistent – India recently upped its tax on mining coal, but still plans to double production to 1.5 billion tonnes by 2020.

Governments do not have a good track record with their financial pledges, either. Paris signatories agreed to spend $100 billion a year to help developing countries with climate change. But rich states made a similar, 11-year promise in 2009. By 2014, they were only spending $62 billion, according to the OECD, but that figure has been attacked for double-counting, mislabeling and misreporting investments.

Investor pressure can raise awareness, too. Anglo American on Thursday became the latest in a string of oil, gas and mining companies to accept a shareholder resolution asking for better disclosure of climate change-related risks. But the growth of sustainable development offers the world’s money managers more lucrative roles to play.

Leaders from more than 150 countries are set on April 22 to sign the climate change accord struck at the United Nations’ 21st Conference of Parties – known as COP 21 – held in Paris in December.

Leaders from more than 150 countries are set on April 22 to sign the climate change accord struck at the United Nations’ 21st Conference of Parties – known as COP 21 – held in Paris in December.