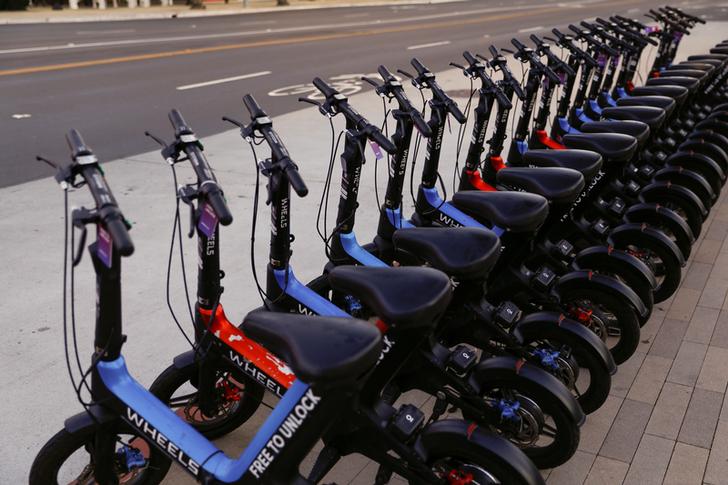 Electric bikes are giving the market for two-wheeled transport a big jolt. The pandemic that has boosted demand for bicycles also looks set to accelerate the shift to battery-assisted pedalling. As in the automobile market, though, the change is disruptive. Established players will have to make room for new upstarts.

For the first time since they were shunted aside by the arrival of automobiles a century ago, bicycles are enjoying a global resurgence due to the coronavirus. Closed shops due to lockdowns and socially distanced factories initially punctured demand and disrupted supply in the industry, which Bank of America analysts estimate earns $65 billion in annual retail revenues. But sales are now rebounding, as travellers eschew public transport and embrace solitary outdoor exercise. Giant Manufacturing, the $4 billion Taiwanese group, saw revenue jump 55% year-on-year in June. British retailer Halfords reported a similar-sized spike in its cycling business in the 13 weeks to early July.

Renewed enthusiasm for two-wheeled transport has also turbocharged e-bikes. The battery-powered vehicles, which help riders puff up hills or into a strong wind, were already gaining ground, helped by lighter and longer-lasting batteries and better motors. More than 40% of the bicycles sold in bike-mad the Netherlands last year, for example, were electric. In Germany, a third of the 4.3 million new bicycles sold had a battery, according to the country’s industry association.

Covid-19 has provided a further spark. E-bikes appeal to commuters who are keen to avoid public transport, but don’t want to dress head-to-toe in Lycra and treat their journey to work like a stage of the Tour de France. Manufacturers have struggled to keep up with demand. VanMoof, a Dutch firm which makes futuristic e-bikes that sell for around 2,000 euros each, is planning to double its manufacturing capacity to 12,000 vehicles a month by the end of the summer.

Governments, spotting an opportunity to reduce carbon emissions, are helping too. Cities like London, New York and Berlin have hastily built new bike lanes, while several countries have offered fiscal sweeteners. Italy is reimbursing citizens for as much as 60% of the cost of a new bicycle, e-bike or e-scooter, up to 500 euros. Electric power also helps stimulate the use of shared-bike schemes, like those operated by Uber Technologies-owned Jump.

It’s not just commuters and tourists who see the benefits of battery-assisted pedalling. Electric cargo bikes offer a quieter and cleaner alternative to vans for making deliveries in urban areas. And as cities turn over more road space to bicycles, motorcyclists may be tempted to switch. Manufacturers like Triumph Motorcycles and Piaggio now offer e-bikes alongside their motorised two-wheelers.

So far, existing bike manufacturers have been the main beneficiaries of the boom. Accell, the $730 million Dutch group which owns brands such as Raleigh and Sparta, earned more than half its revenue from e-bikes last year. Investors are betting that will continue. Giant shares have risen 43% so far this year, and are now valued at 26 times Daiwa Capital Markets’ forecast earnings for 2021. Shimano, the $19 billion Japanese group that controls roughly half the global market for bicycle components like gears and brakes, trades on a forward multiple of 35 times, according to Refinitiv data.

However, just as the shift to battery powered cars opened the door for new players like Tesla, upstarts are staking their claim in the e-bike market. While most conventional bicycles are assembled using mass-produced parts, new manufacturers are building batteries into frames, while adding features such as electric alarms and smartphone controls. In a sign of the industry’s potential, German industrial giant Robert Bosch earlier this year created a new standalone unit that makes batteries and other parts like anti-lock brakes for e-bikes.

Whether the global cycling revival survives the end of lockdown and the arrival of colder and wetter weather remain to be seen. A permanent shift to home working might also mean less commuting. And subdued economic growth could discourage consumers from spending on more expensive e-bikes.

Yet the broader shift to battery-powered pedalling looks here to stay. Enthusiasm about electric cars this week propelled Tesla’s market value to almost $300 billion, even though Elon Musk’s company accounted for barely 1% of the 17 million cars sold in the United States last year, according to data from Edmunds. The e-bike market looks well-developed by comparison.

UK retailer Halfords on July 7 reported that revenue in its cycling business had risen 57% on a like-for-like basis in the 13 weeks to July 3, “helped by the avoidance of public transport, favourable weather conditions and the increased adoption of cycling as a health and leisure activity”.

The UK Bicycle Association on June 26 said that sales of bicycles worth between 400 pounds and 1,000 pounds more than doubled in April 2020 compared to the same month a year earlier. Sales of e-bikes were up 55% by value and 48% by volume.

The E-bike sharing company Wheels rents their version of the electric scooter on a sidewalk in San Diego, California, U.S., March 17, 2019.

UK retailer Halfords on July 7 reported that revenue in its cycling business had risen 57% on a like-for-like basis in the 13 weeks to July 3, “helped by the avoidance of public transport, favourable weather conditions and the increased adoption of cycling as a health and leisure activity”.

The UK Bicycle Association on June 26 said that sales of bicycles worth between 400 pounds and 1,000 pounds more than doubled in April 2020 compared to the same month a year earlier. Sales of e-bikes were up 55% by value and 48% by volume.