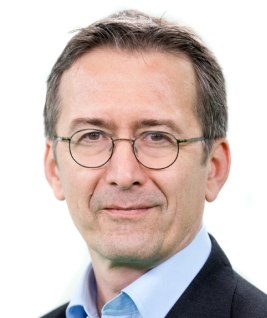 For the euro zone, the victory of the anti-austerity Syriza party in the Greek election is not just a political test. It marks the beginning of a new, more promising phase of the monetary union’s history, the end of a five-month transition period that saw the monetary union break the German spell. Austerity at all costs cannot, will not be at the heart of Europe’s crisis-resolution mechanism, as it has been for the last five years.

It started last August, with a speech by Mario Draghi to the world’s leading central bankers in Jackson Hole, Wyoming, when the European Central Bank president signaled that he was ready to break long-standing taboos. Now, for the first time, voters in a monetary union member state have chosen a government that built its campaign around its opposition to austerity. But the Greeks have also elected a pro-euro, pro-Europe party. New Prime Minister Alexis Tsipras wouldn’t have received such a broad mandate if he had not silenced the leftist part of his movement openly contemplating a euro exit.

Because of that anti-austerity, pro-euro stance, Greece will wield much more influence than its 2 percent of euro zone GDP would normally merit. Other governments worry because much can go wrong in the high-stakes negotiations between Athens, its creditor countries and the European Central Bank. But in quite a few capitals, leaders are silently hoping that the Greek election becomes a catalyst for a change in the European conversation. Without abandoning the need for fiscal prudence, they’re eager to start talking more about growth, job creation and the best ways to boost the economies of the block and its individual members.

In his Jackson Hole speech, Draghi signaled that the European Central Bank was reconsidering two key pillars of the Berlin-Brussels consensus. He called for a rethink of fiscal austerity in countries that could afford stimulus (guess who?), and he announced that the ECB was ready to loosen monetary policy. Then, after cornering German authorities into admitting that low inflation threatened to become a problem, he designed the path towards full-blown quantitative easing. In the end, Germany won some serious concession on loss-sharing, but the massive, open-ended nature of the bond-buying programme ran counter to Berlin’s long-held views on monetary policy.

The euro zone now has as loose a monetary policy as it will get. It is also well on the way to a true banking union – one of the most important achievements to come out of the crisis. And the terms of the debate are changing. Governments in France and Italy, willing to reform but in need of some fiscal breathing space, are making the case for well-considered economic stimulus. Together, the two countries have contributed 50 percent more than Germany to the two Greek bailouts, so they should find a way to make their views heard.

In the next few weeks the euro zone will go back to its crisis mode. Expect talk of “insurmountable” differences, final ultimatums, stern warnings and last-minute compromises. How the new government in Athens will choose to use its victory remains a big unknown. But like its predecessors, it will have to show that it is not asking the Germans, the French or the Italians to pay the taxes that Greeks don’t pay. Just as Angela Merkel must take into consideration the will of Greek voters, Alexis Tsipras must understand the concerns of German ones.

The leaders of the monetary union and the European Commission can seize the Greek moment to shake off their austerity-cum-structural reforms trance. Declaring independence from Berlin doesn’t mean they can ignore economic realities. But it gives them the opportunity to design policies that go beyond pain and fiscal tightening. Syriza may err, disappoint or fail, but the implications of its electoral victory are already extending far beyond Greece’s borders.