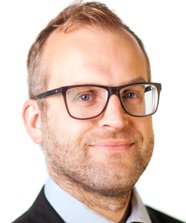 It’s a year since the two exchanges proposed joining forces. The European Commission will soon decide if the tie-up is anti-competitive. A thumbs-down would spare both sides the need to navigate post-Brexit political waters, and force them to do the sensible thing: wait.

Britain should block any attempt by Germany to shift the headquarters of the London Stock Exchange to Frankfurt after it merges with rival Deutsche Boerse, a British lawmaker said on Feb 21.

Bill Cash, a British Conservative lawmaker who chairs the House of Commons European Scrutiny Committee, told Reuters that keeping the LSE headquartered in London was a matter of national interest.

Thomas Schaefer, the finance minister of the state of Hesse, home to Deutsche Boerse, told Reuters earlier this month that the headquarters should be in Frankfurt.

LSE and Deutsche Boerse may consider state aid remedies beyond the sale of France's LCH.Clearnet SA, the Financial Times reported on Feb. 22.

Deutsche Boerse and the London Stock Exchange unveiled their merger proposal on Feb. 23, 2016.