Not ready for the real world 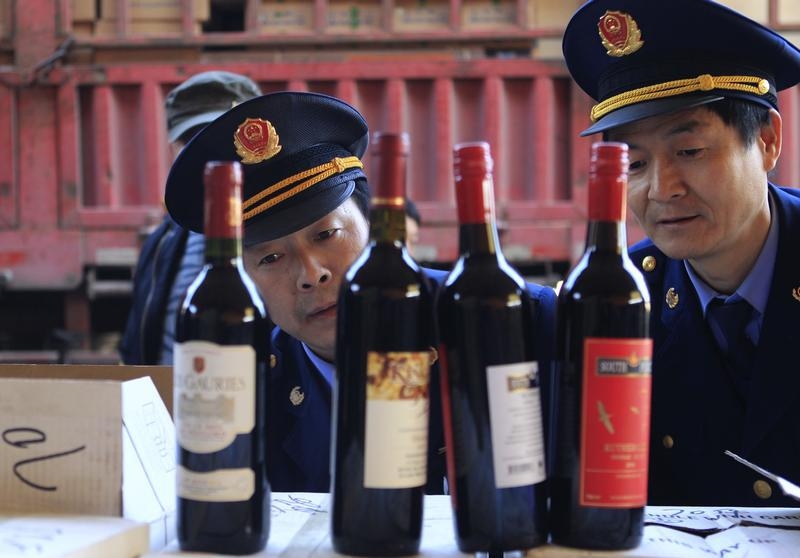 Pseudo-Prada bags, sham Apple stores, even artificial eggs – China’s ability to generate fake versions of familiar items is legendary. Around three-quarters of knock-off goods seized by U.S. and European customs come from the People’s Republic. The government has been talking a good game, including what looks like a new focus on fake goods sold via the country’s biggest e-commerce company, Alibaba. The trouble is that incentives aren’t straightforward. While copying hurts innovation and trust, a counterfeit-free China wouldn’t be good for everyone.

Fakes have plagued China since at least the third century AD, when forged chapters were surreptitiously added to the ancient “Book of Documents”. E-commerce has added a new dimension, and a kind of solution. Previously, tracking down fake products meant infiltrating a sprawling local supply chain. Taobao, Alibaba’s e-Bay-like platform, has created a focal point: It attracts around 85 percent of China’s online shopping activity. A simple search for Jimmy Choo shoes immediately turns up hundreds of items costing less than $50 from suppliers all over China, even though the real thing typically costs more than ten times as much.

The case for curbing counterfeiting is straightforward. First, it would encourage native innovation: If consumers knew what they were getting was real, selling prices would be likely to rise, and wasteful consumption fall. Government pledges to cut red tape may now be giving bureaucrats a new reason to make themselves useful. Both the State Administration for Industry and Commmerce and China’s main product quality watchdog have published reports in the last month criticizing the fakes trade – and pointing fingers at Taobao.

Alibaba claims an anti-fakes task force of 2,000 people, just less than 10 percent of its total workforce. But that’s far from enough for a company whose websites host 8.5 million sellers and over 1 billion products. Besides, the company’s staff aren’t just looking for fakes but also checking paperwork, liaising with regulators and listening to complaints. Online cosmetics retailer Jumei uses chemical analysis to see if creams and potions are real, but that doesn’t work with a pair of shoes. Besides, “shanzhai” handbags or clothes are often bought intentionally.

Taobao has pledged to root out fakes, calling them a “cancer”. But success would be costly. Cutting counterfeits out would require employing many more pairs of eyes. Taobao’s business model also relies on the effect of having millions of buyers to bid up the price of keywords on its product searches. The State Administration of Industry and Commerce suggested 92 percent of the products sampled were fake or of inadequate quality. Its methods were too simplistic, but cutting back the number of keyword bidders by even a few percent could hit advertising fees, squeezing Alibaba’s 36 percent operating margin.

Even with more vigilance and expense, Taobao will still harbour dark corners. Buyers and sellers can chat on the site’s hosted messaging service, allowing vendors to keep their fake or banned goods away from public view. Unlike rival JD.com, Alibaba doesn’t own warehouses and trucks, or hold inventory, which limits its ability to monitor what passes through its sites. Sellers on Taobao tend to be intermediaries rather than the brands themselves.

Fortunately for Alibaba investors, there are two things that might give China pause in its quest to stop online knock-offs – or at least those that don’t endanger buyers’ health. To begin with, blocking shady sellers from online platforms would just make physical suppliers harder to find. More importantly, jobs are at stake. Just under 30 percent of the urban workforce works in manufacturing – even more than a decade ago. Fakes are the inevitable consequence of an economy based on churning out low-cost goods.

As manufacturing shrinks over time, the opportunities and incentives to create fakes will recede, or at least be transferred to other, poorer countries. But the shift won’t happen smoothly without enough service and consumption-led jobs to take the place of those China has outgrown. There, the People’s Republic just isn’t ready. That logic might be the best reason to hope regulators will refrain from punishing Alibaba with hefty fines and curbs to its business. When job creation is weakening and wages slowing, eliminating the roaring trade in fakes is better talked about than achieved.

The proliferation of shoddy goods online was a threat to China’s reputation, and the ruling Communist Party and government took the issue seriously, Zhi Shuping, director-general of the General Administration of Quality Supervision, Inspection and Quarantine said in the meeting that took place on Feb. 9.

Ma had previously met with the State Administration for Industry and Commerce on Jan. 30 to discuss how to fight the sale of fake products, following a row over counterfeit goods on the Chinese e-commerce group’s platforms.

The Jan. 30 meeting took place the same day the State Administration for Industry and Commerce backtracked on an earlier report that said the Chinese online commerce company had failed to suppress counterfeiting on its websites.

Ma promised to “actively co-operate with the government” and “devote more capital” to weeding out fake goods, according to state newswire Xinhua.