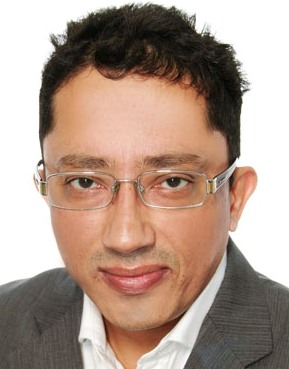 SoftBank’s Masayoshi Son says automatons may outnumber humans in 30 years. It sounds far-fetched. But robots are 80 percent cheaper now than in 1990, and getting lighter and safer for people to use. That makes them a big risk to many of the world’s 6 billion future workers.

”In 30 years, the number of robots would be more than the number of humans,” Masayoshi Son, chairman of Japan’s SoftBank Group, told reporters in New Delhi on June 22, a few days after his companies began selling what they claim to be the world’s first personal robot that reads emotions. A business version of the machine, named “Pepper,” will be launched in July, according to a company statement.

A February 2015 study by economists Georg Graetz of Uppsala University and Guy Michaels of London School of Economics, using data from the International Federation of Robotics, has shown that robots of the same quality have become almost 80 percent cheaper between 1990 and 2005.

In the 17 countries studied by Graetz and Michaels, increasing use of robots raised annual growth of labour productivity by 0.36 percentage point, a figure which is “fairly comparable to the estimated total contribution of steam technology to British annual labour productivity growth of around 0.35 percentage points, which was, however, sustained over a period that was about four times longer, from 1850-1910,” the researchers noted.

Almost half of all U.S. jobs may be at risk from computerisation and automation, according to a September 2013 analysis of 702 occupations by University of Oxford researchers Carl Frey and Michael Osborne. Massachusetts Institute of Technology economist David Autor argued in an August 2014 paper that “challenges to substituting machines for workers in tasks requiring adaptability, common sense, and creativity remain immense.”