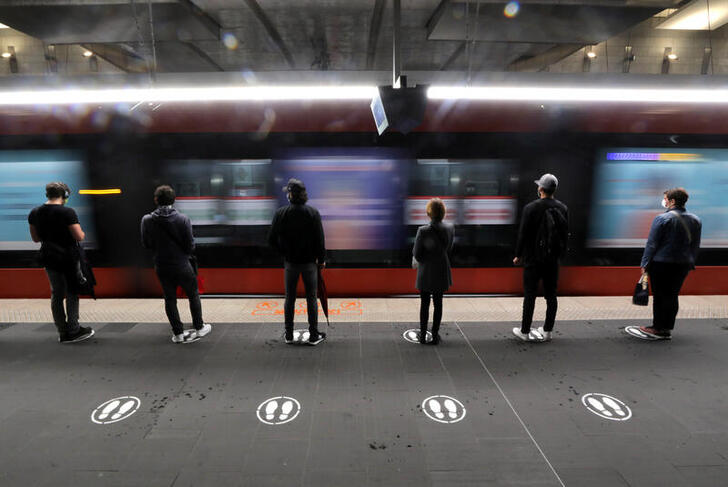 The coronavirus pandemic has upended conventional thinking about economics and finance. Previously radical ideas, such as governments paying private sector wages, have rapidly become mainstream. In the same way, the crisis looks set to push fringe tax proposals to the fore.

It’s too soon to introduce any new taxes. Governments are spending freely to mitigate an economic shock from becoming a prolonged slump. When normal life resumes, most consumers and companies will probably want to save more and spend less than before. Public deficits will have to pick up the slack.

At some point, however, governments will have to repair the damage to their finances. Average sovereign debt in developed countries is set to rise above 120% of gross domestic product, according to the International Monetary Fund. Returning to the economic austerity that followed the 2008 financial crisis is impossible. Fixing the holes in public healthcare systems exposed by Covid-19 requires more spending, not less. Politicians won’t dare to rekindle the public anger caused by previous cuts that ushered in a wave of populism.

The case for raising taxes is stronger. State and central bank bailouts helped investors by propping up equity and bond markets, while ultra-low interest rates are supporting already high property prices. Pressure to share that windfall will give new impetus for wealth taxes, like U.S. Senator Elizabeth Warren’s proposal for an annual levy on Americans with net worth above $50 million. University of California, Berkeley economists Emmanuel Saez and Gabriel Zucman estimated the scheme would raise around $200 billion a year, equivalent to almost 1% of U.S. GDP.

That’s not the only way to make the well-off pay more. Higher taxes on inherited wealth is one option; so are increased charges on profits from real estate. In the United States, classifying carried interest earned by fund managers as income, rather than lighter-taxed capital gains, would close a long-standing loophole. These measures would also tend to hit older citizens, who are most at risk from Covid-19 and therefore the main beneficiaries of widespread lockdowns. That would help address the pandemic’s intergenerational inequities.

Corporate profits are another prime target. Governments from Denmark to Poland have already excluded companies located in tax havens from receiving bailout cash. When the pandemic eases, companies will face even greater public pressure to pay their fair share. Some politicians may try again to introduce a tax on financial transactions, an idea more debated than implemented since it was first proposed by the economist James Tobin in the 1970s.

The drive to tax tech companies, which was already underway in Europe, will gain new urgency after a period in which Amazon and Alphabet have become even more powerful. Such measures are unlikely to be big revenue earners. Britain’s 2% tax on the revenue of social media companies, search engines and online marketplaces – which came into force in April – is expected to raise just 515 million pounds a year by 2025. But they will be popular. Companies which reaped windfall profits, such as online retailers and medical equipment makers, could become targets for one-off taxes.

The virus may also spur some overdue changes to the tax system. One idea that could be dusted off is reducing or eliminating the tax shield on debt. Charging tax on earnings after deducting interest charges gives companies – and consumers in some countries – a perverse incentive to borrow. Fixing that isn’t straightforward, and probably wouldn’t raise much revenue. But it would make economies less vulnerable to future debt crises.

Likewise, advocates for taxing carbon will spy an opportunity to push a measure that helps fight climate change. The sharp drop in oil prices creates a window to raise taxes without directly hurting consumers. India was the first major economy to hike fuel taxes. However, most governments will be wary of introducing levies that fall disproportionately on poorer citizens, having seen how fuel levies sparked the “Yellow vest” protests in France two years ago. So, carbon taxes will probably have to redistribute whatever revenue they bring in.

How will politicians justify extra spending? They can earmark increased taxes for certain projects, like preparing for future pandemics. Governments tend to resist such proposals, because they remove budget flexibility and make spending dependent on unpredictable income. However, after a crisis that has demonstrated the importance of healthcare systems, such “hypothecated” taxes may be the best way to persuade voters.

Some taxes may start as temporary measures, or one-off levies. But history suggests governments don’t willingly give up new sources of revenue. Britain started taxing income in 1799 as a short-term way to pay for the cost of fighting Napoleon Bonaparte. It never stopped.

People stand on signs to respect social distancing on a platform for the tramway in Nice as France begun a gradual end to a nationwide lockdown due to the coronavirus disease (COVID-19), France, May 11, 2020.

India on May 5 increased its taxes and duties on petrol and diesel instead of passing on the benefit of lower crude oil prices to consumers, as the government moved to raise revenues in an economy that ground to a halt in the coronavirus crisis.

The same day some state governments sharply raised taxes on alcohol in a bid to bolster their own coffers that have also taken a hit amid the nationwide lockdown that began on March 25.

Denmark on April 18 became one of the first countries to ban companies that are registered in tax havens from accessing financial aid during the coronavirus pandemic. The restriction applies to firms registered in countries on the European Union’s list of “non-cooperative tax jurisdictions”, according to Rune Lund, tax spokesman for the leftist Red-Green Alliance.