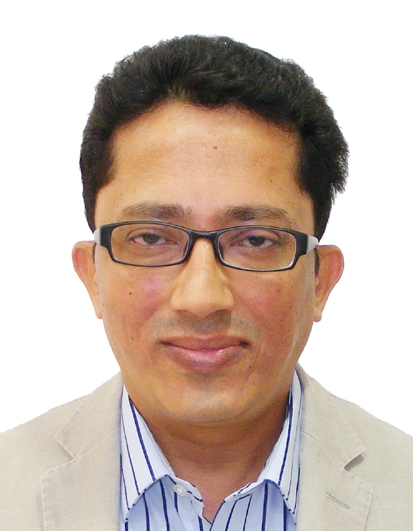 The $1-a-day threshold, the most-often cited marker of penury, is an anachronistic legacy from the time when being able to fill a human stomach could be reasonably equated with putting raw manpower to productive use in farms, factories and on construction sites.

India’s threshold for deprivation, the first attempt by any poor country to define poverty in the post-colonial era, came into being in the 1970s by assuming a subsistence requirement of 2,250 calories a day. The price of those calories turned out to be $1, which went on to become the worldwide norm. After tweaks and updates, the global poverty line now stands at the purchasing power-adjusted equivalent of $1.25.

London School of Economics anthropologist Jason Hickel has argued that the United Nations should raise the bar to a more honest $2.5 when it adopts sustainable development goals next year.

To see why that would be a good start, consider the year for which the original global poverty line was computed: 1985. When the base was updated to 1993, the threshold was raised to just $1.08. But international inflation in the intervening eight-year period had been closer to 30 percent than 8 percent, as economist Surjit Bhalla argued in his 2002 book, “Imagine There is no Country”. The latest $1.25-a-day marker refers to prices in 2005, and continues to defy common sense. It’s hardly likely that the cost of the food that the poor eat has risen by just 25 percent in two decades.

A slightly more realistic $1.51-a-day poverty line for Asian countries would define an additional 343 million people as poor, according to a recent estimate by the Asian Development Bank. Include those who are vulnerable to slipping below the threshold because of food-price inflation, ill health, economic crises and natural disasters, and the ranks of Asia’s poor would swell by 1 billion to 1.7 billion, the ADB says.

For a more accurate picture, however, policymakers should be moving beyond artificial global markers. One way would be to think about the lifecycle of a typical family in order for it to be considered “un-poor” in a particular country. Besides escaping hunger, this household needs the means to exploit economic opportunities. It should be able afford to afford a dwelling, educate children, and buy basic healthcare, old-age security and insurance against disability and death. Putting a value on this lifecycle, after subtracting state subsidies, would produce a figure for the number of families that do not make the cut based on current earnings. Adding up national estimates would generate a more accurate count for the global poor.

Such an exercise would represent a modest attempt to quantify what economist Amartya Sen calls “capability deprivation”, which has led to welfare indicators like the U.N. Human Development Index. Even then, it would be almost impossible to create an all-encompassing basket of capabilities in order to precisely identify those who are unable to “own” it. If a seamstress in Bangladesh sends her children to school by working in a garment factory that is about to collapse, it’s hard to say whether the family is poor or not.

In the end, any estimation of poverty will be found wanting. But it’s time to drop the smug industrial-age view that if only everyone has enough to eat, a Dickensian slide into helplessness and brutality will be avoided for those who own no land or capital, and that nobody will need to do a dirty, dangerous, or demeaning job.

More fundamentally, the concept of being able to buy just enough food to survive and work is increasingly meaningless. The repetitive, manual jobs that transform food into work and wages into food are disappearing under the onslaught of technology.

Even in relatively less-affluent societies, the opportunities for the poor are now more likely to be in industries where the workers have to speak the right way, be adequately groomed, able to adapt to intelligent machines, and plugged into the demands of the local market – usually via mobile phones. All these capabilities cost money, and not being able to afford them is a type of post-industrial poverty.

If today’s parents can’t make it in a post-industrial world, tomorrow’s children could well be serfs to their robot-masters. That would be the real poverty of the human imagination.

The global poverty line, currently set at income or expenditure of $1.25 a day, does not fully capture the true extent of extreme poverty, the Asian Development Bank said in an Aug. 20 report.

A more realistic marker of $1.51 a day would reveal an additional 343 million Asians as poor, the ADB said. Including those who are at risk of falling below the threshold because of food-price inflation, ill-health, economic crises and natural disasters would define 1.75 billion people in the world’s most-populous continent as facing extreme poverty, adding 1.02 billion to the current estimates.

The global poverty line, currently set at income or expenditure of $1.25 a day, does not fully capture the true extent of extreme poverty, the Asian Development Bank said in an Aug. 20 report.

A more realistic marker of $1.51 a day would reveal an additional 343 million Asians as poor, the ADB said. Including those who are at risk of falling below the threshold because of food-price inflation, ill-health, economic crises and natural disasters would define 1.75 billion people in the world’s most-populous continent as facing extreme poverty, adding 1.02 billion to the current estimates.