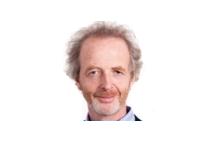 The euro zone and the International Monetary Fund are putting nearly 50 billion euros into Greece’s banks. But they don’t want to take control of the lenders themselves or let Greek politicians meddle in the industry. So they’ve concocted a governance scheme which risks leaving too much power with existing owners.

The capital infusion – which, incidentally, doesn’t look big enough – is designed to fill a hole in the lenders’ balance sheets caused by losses on Greek government bonds and rising bad debts.

But the Greek financial system is also dogged by allegations of unhealthy links between the banks, their key shareholders, political parties and the media. The Hellenic Financial Stability Fund (HFSF), the vehicle that receives bailout money and injects it into the banks, has conducted due diligence on this nexus, but has not published its findings. Meanwhile, Reuters has reported a series of controversial transactions between Piraeus Bank and its chairman. Piraeus denies any wrongdoing.

It is important for the overall success of Greece’s reform programme that its banking system operates at arms’ length from these powerful interests. But how best to achieve this? The Troika – comprising the European Commission, the European Central Bank and the IMF – doesn’t want to embrace either of the obvious remedies: forcing Athens to nationalise the lenders, or insisting on Troika control. Nationalisation could enable politicians to manipulate the banks, while outside control could trigger a patriotic backlash.

So Greece’s rescuers have come up with an arrangement that gives them some influence alongside Athens and the banks’ existing shareholders.

To start with, three of the HFSF’s five board members will be subject to Troika approval, and the fund’s chairman is expected to be Dutch rather than Greek. The Troika also has two “observers” on the board.

At the same time, the HSFS’s power to intervene in the banks it supports will be limited. The idea is to prevent Greek politicians pulling the strings. So if the banks can raise at least 10 percent of their capital needs privately, the HFSF won’t have the right to change their directors.

Given Greece’s plight, it might seem an impossible task for the banks to raise even 10 percent of the required money. But two of the big four – Alpha and Piraeus – might be able to. Both have acquired the Greek subsidiaries of foreign banks recently and, in the process, the vendors have had to inject extra capital to grease the deals. That capital somewhat surprisingly counts towards the 10 percent threshold, so cutting the cash existing shareholders have to stump up themselves.

The Troika is alive to the risk of conflicts of interest so it has recently insisted on appointing a “monitoring trustee” for each bank. The trustees will report directly to Brussels and have the ability to block transactions – with a particular focus on those with related parties, the media and political groups. Some of the details, though, are unclear. For example, will the trustees have less power over banks that reach the 10 percent threshold for private capital?

Although this balancing act is ingenious, it still may not be adequate to prevent problems. Given the huge amount of foreign taxpayers’ money that is at stake, the Troika might have been wiser to take more control of the HFSF itself and then give it authority to change all bank directors, regardless of the level of private capital raised by the banks. Still, Greece’s saviours have made their choice. For their gamble to have a decent chance of success, they now need to appoint a crack team of trustees and ensure they have real teeth.

Greece will receive 23.8 billion euros to recapitalise its banks as part of its latest tranche of bailout cash. Taking into account capital injected earlier this year, nearly 50 billion euros will be provided to the country’s lenders.

Greece will receive 23.8 billion euros to recapitalise its banks as part of its latest tranche of bailout cash. Taking into account capital injected earlier this year, nearly 50 billion euros will be provided to the country’s lenders.