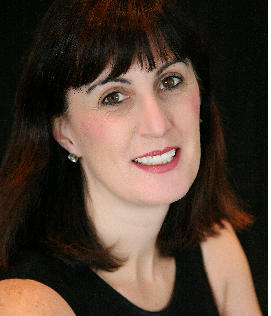 Arthur Andersen is back from the dead. A group of former partners from the accounting firm is reviving the brand a dozen years after its demise. It’s a display of hubris that attempts to give credence to some revisionist history about Andersen.

A rebranding in 2001 just months before the legacy firm’s implosion in the wake of Enron’s collapse stripped Arthur from the name. That global initiative was intended to break Andersen free from the homogeneity of the former Big Six, according to Andrew Baker, who worked on the doomed effort. A new orange ball logo couldn’t eclipse the multiple accusations of fraud.

Enron was no isolated event. Andersen was implicated in cases involving Sunbeam, WorldCom and others. Its settlement with the U.S. Securities and Exchange Commission over Waste Management was at the time, in early 2001, a rare fraud case against a big accounting firm. Though there was no admission of wrongdoing, a $7 million fine was levied and four audit partners were temporarily barred from doing work for public companies. Andersen was warned it could face a similar fate if it signed off on false financials again.

Then came the Enron-related criminal indictment. The U.S. Supreme Court eventually reversed Andersen’s obstruction of justice conviction based on bad jury instructions. Resurrecting Andersen, however, partly whitewashes the past.

Partners at Andersen Tax even fought accusations by the Internal Revenue Service that they sold bogus tax shelters while at the old Andersen, something rival KPMG admitted to in 2005. There’s no public court record of the case against the former WTAS being resolved. Meanwhile, Andersen’s real legacy has been to give regulators pause about going too hard against financial institutions, including accountancies, for fear of spurring another collapse.

Former colleagues say if anyone can make a go of a new Andersen, it’s probably Vorsatz. He made partner at the old version in record time. Even so, it is unrealistic to think the Andersen banner can reliably promise accountability again. Only an echo chamber full of bruised egos would truly believe that’s possible. Rather than rise to some semblance of former glory, the Andersen name is more likely to haunt clients again.

Francine McKenna is a certified public accountant who worked in the consulting and professional services industry for 25 years, including at KPMG and successor firm BearingPoint, where she was a managing director, and at PwC as a director auditing the firm itself. She writes a blog about the business of the Big Four accounting firms called re: The Auditors.

Francine McKenna is a certified public accountant who worked in the consulting and professional services industry for 25 years, including at KPMG and successor firm BearingPoint, where she was a managing director, and at PwC as a director auditing the firm itself. She writes a blog about the business of the Big Four accounting firms called re: The Auditors.