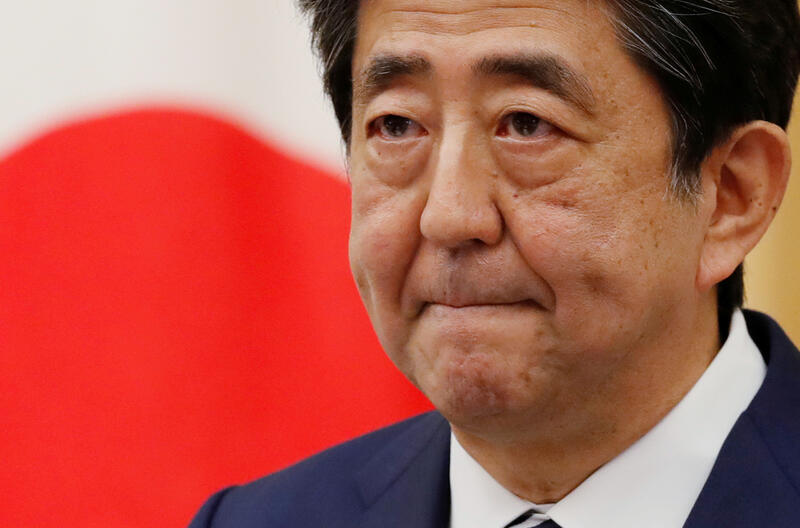 Shinzo Abe’s repeated recent visits to the hospital in recent days have prompted speculation that Japan’s longest-serving prime minister may step down before his term ends in September 2021. His retirement would clear the way to re-examine his signature economic policy, the unorthodox but only half-successful package known as Abenomics.

Abe, at 65, still suffers from a chronic inflammatory disease called ulcerative colitis, which prematurely terminated his first term in power back in 2007. His health and political career bounced back, putting him back in office in 2012, but both appear to have weakened this year. Guessing who his successor might be is not straightforward; Abe has not overtly cultivated one.

He is believed to prefer Fumio Kishida, chairman of the Liberal Democratic Party’s Policy Research Council, yet Fumio is unpopular, with a reputation for indecisiveness. More voters like Shigeru Ishiba, former LDP secretary-general and a critic of Abe. But Abe unsurprisingly opposes him, and he has limited support within the LDP. An alternative candidate could be 71-year-old Yoshihide Suga, chief cabinet secretary, also close to Abe. But his age and proximity to the prime minister might make it difficult for Suga to change Abe’s policies, even though the economy contracted 7.8% quarter-on-quarter in the three months through to June to around $4.6 trillion – about the size it was when Abenomics launched.

Abenomics deployed bold monetary easing – ultimately including negative interest rates – alongside fiscal stimulus and structural reforms to drag Japan out of decades of stagnation and deflation. That worked, as did efforts to hold down the yen against the dollar – which inflated the value of overseas earnings – and revived equity and real estate values. The central bank’s purchases of exchange-traded funds combined with higher profits to raise the Nikkei 225 Index from below 10,000 in 2012 to over 20,000. The selection of Tokyo to host the 2020 Olympic Games boosted tourism and spurred investments in real estate and infrastructure. He also inked important new trade agreements including the Trans-Pacific Partnership, which Japan led after U.S. President Trump abandoned the deal.

But the next cluster of targets – boosting average real GDP growth rate of 2% over 10 years, reheating consumer price inflation to 2%, and getting Japan Inc to stop hoarding cash and raise salaries to boost consumption – remain mostly aspirational. Abe pushed through valuable corporate governance reforms, introduced tax measures to promote stock investment by individuals, and labour market regulations to reduce overwork and narrow wage gaps. He also got more women and immigrants into the workforce. Yet the liberalisations were not bold enough. Average real GDP growth has been stuck around 1%.

Nor has Abe’s stimulus package to counter the Covid-19 outbreak found much traction yet, despite a headline figure equivalent to 40% of economic output. In fact the pandemic showed Japan’s corporate sector remains highly vulnerable to shocks, and exposed many public services as clunky, low-tech operations. Wage growth and capital investment are contracting. As a result Abe’s popularity ratings have fallen.

A vigorous replacement could tackle the problems that were inadequately addressed by the Abenomics template. But that person will also have to deal with the side effects of excessive monetary easing, including bond and stock market distortions and the de facto monetisation of public debt, which was equivalent to around 240% of GDP before the pandemic struck. Indeed, ultra-low interest rates and massive stock purchases by the government have slowed restructuring of the corporate sector, and indirectly sustained low productivity.

As critical are the stubborn social issues around Japan’s aging demographics and low birth rates, which impacts labour productivity, social security systems and public debt. Japan must also meet emissions targets in line with the Paris Agreement, and develop more renewable energy supplies instead of falling back on coal as it has done since the Fukushima nuclear reactor disaster. More digitisation of the economy will improve efficiency, as will welcoming even more immigrants.

Most broadly Japan must find a way to convince Asia and the rest of the world it is still capable of leadership, especially as China exerts more influence. To do that it must find a strong leader and give him or her a mandate to push through tougher changes. But at present the current front runners look more likely to tweak Abe’s approach than come up with a more exciting vision for economic transformation. It means Japan might be stuck with Abenomics long after its architect is gone.

Prime Minister Shinzo Abe has visited the hospital twice, once on Aug. 17 and once on Aug. 24. He suffers from chronic ulcerative colitis and has spoken of struggling with it since junior high school. Officials have declined to comment in detail on Abe's health, saying only that Monday's visit was connected to last week's check-up.

Sayuri Shirai is a professor of economics at Keio University and served as a member of Bank of Japan’s Policy Board from 2011 to 2016.

Prime Minister Shinzo Abe has visited the hospital twice, once on Aug. 17 and once on Aug. 24. He suffers from chronic ulcerative colitis and has spoken of struggling with it since junior high school. Officials have declined to comment in detail on Abe's health, saying only that Monday's visit was connected to last week's check-up.

Sayuri Shirai is a professor of economics at Keio University and served as a member of Bank of Japan’s Policy Board from 2011 to 2016.