Why German growth fears are overblown 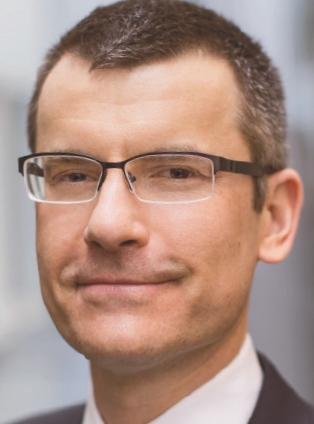 With GDP growing just 0.1 percent in the third quarter, it’s fair to say the recent news about the German economy has been poor. However, it would be unwise to get too caught up in the slowdown hype. Although the European Commission downgraded its forecast for the country’s 2015 GDP growth to 1.1 percent earlier this month, our research indicates this should be more like 1.5 percent. Despite renewed uncertainty over the euro zone’s stuttering economy, and over European Central Bank policy in particular, Germany is still competitive enough to pave the way for euro zone growth next year.

Admittedly, German data released so far this month has been disappointing. Purchasing managers’ indices, manufacturing orders and industrial production were all lower than consensus. Orders and production figures in particular were still down year-on-year. However, the purchasing managers’ indices were still above 50, a level consistent with an expansion of activity. Underlying momentum is clearly rising. Moreover, unlike manufacturing orders and industrial production, which were September numbers, the PMIs date from October. As such, they should be a more timely reflection of the economy.

With respect to next year, we feel the EC has underestimated a number of economic tailwinds for Germany.

First, Germany should retain an edge with emerging markets, still major consumers of German exports. Amid the weak September data, orders of machine tools – an emerging market favourite – still rebounded, with strong orders from overseas customers. Although growth in many emerging markets has been slowing, the euro has also been weakening. This makes German exports cheaper and more attractive for overseas buyers. As exports are a major driver of the German economy, continued strength in this area will have a key impact.

Second, capital expenditure is likely to be higher than the EC implies. The Commission does assume that corporate investment will continue to recover next year, as demand improves and companies embark on pent-up replacement and product development activity. However, this lukewarm assessment does not fully reflect an important factor. German capital expenditure not only rises in response to upticks in economic momentum, it typically picks up sharply. If current momentum continues, this will be more positive for capital expenditure than the EC is suggesting. The German economy has more flexibility – within the labour market, for instance – to respond to unfolding trends, which under the current circumstances should support a pronounced snap-back.

On top of these three areas, German growth will be supported by a number of areas that are already outlined by the EC. Very low interest rates will make financial conditions expansive and support domestic demand. Strong immigration, low unemployment, the introduction of the minimum wage and a sustained upturn in the German housing market will continue to boost private consumption. Real wage increases of 1.5 percent (2.5 percent nominally) should further underpin growth in 2015.

Risks to economic growth remain in Europe. Global growth can weaken. The euro could be stronger than expected. The Ukraine crisis could escalate. Yet even if Germany or the euro zone succumbs to one of these potential problems, stimulus is not yet entirely off the table. Barring highly unexpected circumstances, Germany should remain a primary driver of European growth next year.