How to fix the oil market 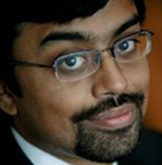 The oil market is broken. Volatile prices are undermining global energy security and increasing geopolitical risk. Getting agreement for a production cut among the Organization of the Petroleum Exporting Countries is proving difficult, and would in any case be hard to enforce. Instead of looking to the so-called swing producers, there is an alternative solution: create a swing consumer. Or to put it another way, a “tactical petroleum fund”.

The collapse in oil prices since 2014 has cost producers around $1.8 trillion a year. Rich oil exporters have cut discretionary spending and drawn on savings, while poorer states are suffering from intensive political and economic pressures. Capital expenditure cuts have resulted in hundreds of thousands of lost jobs and a sharp decline in new oil discoveries, undermining long-term energy security. Low oil prices have also slowed the transition to cleaner energy sources.

Yet in reality, the amount of oil that would need to disappear from the market to bring things into balance is tiny. Oversupply is under 2 percent of production. A unified, sustainable supply cut of this amount would sharply increase prices back to the level needed to replace declining wells. However, political factors and uncertainty around how U.S. shale producers will behave have led to many producers increasing volume in a competitive battle for market share. The market would already be balanced if production had been maintained at 2014 levels.

OPEC has proposed a cut of just under 1 percent of production, to be agreed at the end of November. But that is fraught with problems. Libya, Iran, Iraq and Nigeria are already opting out and increasing output. Members have historically ignored quotas, safe in the knowledge that production data takes months to come out. Non-OPEC members such as Russia have been invited to join in cuts, but there is simply no incentive for them to do so. That leaves actual adjustments to the Gulf swing producers, like Saudi Arabia.

There is an answer, and that is to focus on demand rather than supply. A tactical petroleum fund – TPF for short – could take up the job of adding or removing barrels from the market. For example, the fund could buy when near-term prices are below prices for future delivery, an indicator of oversupply. Conversely, it could sell when the oil curve bends the other way, with the price of a barrel of oil for prompt delivery far higher than that several months out.

That might sound tricky to organise. After all, OPEC members haven’t been great at co-ordinated action. But paying, say, a monthly amount of cash into a fund would be far easier to enforce than cuts to production, which impinge on producing countries’ sovereignty. Rich nations could underwrite poor ones and even tap capital markets for their share. The fund could remove excess barrels with significant flexibility, balancing product, geographic and export imbalances as needed.

The ability to use leverage and derivatives would increase the fund’s impact. If a producer forgoes one barrel of production, they lose $50 of revenue at current prices. But by instead putting $50 into the TPF, which then borrows against that money to increase its firepower, the effect might be to remove two or three barrels from the market.

Of course, buying only makes sense if the fund is also prepared to sell when prices are high. For that to happen, the TPF would need to be managed relatively independently, with a mandate to pursue price stability and supply availability. But even then, there could be ways to discharge stockpiles without upsetting the market – for example, offering them as strategic reserves to importers like India. The fund could also sell when the oil curve indicates undersupply, usually seen where prices for prompt delivery are above future prices, adding liquidity by acting as a market maker when there is an imbalance.

For producers of oil, setting up a TPF has strong logic. If the market views the final, optimised, structure as sustainable, it could add over $10 to the oil price curve, adding $350bn or more to producers’ annual revenue and a huge return on investment. For consumers of oil, it might sound like just another form of cartel – but the presence of a swing consumer would reduce overall volatility and fear of extreme situations, leading to more rational decisions and securing future supply. This model also allows for other producers and consumers to become stakeholders, allowing them to monitor and influence its behavior, while not requiring consensus.

The tactical petroleum fund would be a change of pace for oil economies used to focusing obsessively on managing supply. But it is also their best chance to fix a broken market. That ought to be for the long-term benefit of both producers and consumers.

Emad Mostaque is the founder of technology company Ananas and a strategist for Ecstrat.

Emad Mostaque is the founder of technology company Ananas and a strategist for Ecstrat.