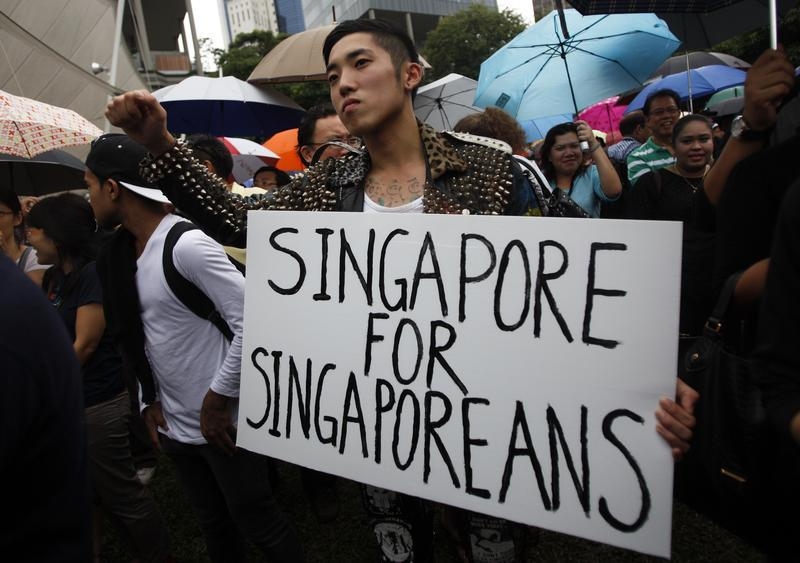 Even as it reaches 50, Singapore’s birth pangs of vulnerability remain deeply etched in its national psyche.

Just last month, Prime Minister Lee Hsien Loong spoke of the twin threats facing Singaporean identity in the next half century. The city-state might lose its distinctiveness and “just idssolve, melt into a globalized world”. Or the multi-racial society might fracture into groups with exclusive identities.

Such existential anxieties are to be expected of a place that is both global city and nation-state. On the one hand, Singapore’s existence and prosperity is premised on being relevant geopolitically and economically. On the other, Singaporeans must form a cohesive unit to manage the onslaught of globalization. These are not mutually exclusive endeavours. But they may not always be aligned.

Singapore rode the wave of globalization before it was in vogue. The quest to be a hub of value creation propelled it from Third World to First in a generation. The result is a living testimonial to the virtues of an economy that is open to trade, investment, ideas, and people.

Yet this cosmopolitan outlook can undercut Singapore’s nation-building efforts. Citizens constitute only about 61 percent of the total population of almost 5.5 million. The sense of being overwhelmed is evident in the angst and anger towards the government’s immigration policy. At another level, educated elites operate quite comfortably outside Singapore. This can result in it being seen more as a hotel than a home.

Income and wealth inequalities have grown as not everyone is able to take full advantage of globalization and rapid economic growth. For the ruling People’s Action Party, the challenge is to sustain shared, equitable economic growth. For Singaporeans, the persistent question is whether the price paid for Singapore’s exceptionalism as both global city and nation state is too high.

The answer comes in three parts. First, there must be a deeper commitment to nurturing a Singaporean identity grounded on aspirational rather than transactional values. These include multiracialism, social justice, incorruptibility and meritocracy.

Second, Singapore needs to be more confident of its people, and not adopt a neo-colonial mindset of downplaying local talent and seeking quick solutions in foreign manpower.

Third, while hard-nosed pragmatism has served Singapore well, there should now be an accent on ideals as well as the economy. The shared purpose of economic relevance must be tempered by shared values distilled from a sense of national identity that takes precedence over race, language, religion or a cosmopolitan identity.

Economic relevance enables Singapore to serve its people. Similarly, a people steeped in their collective sense of belonging provide the sustainable sinews for economic relevance.

Ultimately, a successful nation-building enterprise in a polyglot society acts as a bulwark against the excesses of globalization and is fundamental to what it means to be Singaporean.

Eugene K B Tan is a law academic at the Singapore Management University School of Law.

A man holds a sign at a demonstration against a government white paper on population at Speakers' Corner in Singapore February 16, 2013. The paper released in January said the island's population of 5.3 million could grow by as much as 30 percent by 2030, mostly through foreign workers to offset a chronically low birth rate. REUTERS/Edgar Su

Eugene K B Tan is a law academic at the Singapore Management University School of Law.