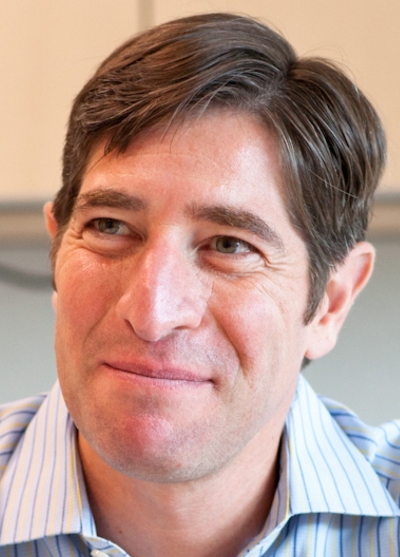 Mergers and acquisitions activity around the world continues on a tear. Last year alone saw $3.5 trillion of deal-making, just below the all-time high of 2007, Thomson Reuters data show. Technology companies accounted for $214 billion of that, near the records of 1999 and 2000, according to Qatalyst Partners.

Yet the apparent strength of the technology M&A market belies what is really happening. The vast majority of tech acquisitions since the financial crisis are “non-growth” transactions – going-private deals or consolidation by large, established technology companies.

Of the roughly $900 billion in tech marriages completed since 2009, only about 10 percent represent “growth” transactions, or deals involving rapidly expanding, venture-financed private companies or modern software-as-a-service providers. And even that is distorted. About 60 percent of tech M&A volume is represented by five acquirers: Facebook, Google, Oracle, Microsoft and SAP. Three deals – Facebook’s $19.5 billion acquisition of WhatsApp, Microsoft’s $8.5 billion purchase of Skype, and SAP’s $9.1 billion takeover of Concur – accounted for 40 percent of the volume.

This means the majority of tech M&A is not obviously in support of forward-looking growth plays. It seems to be in defense of supporting low-growth technologies from the previous product cycle. With the Nasdaq up nearly 350 percent since its nadir in 2009, there should be more growth-oriented M&A.

So what’s causing the relative paucity of “growth” transactions?

Venture-financed companies are staying private longer – 11 years for the 2014 IPO class, compared with 4.5 years over a decade ago. These companies are being buttressed by the availability of significant capital in the private markets from mutual funds, hedge funds, sovereign wealth funds, large-cap buyout funds, and strategic investors.

As more capital shifts from the public markets to the private markets, venture-backed companies are better able to control their destiny rather than seek an earlier M&A exit. Arguably, many of these companies have priced themselves out of the M&A market by raising capital at valuations that few public acquirers can top. Regardless, it also means that a lot more money needs to flow into private markets to sustain these companies until an IPO or sale.

The more worrisome reason for lack of growth acquisitions, however, is that the incumbent technology vendors most in need of M&A (and, incidentally, who have the available cash resources) are hamstrung. While they are cash rich, they also trade at low price-to-earnings multiples, and their shareholder bases have migrated from growth to value-oriented investors. That combination is a glowing bull’s-eye for an activist fund’s target screen.

With $120 billion in assets under management, a sixfold increase in the last 10 years, activist funds demand from their targets stock buybacks, dividend distributions and breakups – at the expense of other investments in the companies’ future.

They worship at the altar of near-term EPS growth, ignoring the long-term profit potential from any R&D or future growth-oriented acquisitions management would otherwise pursue.

This, in part, explains the approximately $1 trillion in buybacks and dividends from S&P 500 Index companies in 2014, more than the entire net income generated by those companies. Nearly half of S&P 500 companies have had at least one activist shareholder on their roster in the past five years, and more than one out of 10 were subjected to an activist attack.

Couple the growth in activist fund assets with a halving of U.S.-listed companies in the past 15 years, and the pounds per square inch of pressure activists can exert is formidable. Take Yahoo, which completed 20 acquisitions in 2014 prior to Starboard Value entering the stock late last year and agitating for more cash distributions. Since that time, Yahoo has had one large acquisition, of video-ad technology firm BrightRoll for $640 million, and it has announced a spinoff of its Alibaba stake.

Or ask the management teams at Apple, eBay, EMC, Hewlett-Packard, IBM, Microsoft, and Symantec, to name a few companies on the receiving end of activist pressure. It’s simply too hard for boards to think about acquisition-related uses of cash that could dilute earnings, even if such acquisitions lay the foundation for future profits.

With the exception of SAP, it’s worth noting that the two most active acquirers of growth companies are Facebook and Google. Their dual-class stock structures defuse the ability of activist shareholders to meaningfully impact board composition, allowing them to pursue growth-enhancing acquisitions more aggressively.

We should still expect a lot of M&A to come. Despite talk of a bubble, we still have a lot of value to unlock in the tech sector.

Relatively newly public tech companies such as LinkedIn, Servicenow, Twitter and Workday have yet to engage in much M&A. Many are still relatively early in their product cycles and growing at 50-percent plus, mitigating the desire to pursue acquisitions.

But they will undoubtedly raise their M&A antennae over the next few years as interesting venture-backed growth opportunities come up. Many of these new incumbents have dual-class stock structures as well, which will provide greater degrees of freedom for them to acquire when compelling opportunities arise.

So where does that leave the older incumbents? They have no shortage of cash – north of $500 billion – yet may never be able to make big growth acquisitions given the forces of activism.

Those pressures will either stop them altogether or drive breakup activity. At least some of these companies will turn to M&A to reignite top line growth, such as HP’s recent acquisition of Aruba Networks into the soon-to-be-independent HP Enterprise business, or PayPal’s acquisition of Paydient.

The question remains, however, whether companies bruised from activist fights will grow their future by investing in the longer term, which may dilute near-term earnings, or will continue milking the past. And even when they do try to acquire the future, they may end up competing with dominant or newer players, all of whom are able to sideline activist shareholders. The race is on.

This item has been corrected to show in paragraph 12 that Yahoo has made acquisitions since Starboard Value became a shareholder.

Scott Kupor is the managing partner at tech venture capital firm Andreessen Horowitz, where he is responsible for all aspects of running the firm. Previously, he was vice president and general manager of global customer support and software-as-a-service at Hewlett-Packard. Marc Andreessen, co-founder of Andreessen Horowitz, sits on the boards of Facebook and HP

Scott Kupor is the managing partner at tech venture capital firm Andreessen Horowitz, where he is responsible for all aspects of running the firm. Previously, he was vice president and general manager of global customer support and software-as-a-service at Hewlett-Packard. Marc Andreessen, co-founder of Andreessen Horowitz, sits on the boards of Facebook and HP