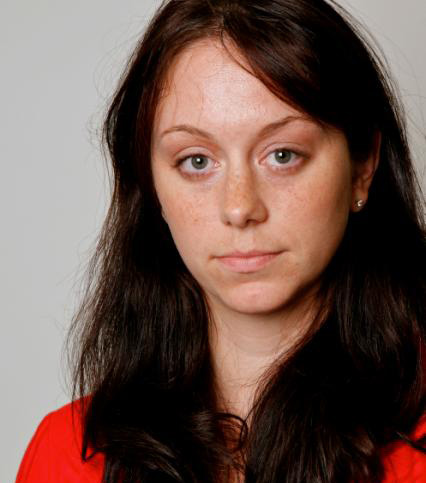 I woke up to an early text from a close neighbor Sunday morning: “Did you get an emergency call from the city?” she asked.

Dallas residents in the “M Streets” area were receiving reverse 911 calls about a nurse who lived on the 5700 block of Marquita, a street just four blocks south and four blocks west of the quiet block of McCommas, where I reside with my husband and two young children.

The latest international health crisis patient – the first person to contract the disease on American soil – was a neighbor. Ebola was literally at my doorstep.

For me, panic had set in two weeks prior when Thomas Eric Duncan, who has since died of Ebola, was first admitted to Texas Health Presbyterian Hospital, the facility where I gave birth to my son.

I wasn’t confident the hospital was equipped to handle an Ebola case. I wasn’t sure we knew enough about the disease. But, importantly, this being my third stint as a Dallas resident, I was unsure the city could handle the responsibility of becoming a guinea pig for the world.

After all, Dallas, probably not unlike other U.S. cities, is operating at or close to healthcare capacity dealing with its daily medical demands. The U.S. Ebola protocols were to be tested for the first time in front of the world. Could we react quickly in the midst of an already full plate? If not, how quickly would our healthcare system — and our local population — be in danger?

To ease my concerns, I consumed streams of reports and literature and listened to our city officials. I weighed discussions from friends and neighbors, who had mixed experiences at local hospitals.

I even called three city hotlines to see if local officials planned on implementing any new policies at preschools, where kids and teachers are constantly coming in contact with bodily fluids. (I never managed to get a straight answer). I did the statistical calculations for our risk – and certainly plenty of others did it for me. (As one friend said: “you have a higher chance of being shot at NorthPark Mall!”).

Several times, my maternal survival instincts took over. I pulled my kids out of school for a time. I considered leaving the area until the whole thing blew over. And, as a journalist, I couldn’t help but question what the authorities were saying.

They had extreme confidence in our policies and procedures. But a local epidemiologist told me: “We are kind of testing everything we learned from 38 years of studying Ebola. We are testing to be sure what we learned is correct.” In other words, we thought we knew, but did we?

Dallas natives, in general, had a different reaction. Sunday, up against my leafy-green quiet corner of the world, men in hazmat suits were shoving debris into a biohazard barrel. Yet children went to the nearby park. Coffee shops remained open.

Perhaps we had nothing to be afraid of. But we’re still learning how the disease transmits in a first world system. Even if as an extra precaution, shouldn’t we be doing something besides drenching ourselves in Purell? For example, Nigeria, despite having to deal with Islamic insurgents like those who kidnapped hundreds of school girls, has had a much tighter response.

The country’s first case of Ebola was whisked away to a special facility. An emergency decree was put in place to help officials find potential contacts. Large communities, like church congregations, were educated. Social media was used to fortify communications.

Despite my proximity to the disease, I have not received one notice or email or piece of literature from authorities. I never did receive that reverse 911 call. I’ve only received two emails from my children’s school — sent at their own behest. While West Africa is on clampdown, Ebola in our own backyard has not changed our lives.

The public was quick to brush off mistakes. “They happen” was what people said when Duncan was originally sent home from the hospital, undiagnosed despite his symptoms and his recent travels. Our politicians were bombastic. “America has the best doctors and public health infrastructure in the world,” White House Senior Adviser Dan Pfeiffer said. “Rest assured, our system is working as it should,” bragged Governor Rick Perry. The community reaction in Texas: line up with an army of straw men, thump our chests, and exclaim: “Bring it on Ebola. We are better HERE.” If we fight the Islamic State with bombs and Washington with stubbornness, we were fighting Ebola with words.

Our defenses have proven regrettably weak. Deadly diseases will not be intimidated. Protocol recently was either breached at the hospital, or was substandard from the get-go. Either way, a second Ebola case is here.

We are in a situation that Dr. Tom Frieden, head of the Centers for Disease Control and Prevention, called “deeply concerning.” With this case, an infected healthcare professional, the United States has proven worse at controlling the disease than Senegal, which borders Guinea, and has to date stopped its one and only Ebola case (and that patient survived). Monday, officials again added to the list of the possibly infected, saying they will follow additional healthcare workers.

Spain has found itself in a similar situation. There a nurse contracted the disease from a Spanish missionary who had returned to the country to receive care. The country’s response has been different. Residents have reportedly been wearing protective masks. The nurse’s dog has been euthanized as a precaution.

In Dallas, officials are setting themselves apart from Spain. The current American Ebola patient also has a dog. It will be looked after. “This was a new twist,” Dallas Mayor Mike Rawlings has said. “The dog’s very important to the patient and we want it to be safe.”

It’s a new twist, all right.

Lauren Silva Laughlin is a freelance financial writer based in Dallas who has written for Breakingviews and Fortune.

Lauren Silva Laughlin is a freelance financial writer based in Dallas who has written for Breakingviews and Fortune.