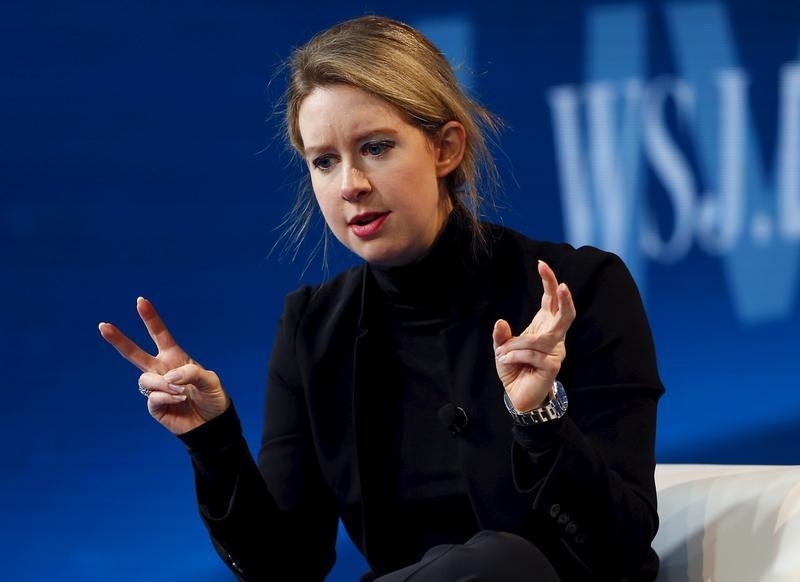 Theranos, the Silicon Valley blood-analysis upstart founded by Elizabeth Holmes, is under fire. The Wall Street Journal and others have questioned the technology that is supposed to require only tiny samples to deliver accurate, quick and cheap tests. Holmes and Theranos have fired back with counterclaims and additional information, but the company’s purported $9 billion valuation now looks over-hyped.

In addressing the questions, Holmes has made much of her intention to have all Theranos procedures approved by the U.S. Federal Drug Administration – which isn’t a standard feature of the market – and the importance of its first FDA test approval, which was received in July. The company last Thursday released information intended to rebut the criticism.

On Friday, though, the Journal reported that a Theranos partner, pharmacy chain Walgreens Boots Alliance, is putting its rollout of the company’s testing centers on hold. That suggests that even after 12 years of development, Holmes’ approach is far from proven. In any case, the promised tiny finger-stick blood samples and proprietary equipment aren’t yet being used for most tests. That makes Theranos look more like a small, cut-price version of testing incumbents Quest Diagnostics and LabCorp than a disruptive force.

It had all been going so well. Holmes – whose intensity and black turtleneck uniform have brought comparisons with Steve Jobs – had persuaded a clutch of bigwigs to join her board, tapping six members from the roster of the Hoover Institution, Stanford University’s world-improving think tank. Two of them are former secretaries of state, 94-year-old George Shultz and Henry Kissinger, who is 92. Then Theranos’ headline valuation shot skywards. The 31-year-old Holmes was feted not just for the intensity of her commitment, but for her self-made multibillionaire status at the helm of a company set to reshape medical testing.

Now that Holmes is on the back foot, though, the old-wise-men board strategy is looking flawed. One common red flag for investors with a young founder – Holmes famously started Theranos as a 19-year-old Stanford dropout – is the need for experienced oversight to attach some reality to lofty goals. That’s why, for example, Google brought tech industry veteran Eric Schmidt on board alongside Stanford student founders Sergey Brin and Larry Page only about three years after the company’s incorporation.

Holmes’ current board members, though, don’t look like a group designed to challenge her much on the Theranos model. There are 10 of them, aside from Holmes and her chief operating officer. Six are the ex-government and ex-military figures associated with the Stanford institution named after Depression-era, one-term president Herbert Hoover. Also on the list are a former chief executive of Wells Fargo and the chairman of Bechtel, a big private engineering firm.

Bill Frist, a practicing physician before serving in the U.S. Senate from 1994 to 2006, can’t have much time even if his medical knowledge is up-to-date. The 63-year-old’s biography lists three public company board roles, seven at private firms, and six at nonprofits. Only 79-year-old William Foege, a former director of the U.S. Centers for Disease Control and Prevention, may offer relatively recent health-related knowledge.

The board composition also looks odd given Holmes’ public support for the advancement of women in technology. All the other directors are men, even though attracting people with qualifications specific to the Theranos technology, which could have limited the field, doesn’t seem to have been a requirement. The New York Times reported on Oct. 27 that David Boies, a veteran lawyer who has been advising Theranos, would be joining the board, as well.

At least luminaries like Shultz might carry some weight in the current debate. But current directors have said little, if anything, on the controversy. The same might be said of investors. Steve Jurvetson, a partner at DFJ, an early venture capital investor, told Bloomberg TV last week that while DFJ wants the company to succeed, “We don’t have the answers to the questions that are swirling around right now.” DFJ isn’t represented on the board.

Oracle CEO Larry Ellison, who is hardly shy, was a big investor at one stage, too. A September 2013 Oracle filing lists Theranos among the companies doing business with the software group in which Ellison “directly or indirectly has or had a controlling interest.” Holmes raised fresh funds in 2014, according to news reports, and Oracle isn’t saying any more about billionaire Ellison’s interest, or lack thereof, in Theranos.

The hype around Theranos’ worth, though, is another reason for media scrutiny. It’s among the highest-valued so-called unicorns – private companies worth $1 billion or more – emerging from Silicon Valley, behind only a handful of even bigger names like Uber. Many of these valuations are, however, calculated based on only a sliver of cash investment.

In his annual letter to shareholders this year, Prem Watsa, boss of insurer and investment manager Fairfax Financial, compared the touted valuations of unicorns to the capital actually raised. With a price tag outstripping its $400 million of funding more than 22-fold, Theranos was second only to China’s Xiaomi. Uber boasted a roughly 15 times multiplier, in line with data analytics firm Palantir, arguably in the same league as Theranos when it comes to secrecy.

Watsa opined that most of this would end “very badly” for investors. Quest and LabCorp, the traditional health-testing companies, are worth $9 billion and $11 billion, respectively, in market capitalization. They’re direct targets of the disruptive threat Theranos could pose. Their shares have roughly kept pace with the S&P 500 Index this year. That may indicate that the smart money hasn’t yet fallen for Holmes’ vision.

The two companies announced a partnership in September 2013.

The two companies announced a partnership in September 2013.