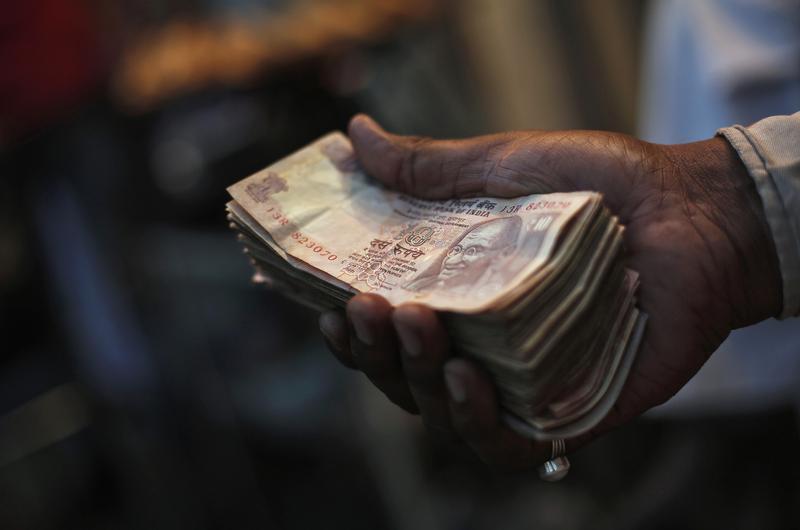 India could teach China a thing or two about dealing with bad debt. Banks in the world’s two most populous countries have lent hundreds of billions of dollars to politically connected companies that are now in trouble. Yet while Indian authorities are at last pushing lenders to come clean, their counterparts in Beijing seem intent on ignoring the full extent of the problem. It is a rare example of India showing its larger neighbour the way.

Most corporate lending in both nations resides on the balance sheets of banks, the majority of which are government-owned. Larger-than-life Indian tycoons like Vijay Mallya and vast Chinese state-owned enterprises such as Bohai Steel have historically used strong political connections to help them borrow. That helps explain why lenders have continued extending credit even after companies run into trouble. The absence of a functioning bankruptcy process also discourages banks from calling in overdue loans.

These structural shortcomings have left behind mountains of bad debt. The Reserve Bank of India (RBI) estimated earlier this year that 14.1 percent of all the country’s bank loans were doubtful. By contrast, just 1.7 percent of Chinese loans at the end of 2015 were officially classified as non-performing. But that figure has little credibility. Researchers from the International Monetary Fund last month estimated that at least 15.5 percent of bank loans to Chinese companies are at risk of not being repaid.

For years, Indian regulators hoped the country’s banks would grow their way out of the problem. That changed last summer when Prime Minister Narendra Modi’s government set out a plan for state-owned lenders to raise $27 billion in fresh capital over four years, with more than a third coming from taxpayers. New Delhi has also stopped interfering in lending decisions.

At the same time, RBI Governor Raghuram Rajan is forcing state-owned banks to acknowledge their bad loans and set aside adequate provisions. The regulator has drawn up a list of delinquent borrowers, and is pushing all lenders with an exposure to those companies to recognise their loans as potentially defunct.

Though the cleanup in India is still underway, it has scored some early success. Banks are now hounding overextended moguls like Mallya, who has fled to London. Bank of Baroda, India’s second-largest state-owned lender, announced in February that bad debt provisions for the final quarter of 2015 had increased fivefold, dragging the bank into the red. Yet its shares soared as investors applauded the newly installed management team’s decision to clean house.

The contrast with China is striking. Though big banks like Industrial and Commercial Bank of China and China Construction Bank are reporting higher bad debts, they are not topping up provisions at the same pace. A government plan to swap a reported 1 trillion yuan ($154 billion) of corporate debt into equity only makes sense if the underlying businesses are viable. Meanwhile, lenders are still doling out credit – banks handed out new loans worth $718 billion in the first quarter, according to the People’s Bank of China, almost a third more than in the same period of last year.

It’s true that China’s debt headache is much, much larger. Chinese companies collectively owed a massive $17.4 trillion at the end of September, according to the Bank for International Settlements (BIS) – equivalent to 166 percent of GDP. India’s total corporate debt burden of $985 billion, which is equivalent to about half the country’s yearly economic output, looks small by comparison.

On the face of it, however, the People’s Republic should be in a stronger position to tackle the problem. While Modi must worry about the electoral backlash of bailing out state-owned banks, China’s communist rulers face fewer constraints. Besides, the Chinese government has more financial capacity to fund capital injections. The country’s sovereign debt was 43.5 percent of GDP at the end of September, according to the BIS, well below India’s 68.4 percent. And China does not depend on fickle foreign investors for funding.

Though India’s efforts are more promising, there is no guarantee they will succeed. The government’s estimates of the cleanup costs look optimistic, especially as private investors are unlikely to put up fresh capital while banks are still controlled by the state. Recognising bad debt does not mean defunct companies will be closed down or restructured. And failure to overhaul banks’ governance and risk management could lead to a new reckless lending binge.

Nevertheless, the divergent paths taken by India and China could have significant long-term consequences. Better-run banks with cleaner balance sheets should be in a stronger position to direct credit where it is most productive. By contrast, large volumes of unrecognized bad loans can strangle economic growth as banks overlook deserving new borrowers. China could learn some lessons from its less developed neighbour’s bold approach.

Two out of China’s Big Five lenders cut their loan-loss provision ratio to below 150 percent in April, an indication that the country’s banking regulator might be lowering the amount of cash some banks need to set aside for future losses.

Two out of China’s Big Five lenders cut their loan-loss provision ratio to below 150 percent in April, an indication that the country’s banking regulator might be lowering the amount of cash some banks need to set aside for future losses.