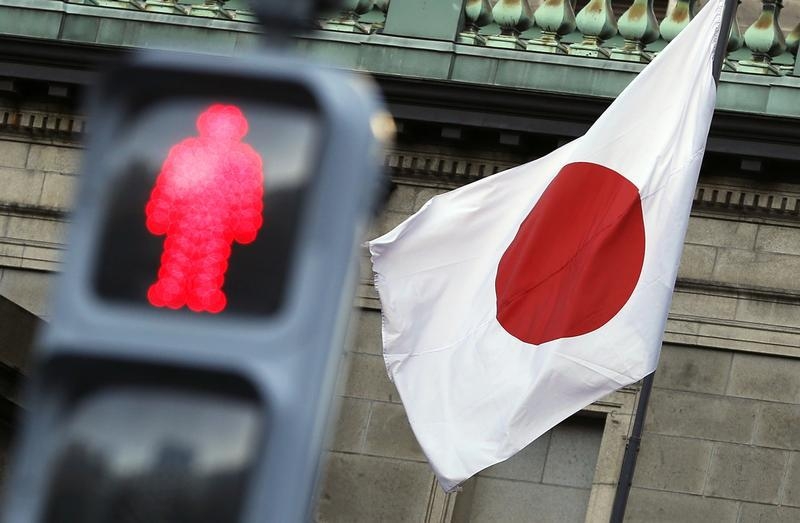 Japan’s shareholder revolution has been delayed but is not dead. The last two years have seen a huge government-led push to make Japan Inc. better-run and more profitable, and to turn spineless investors into engaged, demanding owners. So far, reality hasn’t quite lived up to the hype. But it would be far too pessimistic to assume the overhaul has failed.

UBS analysts recently summed up the gloomy mood: in early November, the bank’s team found a growing number of U.S. investors were “taking a more cautious, cynical view of the Japanese economy and stock market”.

The MSCI Japan share index is up 12 percent in yen terms this year – handily beating a 1 percent decline in the MSCI World, but still 6 percent below its August peak. Fund managers polled by Bank of America Merrill Lynch still own more Japanese stocks than benchmarks demand, but where a net 42 percent were overweight in May, this had fallen to 28 percent by November.

It doesn’t help that Japan is in recession again, or that the central bank has dashed hopes of more asset-buying. But the economic backdrop doesn’t fully explain the change of atmosphere. Return on equity, the single most important measure of Japan’s corporate overhaul, has fizzled.

The average firm in the benchmark Topix index saw ROE decline to 8 percent in the last financial year rather than hitting the 10 percent investors expected, Nomura analysts say. Moreover, management and investors often disagree about whether companies are earning returns above their cost of capital, or whether they have explained their huge cash hoards adequately.

To make matters worse, shareholders are slacking as well. Institutional Shareholder Services, the influential voting adviser, for the first time this year recommended that investors vote against leaders at firms with five years of sub-5 percent ROE. That is a good sign that a company is wasting shareholders’ funds. Shockingly, the low bar applies to nearly two-fifths of those in the Topix.

Yet despite these instructions, CLSA strategist Nicholas Smith found the median support rate for Japanese management actually rose to 97 percent: the kind of backing only usually enjoyed by leaders-for-life in banana republics. Resistance, such as it was, was either petty – nixing pension schemes for old bosses – or actively counter-productive, such as rejecting other shareholders’ demands for higher dividends.

Meanwhile on the corporate governance front, companies are busy hiring independent directors, and beefing up oversight of areas such as auditing. But the ongoing accounting scandal at Toshiba, a storied industrial giant, is a very public affront to the idea that Japan Inc is now committed to steering companies in the best possible way.

So far, so glum. But it’s early days yet, and there are reasons for optimism. For a start, while change in Japan may sometimes seem glacial, it can happen if widely supported. Though the corporate improvement drive may be a sideshow in Prime Minister Shinzo Abe’s wider reform agenda, he needs it to succeed. Better-run companies with higher returns make for a zippier economy and higher stock prices. That in turn should bolster consumer confidence and spending – and lift returns at state pension funds.

Pressure from Abe, aided by regulators, the media, and others, should create continued momentum. And even if traditional stockholders are slow to join in, activist investors, most notably Dan Loeb of Third Point, have made encouraging headway at companies like robot-maker Fanuc.

Moreover, some measures that are already underway will take time to bear fruit. Ever-more companies are adopting mid-term targets for ROE, upping dividend payout ratios, and laying out other future plans. Similarly, boards will grow more robust over time.

Of course, there’s a lot more to do. One small step would be clearer guidance from the giant Government Pension Investment Fund about how its external money managers should handle governance.

In any case, rather than moaning, institutional investors in Japan and elsewhere need to do their bit. Behind the scenes they may already be delivering ultimatums to bosses about loss-making divisions, puzzling cross-shareholdings and lacklustre returns. If not, it’s time they started speaking up.

Japan's national flag is seen behind a traffic signal of a red man at the Bank of Japan headquarters in Tokyo November 19, 2014. REUTERS/Yuya Shino