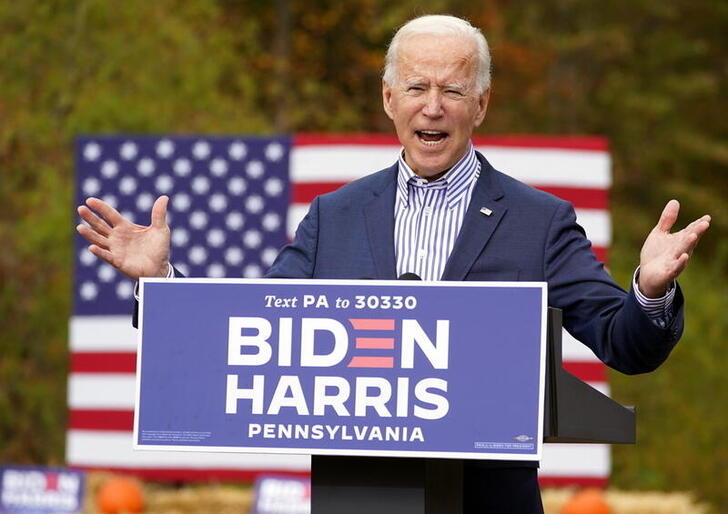 The White House wannabe aims to eradicate the perk that mints money for buyout barons. His broader plans would add to the pain for firms like Blackstone and KKR which restructured to exploit Donald Trump’s tax cuts. Shareholders, clients and staff could end up at loggerheads.

Joe Biden has proposed raising the rate of tax applied to capital gains to match the level of personal income tax for top earners should he win the U.S. presidential election on Nov. 3.

Gains on investments, as well as certain dividends, are currently taxed at up to 20% by the federal government, while earnings are taxed at a maximum of 37%. For taxpayers who earn more than $1 million, the former vice president and Democratic candidate plans to increase both rates to 39.6%.

Biden also wants to raise the corporate income tax rate to 28%, from 21%. President Donald Trump oversaw a cut in the rate from 35% starting in 2018. High earners also pay an additional 3.8% tax on investment income, imposed under President Barack Obama’s Affordable Care Act of 2010.

Blackstone, KKR and Carlyle all changed their corporate structure after Trump's tax reforms. Before, they were publicly traded partnerships, meaning earnings were passed on to owners without first being taxed. Now they are so-called C corporations, whose earnings are taxed before being distributed to shareholders.