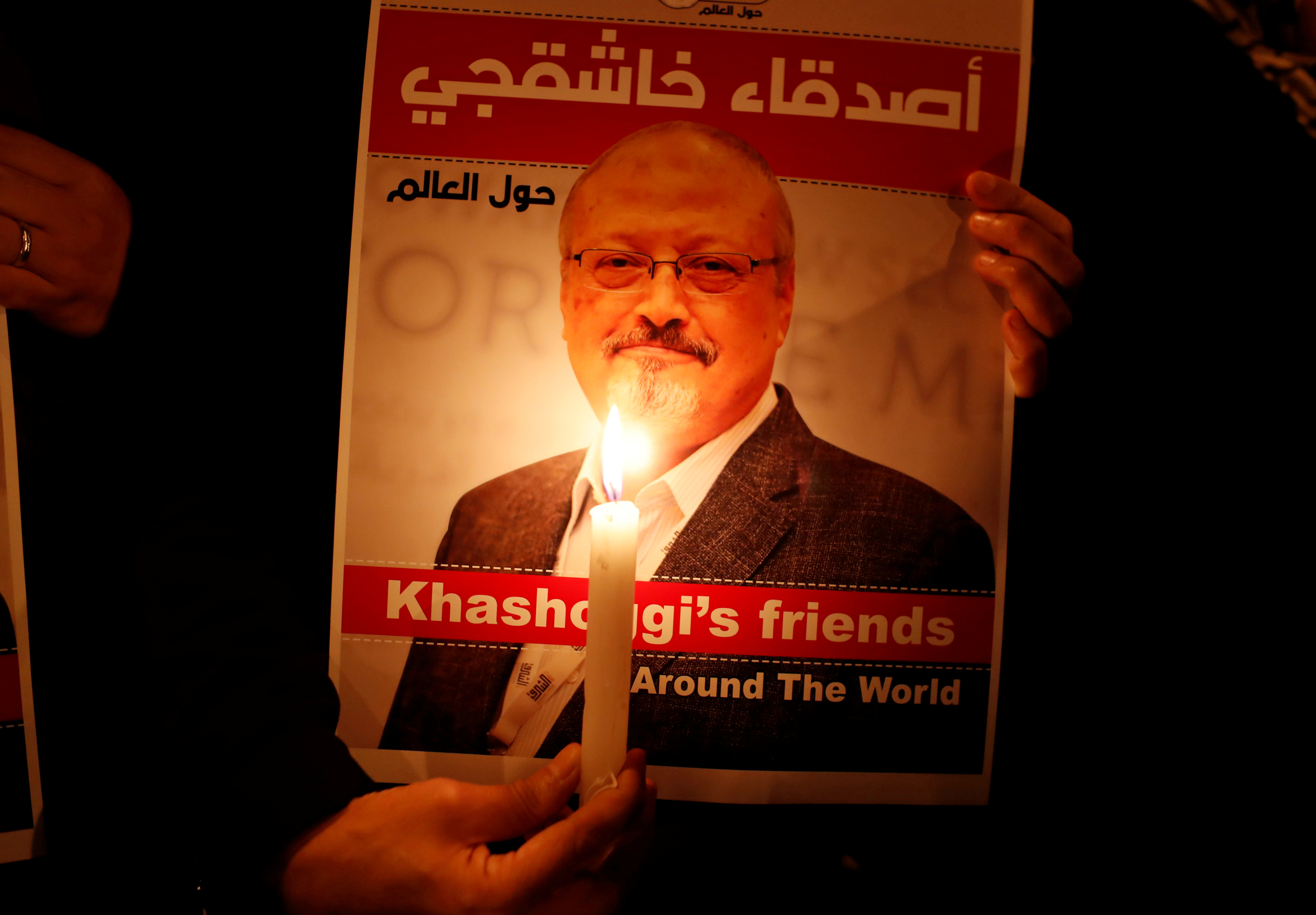 Financiers at the billionaire’s annual Gulf shindig adopted a Trumpian shrug over Saudi agents’ murder of the dissident journalist. Lucrative forthcoming Aramco deals and White House support for the regime explain why. But the issues raised by Khashoggi’s death still linger.

A demonstrator holds a poster with a picture of Saudi journalist Jamal Khashoggi outside the Saudi Arabia consulate in Istanbul, Turkey October 25, 2018.

Saudi Aramco has picked a group of banks to manage its first international debt sale, which should help finance the purchase of a stake in Saudi Basic Industries Corporation (SABIC), Reuters reported on Feb. 14.

The House of Representatives on Feb. 13 voted 248 to 177 to end U.S. military assistance to the Saudi-led coalition in Yemen.

In remarks on Feb. 12 at a panel discussion of the Milken’s MENA summit in Abu Dhabi, Colony Capital Chief Executive Tom Barrack responded to a question about the aftermath of the murder of journalist Jamal Khashoggi by saying “the atrocities in America are equal or worse to the atrocities in Saudi Arabia”, and added that it was a “mistake” to dictate a moral code to the Kingdom.

Clarifying his remarks on Feb. 13, Barrack said, “I love America and am myself a product of American freedom, American leadership and the American dream”.

In an official statement on Feb. 13, Saudi Arabia said it noted with regret the European Commission proposed revised list of “high risk” countries on money laundering and the financing of terrorism, which includes the Kingdom.