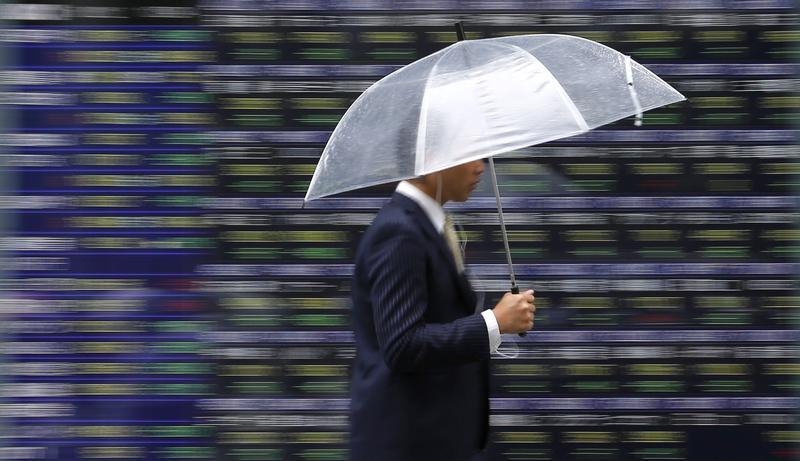 But investors need not panic. They already have tools at their disposal to help combat a sudden drought in the market – and one or two new ones, too. Breakingviews offers a bondholder survival guide.

Accept there has been, and always will be, liquidity risk

No system that tries to match buyers and sellers is ever going to be perfect. That’s as true of stocks as it is of bonds. If bondholders have not been factoring liquidity risk into their trades already, they’re making a big mistake.

Don’t be swayed by bankers romanticizing their role

Broker-dealers claim they step in to help when markets tank. It’s a gross exaggeration. They usually pull back to avoid being saddled with losses, though they’re not always successful. The 1994 interest-rate hikes, the 1998 fiasco and the 2008 financial crisis stand as three apposite examples.

Stop letting clients withdraw their cash at will

It makes little sense in a market where only a tiny amount of securities trade frequently. It exacerbates financial panics and hurts performance. Imposing a wait time of a week, a month or longer, even, would ameliorate at least some of the problem.

Make sure you have enough liquidity

This can be as simple as keeping some money in cash or low-yield, easy-to-sell securities, or both. Establishing a line of credit through repurchase agreements or with banks is another option. Aberdeen Asset Management set up a loan in June for $500 million, which is just one-tenth of 1 percent of its assets under management.

There is also no easy answer to how big a safety net bondholders need. The average redemption from bond mutual funds over a three-month period was 5 percent in 1994’s rout and 4 percent in 2008, according to Morgan Stanley. That would imply that current cash levels of between 4 percent and 7 percent should suffice. Yet the bottom quarter of funds lost up to 20 percent of assets seven years ago.

Be aware that some liquidity fixes can prove unreliable

Exchange-traded funds are easier to buy and sell than underlying securities. But they still rely on banks and brokers taking risk onto their balance sheet, exposing them to the same issues that stalk bonds. Drawing on repurchase-agreement lines of credit may help cover short-term problems, like delays in settling some trades. But funds could end up saddled with additional debt and, as with lines of credit, reliant on fair-weather banks. And a mass of mutual funds tapping emergency liquidity sources could spark a broader panic.

Ensure you know how your emergency options work

Many funds can cover client redemptions with assets-in-kind rather than cash, or impose exit fees to slow departures. If all else fails, managers can suspend redemptions completely – known as erecting gates. In the United States and some other countries, though, that requires regulatory approval.

Derivatives can be useful in creating liquidity

It can be easier to build and reduce positions using swaps rather than cash securities. They can also be a hedging tool of sorts, for example allowing money managers to use cash from betting interest rates will rise to cover redemptions as bond prices sink. Not all funds are allowed to use derivatives, though.

Push to change how the market works

The basics of bond trading have hardly changed in decades. Deals are mostly struck over the phone and rely on middlemen, and borrowers can have hundreds of different securities outstanding.

Companies could standardize their bonds by, for example, sticking to just five-year and 10-year paper. That would create far larger pools of tradable bonds. It would, though, restrict flexibility for both borrowers and investors – and would make no difference in a crisis if bondholders all wanted to sell.

Electronic trading is finally starting to do more than just replicate on a screen the process of using a telephone. MarketAxess last year launched Open Trading, which allows investors as well as brokers to propose prices. Trading volume has jumped 149 percent in 12 months and now accounts for a tenth of the company’s volume. Investors have saved an average of 3 basis points per trade, MarketAxess reckons.

At present, the average trade size is pretty small. That may increase as Liquidnet and other companies developing their own investor-to-investor platforms. And some bondholders are increasingly willing to trade more frequently. Insurer Allstate reckons it might add 1 percentage point to returns, according to Bloomberg.

None of these tools is a cure-all, of course. Sometimes the only way to unload a security – stock or bond – is to take a big loss. But the more prepared bondholders are for funky markets, the better.

Researchers at the Federal Reserve Bank of New York on Aug. 17 published a note assessing the state of the market for benchmark U.S. Treasury bonds. In a piece published on the central bank’s Liberty Street Economics blog, they concluded that the “evidence is fairly favorable about the current state of Treasury market liquidity.” They cited the narrow difference in prices to buy and sell Treasuries as evidence. They did note that “quote depth and price impact imply some recent deterioration in liquidity, albeit from unusually liquid conditions.”

Researchers at the Federal Reserve Bank of New York on Aug. 17 published a note assessing the state of the market for benchmark U.S. Treasury bonds. In a piece published on the central bank’s Liberty Street Economics blog, they concluded that the “evidence is fairly favorable about the current state of Treasury market liquidity.” They cited the narrow difference in prices to buy and sell Treasuries as evidence. They did note that “quote depth and price impact imply some recent deterioration in liquidity, albeit from unusually liquid conditions.”