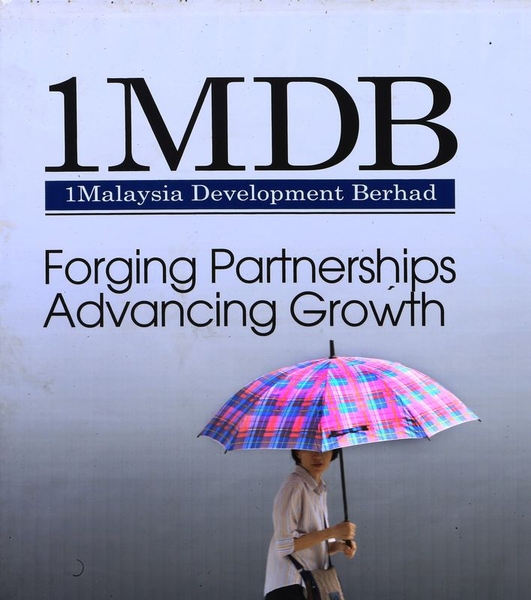 The world’s most troubled sovereign fund is scrubbing itself clean. 1Malaysia Development Berhad has been at the centre of allegations of graft which have sparked investigations from Hong Kong to the United States. Now a $1.7 billion deal with a Malaysian-Chinese group over prime real estate in Kuala Lumpur means 1MDB’s financial woes are close to resolution.

Malaysian politics has been in turmoil since July, when it was revealed that almost $700 million had landed in the personal accounts of Najib Razak, the prime minister. Najib is chairman of 1MDB’s board of advisers. He denies taking any money from the energy-to-real estate portfolio for personal gain. The country’s anti-corruption commission has said the cash came from an unnamed donor. Other officials that have probed the issue have been axed, including the attorney general and deputy prime minister. Opposition politicians have also asked whether 1MDB funds were used to pay for election campaigns.

The mystery has piled pressure onto 1MDB, which already had a poor reputation for mismanagement and overpaying for assets. Gross borrowings were nearly 42 billion ringgit ($9.8 billion) in March 2014, the last period for which the fund has published accounts. That may have risen to 49 billion ringgit after factoring in a 31 percent fall in the ringgit against the dollar, the currency in which more than half the debt was held, a Breakingviews calculation suggests.

Despite a turbulent year, 1MDB President Arul Kanda has made considerable progress. The former investment banker, who took the helm almost a year ago, has worked Malaysia’s sovereign ties to trim 1MDB’s debts even as institutional investors have cooled on an economy battered by low oil prices.

Two down, one to go

Last month, 1MDB agreed to sell its energy assets, which stretch from Malaysia to Pakistan, to state-owned China General Nuclear Power for 17.3 billion ringgit including debt. The transaction should bring closer ties with China, which wants more sway in the region.

In June, 1MDB agreed a debt-for-asset swap with International Petroleum Investment Co, which the fund says will reduce borrowings by around 16 billion ringgit. 1MDB plans to settle the deal with IPIC, which is chaired by Abu Dhabi royal and Manchester City football club owner Sheikh Mansour bin Zayed Al Nahyan, by handing over securities and cash.

Now 1MDB has agreed to sell 60 percent of one of Kuala Lumpur’s biggest real-estate projects, a 486-acre site called Bandar Malaysia that will become a key transport hub, to Iskandar Waterfront Holdings and its partner, state-run China Railway Engineering, for 7.4 billion ringgit.

Beyond that, Kanda has previously said 1MDB will focus on developing its remaining land assets, including a planned 70-acre financial centre. Excluding the leftover Bandar Malaysia stake, these may be worth more than 6 billion ringgit, two sources familiar with 1MDB say. The finance ministry could justify directly owning these, given their strategic value.

Proceeds from the deals could also help address one particularly awkward liability. 1MDB has a $3 billion bond outstanding that does not mature until 2023 but the fund has a strong incentive to pay this back sooner rather than later – even if it means paying bondholders a premium.

The $3 billion debenture is a glaring reminder of the distrust around the fund. The instrument carries a letter of support from the Malaysian government but trades at just 86 cents on the dollar, indicating financial distress. That stands in stark contrast to two Abu Dhabi-backed 1MDB bonds, which have always traded above par.

Early redemption would also draw a line under the fund’s controversial relationship with Goldman Sachs. The Wall Street bank helped 1MDB to raise a total of $6.5 billion in 2012 and 2013, including the two IPIC bonds. 1MDB paid Goldman roughly $590 million in fees, commissions, and expenses, according to a person familiar with the situation. The fees were more than 9 percent, or almost four times the typical rate for a quasi-sovereign bond at the time.

Goldman charged so much because it put its own balance sheet at risk to raise a large amount of money quickly for a fund that then lacked a credit rating. The bond issue also left the bank exposed to its client’s reputational problems.

1MDB hasn’t decided yet whether to buy back the bonds. Either way, if Kanda succeeds in his ambitious cleanup by completing the deals he has now agreed, 1MDB’s problems will not weigh as heavily directly on the finances of the government as many investors, analysts and politicians had feared.

Najib may never escape the shadow of 1MDB entirely but if the debts can be tamed then his critics will have one less stick with which to beat him.

1Malaysia Development Berhad said on Dec. 31 that it would sell a 60 percent stake in Bandar Malaysia to a consortium including Malaysia’s Iskandar Waterfront Holdings and China Railway Engineering Corporation for 7.4 billion ringgit ($1.7 billion).

The 486-acre Bandar Malaysia site is one of Kuala Lumpur’s biggest real-estate projects. It is slated to become a transport hub that will house the main terminal for a planned high-speed rail link with Singapore.

The deal will help the troubled sovereign fund, known as 1MDB, to reduce debt.

1Malaysia Development Berhad said on Dec. 31 that it would sell a 60 percent stake in Bandar Malaysia to a consortium including Malaysia’s Iskandar Waterfront Holdings and China Railway Engineering Corporation for 7.4 billion ringgit ($1.7 billion).

The 486-acre Bandar Malaysia site is one of Kuala Lumpur’s biggest real-estate projects. It is slated to become a transport hub that will house the main terminal for a planned high-speed rail link with Singapore.

The deal will help the troubled sovereign fund, known as 1MDB, to reduce debt.