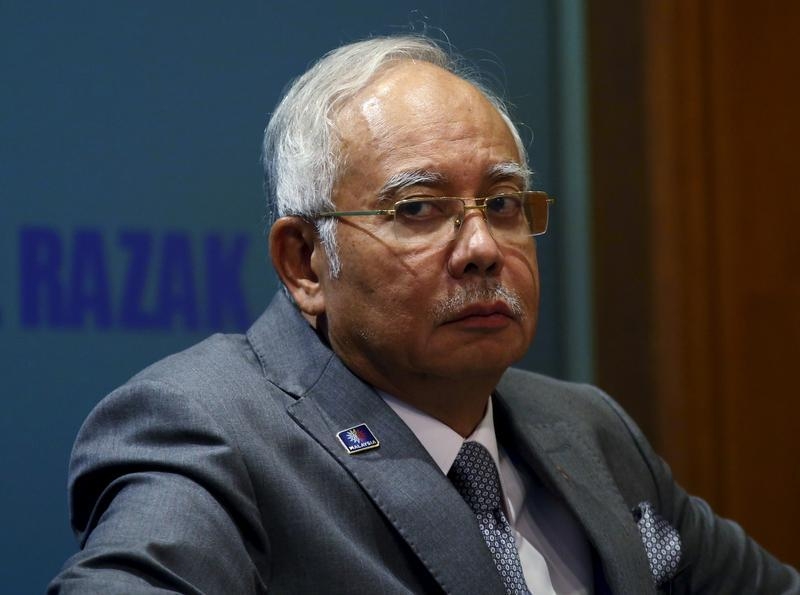 Najib Razak’s father feared his son was “too quiet and introverted for the rough and tumble of politics”. The irony of the quip was not lost on those attending an event in Kuala Lumpur last week to commemorate Malaysia’s second prime minister Abdul Razak Hussein, who died 40 years ago.

Just six months ago, it looked as if Najib might be forced out as leader of the predominantly Muslim country of 30 million people. But the grey-haired 62-year old appears to have dispelled his father’s doubts by winning a bitter power struggle with Mahathir Mohamad, the former prime minister who helped him into office almost seven years ago.

Najib’s political days looked numbered when it emerged last year that nearly $700 million had been deposited in his personal bank account in the run-up to the hotly contested 2013 election. Malaysia’s anti-graft agency has said the money was a donation from the Middle East. Mahathir, who remains influential 12 years after leaving office, insisted the funds were connected to 1Malaysia Development Berhad, a sovereign wealth fund that Najib had championed. At the time, 1MDB was struggling with $10 billion of debt that was threatening Malaysia’s sovereign creditworthiness.

Najib denied taking any public money for personal gain and moved quickly to squash internal dissent, firing his deputy and Malaysia’s attorney general. Meanwhile he turned to friendly foreign governments – particularly China – to take on some of 1MDB’s power and property assets and help the fund repay its borrowings.

The result is that Najib now looks like he is here to stay. Though foreign authorities are still probing aspects of the funding furore, last month’s annual assembly of the United Malays National Organisation, the country’s dominant political force since 1957, produced a strong show of support for the prime minister. The introduction of a tough new security law — supposedly to tackle groups like Islamic State — further reinforces the view that Najib has supplanted Mahathir as Malaysia’s strongman.

Yet the prime minister needs to do more than survive. His next task is to shore up popular support ahead of a general election which must be held by 2018. Last time the ruling UMNO-led Barisan Nasional coalition received a minority of the popular vote, only winning a majority of the seats thanks to some creatively drawn electoral boundaries. Najib’s party wants a more legitimate victory next time.

Global conditions will not help endear Najib to voters, however. The falling price of oil is squeezing Malaysia’s exports: the black stuff generated around 30 percent of the country’s federal revenues two years ago. The government is revising this year’s budget, which was drawn up on the assumption that oil prices would average $48 per barrel, well above the current price of $28. A goods and services tax introduced last year has limited the fiscal fallout, but has been extremely unpopular.

Economic policymaking is also in flux. The country’s long-serving central bank chief is due to retire in April. Governor Zeti Akhtar Aziz has led Bank Negara Malaysia for almost 16 years, steering the country through multiple crises. While her departure removes another thorn from Najib’s side, it comes at a time when the ringgit has lost 21 percent of its value against the dollar in the past twelve months and household debt is amongst the highest in the region.

Even if foreign capital can be convinced to stay, Malaysians are still leaving. Local businessmen complain of a chronic brain drain due to growing racial divisions. So-called “affirmative action” policies, which favor the majority ethnic Malays over those of Chinese and Indian ethnic origin, are outdated.

Najib has talked often about the need for national reconciliation, and there is still a lingering belief that he is more moderate than many others in his party. He promoted unity under the slogan “1Malaysia” shortly after he came to power in 2009. Some cabinet ministers in the administrative capital of Putrajaya, rich with Islamic architecture, still hopefully wear an enamel number “1” badge pinned to their jackets.

Yet Najib will struggle to live up to the ideal of racial harmony and the legacy of his father, who brought Malaysians together after race riots in 1969 nearly tore the nation apart.

The ruling coalition has lost many fringe voters to the opposition, whose leader Anwar Ibrahim, another protégé-turned-enemy of Mahathir, was jailed last year on charges of sodomy. That will likely force Najib to court more conservatives and hardline Islamists to prevent another electoral embarrassment. Political observers note that the leader has taken to citing the Koran more than before.

Malaysia’s prime minister may have defied predictions of his demise. But the political and economic cost of his survival is not yet fully clear.

Malaysia's Prime Minister Najib Razak attends a presentation for government interns at the Prime Minster's office in Putrajaya, Malaysia, July 8, 2015. Malaysian police raided the office of troubled state investment fund 1MDB on Wednesday, following a report that claimed investigators looking into the firm found nearly $700 million had been transferred to Prime Minister Najib Razak's bank account. Najib has denied taking any money from 1MDB or any other entity for personal gain, and is considering legal action. REUTERS/Olivia Harris