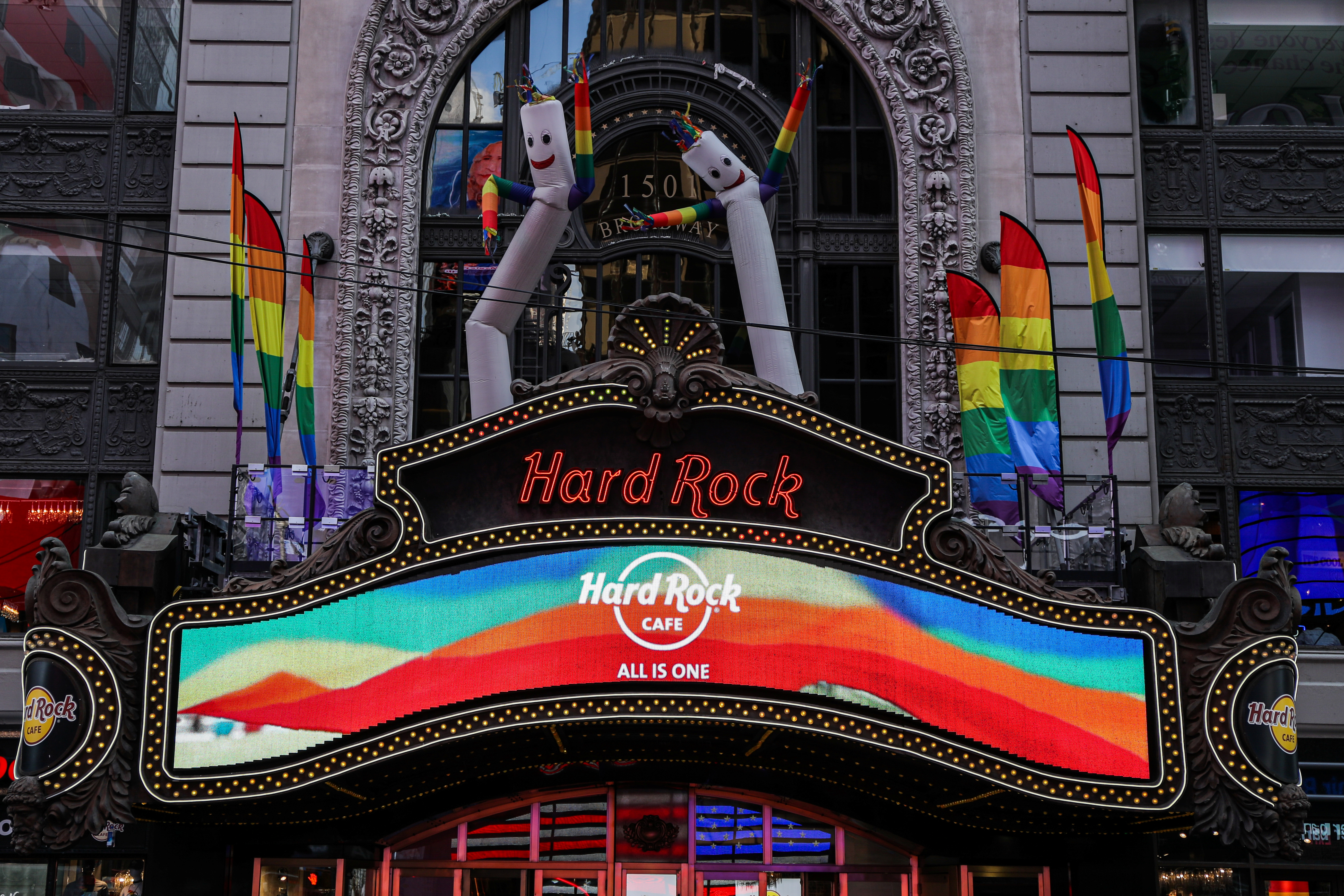 Big brands are flaunting their support for the LGBT community, including some who once did the opposite. It’s easy to be cynical, but if only short-term profit mattered, such gestures wouldn’t happen. With so much still to do, the support matters more than the motivation.

Rainbow pride flags are seen at Hard Rock cafe ahead of the 50th anniversary of the Stonewall riot, in New York, U.S., June 22, 2019.

June 28 marks the 50th anniversary of riots at New York’s Stonewall Inn, when a police raid on a gay bar led to six days of protest and multiple arrests. New York is expected to receive up to 6 million visitors for month-long anniversary celebrations, according to the city government.

Around 93% of Fortune 500 companies include sexual orientation in their anti-discrimination policies, according to the Human Rights Campaign’s annual Corporate Equality Index for 2019. Gender identity is included by 85% of companies, compared with 61% five years earlier.

New York Federal Reserve President John Williams said on June 25 that the United States is “not where we need to be” on equal employment. Williams cited data suggesting unemployment among lesbian, gay, bisexual and transgender people is almost double the national rate.