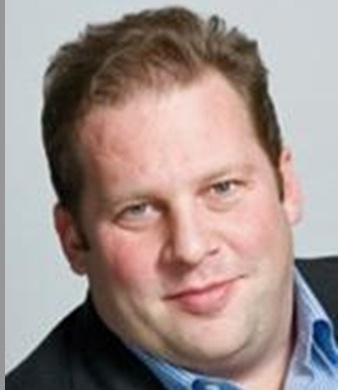 Bashing finance is fashionable. Ever since the crisis, critics have lined up to topple the false idol of financial innovation from its pedestal. Spurred on by revelations about irresponsible lenders and rate-rigging traders, they have forged a consensus: institutions need more regulation, excessive growth in activity is dangerous, and anything that claims to be a new idea is to be viewed with suspicion.

Andrew Palmer’s “Smart Money” takes on the lonely task of presenting the case for the defence. Palmer is a journalist for The Economist, which has a knack for making provocative and at times contrarian arguments. His optimistic perspective is refreshing, but never wholly persuasive.

This short book starts by cantering through the history of financial progress. It reminds us how services we now take for granted were once inventions that solved fundamental social problems. Banks evolved to turn short-term savings into long-term loans. The Great Fire of London spurred the growth of insurance. And though derivatives now have a bad name, traders have been using similar instruments to manage risk for centuries.

Palmer stretches the argument further when discussing the 2008 crisis. Far from condemning innovation, he makes the case that the blame for the meltdown rests with the lack of creativity in real estate finance. The toxic soup of securitisation, collateralised debt obligations, structured investment vehicles and credit default swaps had a common ingredient: the humble mortgage. If the money men had come up with more flexible ways of funding housing purchases, some of the damage might have been avoided.

There is growing agreement that the sector has become unhealthily preoccupied with financing the purchase of real estate assets, rather than funding new businesses. But if this is bad, then what does the industry do that is good? Palmer reels off a list of new, “socially useful” ideas. He describes social impact bonds that pay investors if ex-convicts commit fewer offences; student loans that vary according to future income; securitisation of possible new drugs; and companies that match start-ups with investors online.

Interviews with driven, idealistic entrepreneurs make a refreshing change from the rogue’s gallery of greedy, myopic traders blowing up the economy or conspiring to hoodwink the public. Though Palmer mercifully avoids the language of disruption, his case studies are infused with the change-the-world ethos of Silicon Valley, where many of the companies are based. The implication is clear: if phones, televisions, watches and even cars can be made smarter with technology, then why not financial services?

The book is stuffed with statistics and striking observations. One of my favourites is that, adjusted for inflation, the price of a property on Amsterdam’s Herengracht was the same in 1992 as in 1646. Yet the taxonomy of innovation is strangely incomplete. The explosion of exchange-traded funds, arguably one of the biggest changes in capital markets of the past decade, is hardly mentioned. There is nothing on ‘contingent convertibles’, novel bonds that banks have started to issue so that they are better able to withstand the next crisis. China, which has been a petri dish for online originality, receives little attention. Bitcoin is ignored.

Meanwhile, in its eagerness to present the case for invention, the book at times strays into cheerleading. The reader is left wondering whether the new companies Palmer describes are genuinely novel, or just using technology to deliver existing business models more efficiently. Those who worry that peer-to-peer lending hides excessive risks, or rests on regulatory arbitrage, will find little to soothe their concerns. A lengthy discussion of the ideas of Robert Merton, the celebrated economist, contains only a glancing reference to his involvement in Long-Term Capital Management, the once-innovative hedge fund that collapsed in 1998.

Financial innovation is worth defending. At a time when other industries are seeing so many upstarts, it would be a mistake to assume that finance is not capable of coming up with fresh ideas. In that sense, “Smart Money” is a welcome corrective to the prevailing conventional wisdom. But not all business models that claim to be ground-breaking are genuinely new. And even new ideas are capable of building up old risks.

“Smart Money”, by Andrew Palmer, was published by Basic Books in April 2015.

“Smart Money”, by Andrew Palmer, was published by Basic Books in April 2015.