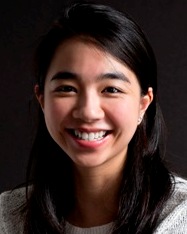 A new biography of Jack Ma provides fresh insight into the humble origins of China’s most successful entrepreneur. Yet this inside account of Alibaba’s unlikely rise reveals little about the inner workings of the $203 billion e-commerce empire today.

The rags-to-riches tale of the English teacher turned corporate titan is already widely known in the People’s Republic. Aside from extraordinary wealth, Ma’s popularity back home has earned him over 20 million followers on Weibo, China’s Twitter-like social network. In “Alibaba: The House that Jack Ma built” Duncan Clark adds more colour and context. The former investment banker and Alibaba adviser weaves first-hand accounts and access to the key characters into a lively and readable narrative.

One of Clark’s first insights draws on his own painful experience. In 2003 he turns down the right to buy Alibaba shares at 30 cents each. It was an error that “mushroomed into a $30 million mistake” when the e-commerce group went public on the New York Stock Exchange at $68 per share 11 years later. It turns out Ma has made a career out of being underestimated – a lesson Goldman Sachs, eBay and others have learned too.

Ma’s self-deprecating style is central to his underdog story. His much-touted academic failures and lack of a technology background set him apart from other internet pioneers such as Yahoo’s Stanford-educated Jerry Yang. Ma’s quirks are evident in his love of martial arts novels (Alibaba’s corporate values are codified into something called the “Six Vein Spirit Sword”), admiration for “Forrest Gump”, and penchant for dressing up and singing in front of his thousands of employees. Clark adoringly labels this “Jack Magic”.

But Ma is also a shrewd businessman who thrives when under siege. His battle with eBay’s Meg Whitman is a key chapter in Alibaba’s early days. Up against a much larger foreign rival, the Chinese group decides to make its fledgling online marketplace free for buyers and sellers. It would be years before Taobao turned a profit. But the decision ensured eBay’s defeat in China and eventually paved the way for Alibaba to establish its quasi-monopoly over online shopping in the world’s second-largest economy. Launching a primitive escrow-based payments system using fax machines was also vital to Taobao’s survival. The marketplace is now one of the world’s largest e-commerce platforms, shifting some $87 billion worth of goods in the three months to December alone. Alipay, the payments arm, has since evolved into Ant Financial, a financial technology group with a valuation of around $60 billion.

The reason Alipay is no longer part of Alibaba dates back to a controversial episode in 2010 when Ma transferred the business, then worth an estimated $1 billion, into a vehicle he controlled for just $51 million. The official reason for the shift was to expedite vital licences from the central bank. But Yahoo and SoftBank, then the Chinese group’s top shareholders, said they had not been told about it until after it happened. Critics also point out that China’s central bank never explicitly barred Alibaba from owning a payments platform.

Questionable corporate governance, regulatory uncertainty, and Ma’s increasingly complex web of assets and interests outside Alibaba, surface repeatedly. But Clark’s narrative falls short of addressing them. For example, the book barely mentions Alibaba’s 17 other co-founders. Today the company is effectively controlled by a 34-member partnership that includes Ma’s lieutenant Joe Tsai and a clutch of executives and co-founders. Clark offers a terse and cryptic take: the partnership ensured the “founders remained masters of their own destiny”.

Then there is Alibaba’s complex and at times confrontational relationship with China’s ruling Communist Party. Disputes over payments and counterfeit goods highlight the regulatory risk the company runs. Clark details the company’s efforts to foster relationships with the government, including hosting over 44,000 visits from government delegations in 2014. But the book doesn’t explore Ma’s deeper ties to Beijing: some of Alibaba’s pre-IPO investors were investment firms with deep political connections, including a fund founded by the son of former premier Wen Jiabao, the New York Times reported in 2014. Ant Financial, which Ma still controls, is backed by sovereign wealth fund China Investment Corp and state-backed China Construction Bank, according to sources cited by the Wall Street Journal. These links call Ma’s image as an outsider into question.

It’s clear that Alibaba has come a long way from its humble roots in Hangzhou. These days the company is venturing into cross-border e-commerce, cloud computing, health, entertainment and media. With the financial stakes so high, the interplay between Alibaba and its founder’s outsized personality and ambitions remains incredibly important.

“Alibaba: The House That Jack Ma Built” by Duncan Clark is published by HarperCollins.

“Alibaba: The House That Jack Ma Built” by Duncan Clark is published by HarperCollins.