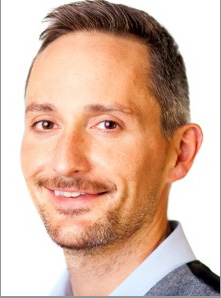 A gunmaker’s stock plunges following the election of a firearm-friendly U.S. president, because a victory for his rival might have sparked a last-minute sales rush. A German bank’s shares slump after the country’s chancellor reportedly vows not to bail it out. In both cases, new information leads to a significant change in the company’s value. And in both, financial accounts would have been no use whatsoever.

“The End of Accounting” is a book that starts from the premise that the numbers companies publish every three, six or 12 months are no longer up to the job. Balance sheets have barely changed since the 19th century. Profit and loss statements were conceived before World War II. Both are better suited to businesses that make physical goods, and investors who don’t measure trades in millionths of a second. The result is that these reams of paper – or pages of online text – no longer drive company valuations.

The central contention by Professors Baruch Lev and Feng Gu is hard to dispute. The authors start by comparing U.S. Steel’s 1902 accounts with those from 2012. Strip out the obvious differences – photos of smiling employees, a largely-ignored section on risk factors and 134 extra pages – and the basic financial contents are the same. The book’s most striking statistic is that the stuff published in financial reports makes up just five percent of the information investors use to make stock-trading decisions.

One of the accounting fails the book singles out is the odd treatment of intangible assets. Buy a brand and it appears on the balance sheet at the purchase price. Build it from scratch and it might appear to have no value at all. That distortion grows as intangibles become more important. Companies have increased their investment in these hard-to-value assets by 60 percent in the past four decades, while cutting investment in tangible stuff by over one-third.

Looming over all of this is the internet, which has stretched old-school accounting to breaking point. Lev and Gu use Netflix as an example. In an earnings call held by the online broadcaster, analysts ask questions that have little to do with the numbers the company has just published. In fairness, online businesses have taken matters into their own hands. Data points that aren’t included in Generally Accepted Accounting Principles make up most of what’s interesting in the average report from Facebook, Twitter and their kin. Yet such non-GAAP numbers are selective, and sometimes misleading. The value of goods shifted on Alibaba’s sites is one of the most important numbers for China’s biggest online retailer, even though it is totally different from revenue.

The rise of emerging markets has delivered a further blow to the usefulness of financial accounting. When is a contract binding? In China and some other Asian countries, the answer might be long before pen is put to paper. The most important asset at many Chinese companies – though it doesn’t appear on the balance sheet – is the “chop”, a stamp that is used to sign important papers. Lose it, and investors lose control of the company.

Lev and Gu are, of course, not the first to hold a funeral for accounting. Authors like Thomas Johnson and Robert Kaplan argued in the 1980s that managers were relying on the wrong data to make decisions. Terry Smith’s “Accounting For Growth”, published in 1992, outlined the ways that companies use legal accounting wheezes to pull the wool over investors’ eyes. But “The End of Accounting” does suggest some bold new fixes. The main one is the “strategic resources and consequences report” – a one-page collection of facts and descriptions based on what investors actually want to know, from the state of brands and patents to strategic changes that would help see into the future as well as the past. Another proposal is to ditch quarterly reporting of most financial metrics, and focus on quality rather than frequency.

One of the most important changes would also be the simplest. Economic profit – the amount of profit left after a company has covered its cost of capital – still has no formal place in company accounts. The result is that investors rely too much on the wrong things. Lev and Gu are on the case: they include economic profit in their proposed one-page rundown on what matters to shareholders. If regulators and companies adopt only one of their recommendations, this should be it.

"The End of Accounting and the Path Forward for Investors and Managers" by Baruch Lev and Feng Gu was published by Wiley on June 27.

"The End of Accounting and the Path Forward for Investors and Managers" by Baruch Lev and Feng Gu was published by Wiley on June 27.