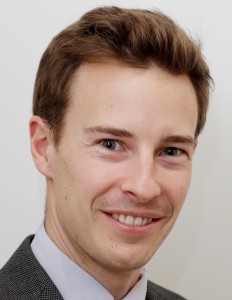 London’s “Big Bang” financial reform of 1986 was initially more of a damp squib than an awe-inspiring event worthy of its cosmological parallel. With the world’s media watching, a new computerised share-trading system was overwhelmed by a huge volume of orders within 15 minutes of firing up. It seemed to typify Britain’s socioeconomic ineptitude at the time. Stock Exchange chairman Nicholas Goodison proceeded to refer to the new technology as akin to a dodo in a zoo, unwittingly raising the prospect of early extinction. But for all that, it was humming along at close to full capacity by the end of the week.

Thirty years later, the consequences of Big Bang are still being felt. Opening up the system of fixed share-trading commissions to international competition smashed the cartels that dominated British finance. The City of London became more meritocratic and more women found financial sector jobs. The UK’s dysfunctional and parochial capital was transformed into a dynamic, outward-looking metropolis.

Iain Martin’s book “Crash, Bang, Wallop” sees the financial revolution that had Big Bang at its centre as largely a good thing.  But his nuanced narrative also reveals less desirable side effects. Loyalty evaporated as financial workers became mercenaries. Greed grew in corporate boardrooms as the mantra of shareholder value began to dominate. A culture of following the letter rather than the spirit of the law took hold. And the increase in business allowed banks to morph into large and unstable financial supermarkets.

As historical accounts of modern finance go, this is a corker. Martin, a savvy political journalist, has a keen eye for the personalities that shaped the era. The first third of the book also provides a highly readable overview of the City’s origins and development up to the 1980s. Many readers will appreciate the cultural references, from bowler hats and rolled umbrellas to the first brick-like mobile phones with a mere 20 minutes of battery life, and the ubiquitous Filofax organisers.

Martin also usefully explodes various myths ascribed to Big Bang. One is that it happened in isolation. The launch of electronic share-trading just after 8 am on October 27, 1986 was preceded by two other events that played equal or larger roles in the ascent of UK finance: the launch of the Eurobond market in 1963, and the government’s decision in 1979 to abolish foreign exchange controls. New issuance of Eurobonds had quintupled to almost $200 billion in the three years leading up to the reforms. There was nonetheless a catalytic aspect to Big Bang. In the subsequent two decades, the value of shares traded in London increased from 161 billion pounds to 2.5 trillion pounds.

A second debunked assumption is that Big Bang somehow exemplified the deregulation that in other areas of the UK economy would come to define Margaret Thatcher’s premiership. In fact, the reforms heralded far tighter oversight than had previously applied to the financial sector. Home Secretary and future Conservative Party leader Michael Howard brought a network of self-regulatory bodies under the umbrella of the new Securities and Investment Board. And while UK Chancellor Nigel Lawson played a leading role in Big Bang, Martin shows that Thatcher’s involvement was marginal.

The other whopper that Martin puts to rest is that Big Bang somehow brought large-scale financial fraud to Britain. While it is true that media coverage of scandals increased, that owed much to the introduction of criminal convictions for trading on inside information in the early 1980s and the rise of tougher regulation.

Without a doubt, Big Bang sparked huge change. Within a decade, better-capitalised Wall Street, Swiss and German banks had swallowed all but a handful of the biggest UK firms: Cazenove, Rothschild and Lazard were among the notable exceptions. The building of Canary Wharf and the retooling of London’s Square Mile to house the new players transformed the skyline.

In part, “Crash, Bang, Wallop” is about the UK financial sector’s ability to adapt, chimera-like, to serve international businesses. It thus contains possible insights – and some grounds for optimism – for the future of the City in the wake of Britain’s vote to leave the European Union.

But as the author of an earlier book about the collapse of Royal Bank of Scotland, it is curious that Martin is not more sceptical about Big Bang’s ramifications. An interview with one of the protagonists of the era, the former Salomon Brothers banker Charles McVeigh III, reveals that today’s graduate trainees at Citigroup are preoccupied with little other than money and their own self-interest – something McVeigh attributes to Big Bang. This has contributed to a serious crisis in the capitalist system. Martin notes this, but lets readers draw their own conclusions.

All told, this is a zippy historical narrative that celebrates the cultural and financial change that transpired in 1980s Britain. You don’t have to agree with its ultimate assessment to enjoy it.

"Crash, Bang, Wallop" by Iain Martin was published on Sept. 8 by Sceptre.

"Crash, Bang, Wallop" by Iain Martin was published on Sept. 8 by Sceptre.