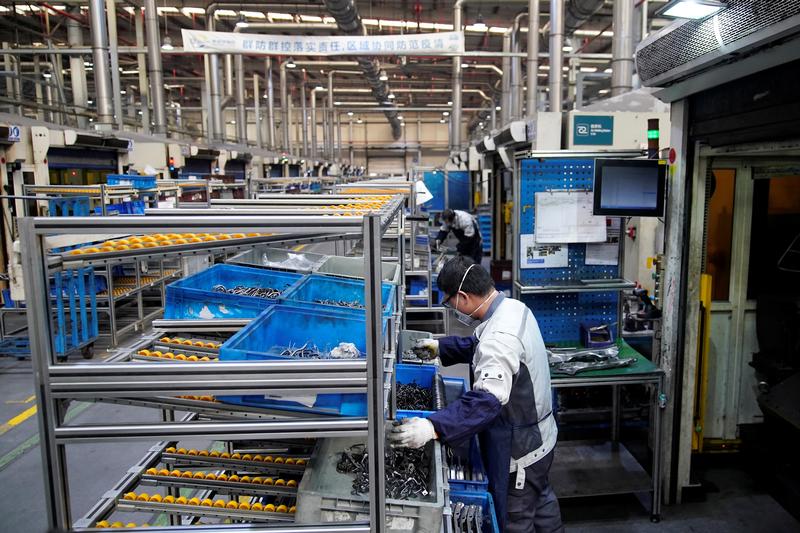 The founder of the Chinese shared delivery van company was annoyed. His mobile app targets small shops that occasionally need to shift supplies between stores, warehouses and customers. Business was decent, he told a Hong Kong executive forum in 2018, but he was struggling to control wages in towns where demand wasn’t meeting expectations. “If you try to reduce rates, you need to watch out. I tried in one city and next thing I knew my office was full of angry truck drivers.” He backed down.

Foreign investors are enamoured of China’s middle class. Numbering over half a billion, they buy the shoes, furniture, and white goods the entrepreneur’s vans haul around, plus iPhones, BMWs, and European vacations. McKinsey projects middle-class spending power will reach 20 trillion yuan ($2.8 trillion) per year by 2025. But the consultants pay less attention to ordinary workers which make up around 60% of the population, earning between $2 and $10 per day. They are less wealthy and less vocal. Nevertheless, working class dissatisfaction is a rising threat in China, especially as workers bear the brunt of the health and wealth impact of the coronavirus.

In “The Myth of Chinese Capitalism”, veteran journalist Dexter Roberts lays out their grievances. He follows the lives and hopes of labourers and petty entrepreneurs in Guizhou, one of China’s poorer provinces, and in the manufacturing hub of Dongguan.

He paints a picture of two countries. In one – arguably the mythical version of the book’s title – the mix of capitalism and socialism is successfully satisfying citizens’ material aspirations and sedating their political frustrations. In this world the government’s plans for provinces like Guizhou, which it is turning into a big data hub, will pay off any day now. The private sector is pitching in. Alibaba is promoting so-called Taobao villages, small towns producing at least 10 million yuan ($1.4 million) in annual transactions on the e-commerce giant’s marketplace. Rival Tencent is filling Guizhou’s famous karst caves with servers. In this world, Communist Party officials may have made Beijing and Shanghai wealthy first, but the hinterlands are next.

The other country is darker. In this version, officials are locking three-fifths of China’s citizens into their socioeconomic place, as servants to a Party aristocracy. These elite families, which have seized control of key industries and companies, are supported by a passive middle class. Together, the two groups maintain barriers that block poor migrants from entering the wealthiest cities. Those who manage to get in are denied access to education and healthcare. This was evident during the Covid-19 outbreak, when many illegal migrants were forced to travel home to get care.

The government has responded by trying to spur growth in the interior. Premier Li Keqiang has called for migrants to go home to start businesses. The Belt and Road initiative is supposed to boost trade across China’s western border. The problem is that poor areas, saddled with weak education systems, are poorly positioned to produce competitive companies. The best many rural officials can come up with is appealing to domestic tourists, which has spawned a plague of kitschy Confucian tourist traps. There is little sign that the gap between have and have-not regions is shrinking.

China’s e-commerce boom may run on servers, but the goods are still delivered on rickety electric scooters driven by people earning a few hundred dollars a month. Meanwhile, manufacturers are pushing to replace labour with robots and drones, which require neither wages nor social insurance, and never protest.

The push for greater inclusion is staunchly opposed by not-in-my-backyard middle class residents, whose apparent comfort with authoritarianism has disheartened those who hoped they would be a force for political reform. When Beijing tried to make the college entrance system fairer in 2016 by making it easier for children from the countryside to compete with locals for places, parents from cities around China organised demonstrations.

Roberts warns that contemporary workers “are not the docile labor force that once attracted global investors to China.” The China Labour Bulletin tracks blue-collar protests over unpaid wages and other abuses. Such actions have spread to the low end of the urban services sector – especially delivery drivers. In 2018 the number of incidents rose 35% to around 1,700. The current slowdown could pour petrol on dry tinder.

When revolution comes in China, it comes from the countryside, and it is xenophobic and extremely violent. The 1850 Taiping Rebellion cost as many as 30 million lives. A worker’s revolt in the People’s Republic today would probably target Apple executives as well as government officials. After all, that is what the Communist Party did when it took power. China’s modern rulers are struggling to manage this hidden risk.

“The Myth of Chinese Capitalism” by Dexter Roberts, was published on March 10 by St. Martin’s Press.

An employee wearing a face mask works on a car seat assembly line at Yanfeng Adient factory in Shanghai, China, as the country is hit by an outbreak of a new coronavirus, February 24, 2020. REUTERS/Aly Song

“The Myth of Chinese Capitalism” by Dexter Roberts, was published on March 10 by St. Martin’s Press.