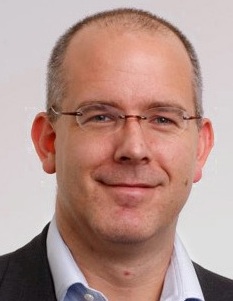 A legion of reasons, guesses and conspiracy theories keep circulating about why Lehman Brothers failed in 2008. This week, previously unreported incidents emerged that should forever keep the blame squarely focused on poor management by Chief Executive Dick Fuld and his long-time lieutenant Joe Gregory. Erin Callan is the one to thank. She has finally published a memoir, “Full Circle,” almost eight years after the ignominious end to her short but high-profile tenure as the investment bank’s finance chief.

According to Callan, Fuld at one point took her aside to tell her “he felt I had a tendency to be too hard on the other, all-male, members of the Lehman executive committee. My interrogatory style could be off-putting and challenging.” In a separate chat, Gregory informed her that she’s the only one in executive committee meetings “whose legs are showing … that some of my clothes were too provocative. So much so that he felt that some of my colleagues were distracted.”

This is early 2008. Real estate prices are falling fast. Shareholders are getting increasingly worried about how much dross Lehman may have amassed on its balance sheet, a message many of them are telling Callan directly as she introduces herself after starting in the role as chief financial officer. There had been plans to try to reduce the bank’s exposure, but nothing was getting done.

When Callan – now Erin Callan Montella – took over as CFO, the plan to get rid of some commercial real estate assets was “in the 18th draft,” as she told the Financial Crisis Inquiry Commission in an interview that was one of many made public earlier this month. She pushes her colleagues harder on the topic pretty much from the start, a claim Callan substantiated by emails obtained by both the commission and the bankruptcy court examiner’s report penned by Anton Valukas. As she says about Fuld’s accusation in her book, “I really wasn’t a hard-ass or rude, but I was direct and persistent.”

Her experience is quite different than that of then-Goldman Sachs CFO David Viniar. Various reports and investigations have already shown that when he started worrying about real estate assets a little over a year earlier, the Goldman brass got behind him and started selling. Callan, though, was smacked down by the kind of diversionary tactics that men rarely are forced to confront in the workplace. These episodes are even more galling when recalling Fuld’s nickname: the Gorilla, so-called for a penchant for punchy patter.

Callan was by no means the first Lehman executive to have her calls to action brushed off. Valukas’s report explains how risk management chief Madelyn Antoncic was pushed aside in September 2007 after repeatedly objecting to Fuld, Gregory and investment banking boss Skip McGee routinely waiving aside risk limits on all manner of deals. Valukas also sheds light on the fate of capital markets head Mike Gelband. He left a few months earlier after spending 18 months warning Fuld that mortgage markets especially were overheating. The CEO at one point told Gelband he was “too conservative.”

For all this bad judgment, Callan nevertheless appears to be the only one who had the sexist card played against her – and at precisely the moment her persistence was most needed.

What’s curious about “Full Circle,” however, compared to the litany of other crisis recollection tomes is that this one minimizes efforts to defend actions or to interpret – or reinterpret – what others are doing. Her time as CFO occupies at most a third of the book. She is not overly interested in laying blame elsewhere, either. There are a couple of exceptions: she makes clear that she was not fired, but resigned, and that as CFO she was barely more than a mouthpiece for decisions that had been made by others, at times years before. Even then, the finger-pointing is half-hearted.

Instead, she has penned what is a rarity for Wall Street: an introspective memoir. Hokey at times, it presents her career as a series of decisions that slowly took her away from what she describes as her more mature teenage self and how she has picked herself up after leaving. That includes recovering from a suicide attempt on Christmas Eve 2008 and starting a family. In this sense, the book comes across as the final stage of catharsis.

Callan saves one surprise for the end. In January 2015, Fuld called her. It was their first contact since she left Lehman. He apologized for leaving her “on my own to handle things” and told her he still thought she was the best choice to be CFO. Maybe, Callan muses, he was on the same six-year “self-realization schedule” as she was.

Fuld at the time, however, was also just months away from making his first public speech since Lehman’s collapse. He again would blame everyone but himself for the bank’s collapse. A cynic would read more into Fuld’s redemption call to Callan than she did.

“Full Circle: A memoir of leaning in too far and the journey back,” by former Lehman Brothers Chief Financial Officer Erin Callan Montella, was published by Triple M Press on March 20.

On March 11, the National Archives released a batch of records from the Financial Crisis Inquiry Commission, including an interview with Callan.

“Full Circle: A memoir of leaning in too far and the journey back,” by former Lehman Brothers Chief Financial Officer Erin Callan Montella, was published by Triple M Press on March 20.

On March 11, the National Archives released a batch of records from the Financial Crisis Inquiry Commission, including an interview with Callan.