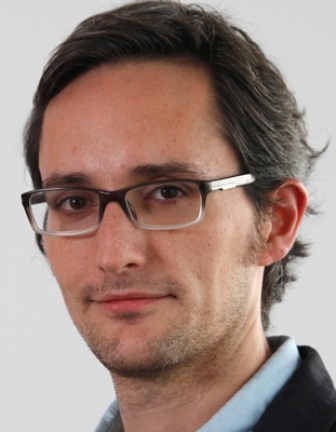 Hank Paulson’s two decades of negotiations with China have left him with a wealth of anecdotes, presumably a sizeable stack of air miles and a new book, “Dealing With China”. Paulson shows himself a master of two rules of doing business in the People’s Republic: cultivate contacts like crazy, and know when to leave the killer details unspoken.

Paulson, who courted China as Goldman Sachs chief, U.S. Treasury secretary and then as head of his eponymous “think and do tank”, paints a vivid picture of a China that pretends to no longer exist. It’s a land where noble officials beg straight-talking American bankers to help get their finances in order – at least until the financial crisis. It’s a world where favours are repaid. It’s the first third of the book, in which Paulson establishes Goldman’s toehold in the People’s Republic, that resonates most.

America’s most controversial investment bank won the trust of Chinese officialdom when rivals mostly ignored the country. Morgan Stanley, an early mover in the 1990s through its joint-venture investment bank China International Capital Corp, was mired in infighting and ineptitude. To this day, Goldman is one of only two foreign companies permitted full management control over their brokerages in China.

Paulson might be most proud of his upfrontness and ability to listen, but readers will be more struck by an indefatigable pursuit of personal connections, and a willingness to use them opportunistically. An environmental-group meeting with President Jiang Zemin is seized as a chance to discuss Goldman Sachs’ role in China’s capital markets. While running the Strategic Economic Dialogue, he secures the outward passage of a formerly jailed activist.

Paulson flatters liberally and isn’t shy of basking in the adulation that he receives in return. He is branded a hero for visiting China during the SARS epidemic. He is “literally mobbed” by awestruck students after a speech at Tsinghua University. The biggest praise in Paulson’s world, which he both receives and gives frequently, is to be the kind of person who gets things done.

Copious diplomacy might be expected from a man who still has career ambitions in the People’s Republic. Still, in the memoir it grates. Take Paulson’s seemingly uncanny ability to distinguish heroes from villains. President Xi Jinping, central bank chief Zhou Xiaochuan, anti-graft tsar Wang Qishan and Premier Li Keqiang are instantly recognised by Paulson as good eggs. The treatment of Wang, who called in Goldman to help reconstruct the broken conglomerate Guangdong Enterprises in the 1990s, verges on hagiography.

Conversely the now-jailed Bo Xilai, with whom Paulson once shared a Whole Foods take-out dinner, is “overbearing and aggressive”. A memorably obnoxious power sector chief shows indifference over the destruction of the World Trade Centre in 2001, and later absconds in a graft scandal. There is disappointingly little colour about purged security chief Zhou Yongkang, even though Paulson worked since the 1990s with the then-head of Goldman client PetroChina.

Paulson does not discuss what might be Goldman’s most interesting Chinese moment: the bailout of Hainan Securities. Goldman donated around $60 million to the bust brokerage during Paulson’s stewardship. In return, from the ashes of Hainan Securities came a new licence that was awarded to the firm’s joint venture, where the U.S. group was allowed to take effective management control. Blessed personally by Wang Qishan, that odd deal would be difficult to imagine in today’s tough supervisory environment.

“Dealing With China” also glosses over some areas where things didn’t “get done”. Despite Paulson’s evangelism, unhelpful rules still stunt foreign financial companies in China. While foreign-invested brokerages have struggled, Chinese rivals like Galaxy and Citic have grown into aggressive colossi. And one of the main goals of part-privatising state enterprises like PetroChina, namely improving governance and bringing market discipline, has not been reached, as evinced by an ongoing parade of corruption purges and continued heavy-handed political management.

In later chapters the book descends into bland recitations of problems the Chinese government already talks about openly, like the need for more social mobility and a cleaner environment. The exception might be his criticism of internet and social restrictions, but here he pulls his punches, explaining how social oppression is “perfectly logical” from the ruling party’s perspective. Coy references to the Tiananmen Square massacre of 1989 make all too much sense in light of Paulson’s remarks that he hopes the book will be published in China in an uncensored form.

Maybe the biggest unspoken message of the book is that beneath the praise and friendship, it’s really all business. That’s one thing that hasn’t changed. Today, Goldman’s Asia head and vice chairman, Mark Schwartz, is the only foreign banker of his rank based in mainland China. But then he is also the highest paid of the company’s top executives, receiving a package worth $24 million in 2014, including a $6 million payment to spare him from the effect of China’s income taxes.

If Paulson created a template for dealing with China, it is to say what your hosts want to hear, while keeping a close eye on the financial prize.