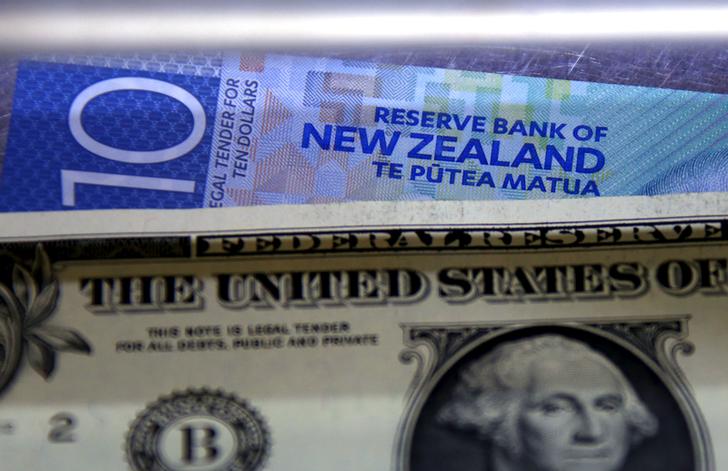 Modern Monetary Theory is right for right now. It is revolutionary. It shows common sense. And it has a tendency to oversimplify and overpromise. Stephanie Kelton’s “The Deficit Myth: Modern Monetary Theory and the Birth of the People’s Economy” is a good place to see the great virtues and significant weaknesses of this suddenly popular approach to government finance.

Kelton deserves much credit for MMT’s newfound respectability. The Stony Brook University professor has advised Senator Bernie Sanders, the American left-wing presidential candidate. Her fervent evangelism helped turn the theory’s core premise, that there is nothing inherently dangerous about fiscal deficits, into a central belief of progressive politics in the United States and increasingly around the world.

The basic argument of “The Deficit Myth” is simple and strong. Since a government that can issue money cannot run out of the stuff, it should spend as much as is needed to ensure that the country’s available economic resources are used as fully as possible. How can we tell when that point is reached? Simple, says MMT. It’s time to stop when inflation rates get close to uncomfortable levels.

The first part of the argument is powerful. Old-fashioned talk about governments needing to find the money they spend is confused. The only thing a finance ministry or central bank needs is the right keyboard sequence for increasing the electronic balance in the government’s bank accounts. As Kelton puts it, government spending creates the money which can then be reclaimed through taxes and borrowing, not the other way around.

What about the ratio of government debt to gross domestic product? Not that long ago, many economists were worried that growth would slow down when this number reached 90%. Kelton counters that government debt is an asset which allows people to save safely, making it more of a stabiliser than a threat.

As Kelton notes, the MMT approach to government finance was presented by Abba Lerner under the name of functional finance back in the 1940s. In a nice turn of phrase, the economist called for balancing the economy, not the budget. The approach was a bit radical for the time, especially given his relaxed attitude toward direct money creation. In the 1970s, uncomfortably high levels of inflation, which were widely blamed on excessive government deficits, relegated his ideas to unmerited obscurity.

They came back to life after the 2008 financial crisis, when large fiscal deficits revived growth without pumping up inflation. Many mainstream economists have now decided that even more aggressive government spending would have led to faster recoveries, especially in the United States.

Kelton wrote “The Deficit Myth” before the coronavirus pandemic locked down large parts of the global economy. But many governments are now following the basic MMT prescription. They are pushing large amounts of money into the economy to prevent activity and consumption falling more than is necessary for public health. Deficits are being ignored, at least for now.

True believers in MMT are sometimes accused of cult-like dedication to a fairly detailed economic model. Thankfully, Kelton’s book is light on dogma. She has a light touch, interspersing anecdotes and analogies for easier reading.

Even so, the second part of the basic MMT argument, that governments can find an optimal level of spending, is much less persuasive. It is naive to imagine a simple, almost mechanical way to optimise resource use and the distribution of jobs.

But simple and mechanical is exactly how Kelton presents her main policy recommendation: a guaranteed government job scheme. She’s probably right that it would do no monetary harm. However, corruption and incompetence are serious risks. And finding work that people can actually do well and that will help the economy requires many more difficult choices than are implied by her vague talk about local control, a caring economy and environmental responsibility.

Naivete is not the only weakness of the “The Deficit Myth”. There is also a too narrow focus on American fiscal policy. One 320-page book cannot deal with everything, but a more international perspective would have abbreviated and clarified Kelton’s laborious explanation of how the U.S. social security system cannot really run out of money. In most developed countries, pensioners’ share of national income is already recognised as a political rather than monetary question.

More intellectually troubling is the slighting of most of the financial system. Governments influence the money system through three channels. Kelton discusses two of them in detail: the budget and the central bank. But the third and arguably most important, the control of debt and money created by banks, is relegated to a single footnote.

In her acknowledgements, Kelton explains that she was dissuaded from writing a more complex book, so perhaps it is unfair to complain of omissions and oversimplifications. “The Deficit Myth” sets out first and foremost to slay the false idol of balanced government budgets. By that standard, it is a success.

“The Deficit Myth: Modern Monetary Theory and the Birth of the People’s Economy”, by Stephanie Kelton, is published on June 9 by PublicAffairs in the United States and Hodder & Stoughton in the United Kingdom.

A New Zealand ten dollar note sits underneath a United States one dollar bill in the window of a currency exchange teller in Sydney, Australia, March 10, 2016.

“The Deficit Myth: Modern Monetary Theory and the Birth of the People’s Economy”, by Stephanie Kelton, is published on June 9 by PublicAffairs in the United States and Hodder & Stoughton in the United Kingdom.