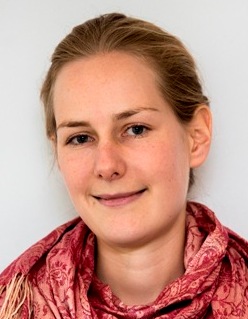 What determines whether countries succeed or fail? That’s the big question Ruchir Sharma sets out to answer in “The Rise and Fall of Nations”. The book offers investors 10 metrics to anticipate an economy’s fate. But limiting his outlook to the next few years will frustrate readers interested in a longer-term view.

Sharma’s mission is as ambitious as it is well-executed. A mix of humble pragmatism and daring decisiveness make his tips compelling and credible. The author backs up each of the rules with a combination of hard facts and colourful anecdotes gathered on his travels as head of emerging markets and chief global strategist at Morgan Stanley Investment Management.

For instance, a chapter titled “Kiss of Debt” explains how rising leverage is one of the surest signs of a country’s imminent fall. Take the Asian financial crisis of the late 1990s. Prior to the crash, Thailand’s private debt grew at an annual rate of around 25 percent while the economy was expanding by 10 percent – an unsustainable divergence. A survey of no fewer than 30 other “vintage credit crises” drives home the point.

Sharma delivers his other rules with similar panache. Warnings are particularly memorable. He urges investors to pay attention to countries with dodgy demographics and fear a shrinking labour force. Leaders who linger in power too long lose their will to reform, while rulers who meddle too much undermine market forces. Countries with lots of “bad billionaires” – who make their fortunes without creating jobs for the public – should be avoided. Media coverage is another red flag: many publications tend to praise nations long after they peak, while excessive gloom can overshadow green shoots.

There are some positive pointers too. Faith in “factories first” is particularly striking; the author is convinced an unsophisticated but robust manufacturing sector is still an emerging economy’s fastest ticket to growth. It’s a phase that today’s aspiring policymakers – including those in Sharma’s home country of India – hope to bypass by focusing on developing services and technology.

Though the rules are designed to be timeless, Sharma adds an epilogue to show what conclusions they throw up today. Big emerging-market countries fare badly: the prognosis for Russia and China is especially grim. The book is gloomy on prospects for France and Spain, and thinks the outlook for the United Kingdom is “about average”. At a recent event in Hong Kong Sharma noted that Britain’s decision to leave the European Union confirms his earlier observation that “the country is turning inwards” – another bad omen for investors.

Surprise winners are the “South Asian Tigers” of Bangladesh, Sri Lanka and Pakistan, which are growing at around 6 percent per year – a good performance in the post-crisis era. The Philippines, Romania and Mexico are among his other top picks.

This is a hefty rulebook. Even so, some factors traditionally deemed important for economic success don’t make the cut. For example, the author rejects efforts to appraise the impact of graft on growth: although successful nations tend to cut down on corruption, it’s hard to tell whether this is a cause or an effect of rising prosperity. Education is also dismissed as a useful predictor of future economic clout – not because Sharma denies the benefit of good schooling, but because investment in education takes many years to pay off.

This points to another of Sharma’s rules: limiting his forecasts to five years because attempts to look any further ahead are doomed to failure. The commitment to the medium term may make sense for investors, but economists, policymakers and other curious minds would surely prefer a longer view.

Readers are left wondering what other intriguing or important indicators have fallen by the wayside. Climate change, for example, is noticeable by its absence, aside from a fleeting reference to fossil fuels. This is especially odd as the Paris climate change agreement was sealed just before the book was completed while the effects of global warming – and attempts to limit it – will be felt around the world. Indeed, some of Sharma’s success stories – notably the “South Asian Tigers” – are already suffering from increasingly erratic floods and droughts.

Even so, the book is worth a good, long look. Sharma’s tried and tested tenets and eloquent delivery will reward anyone hoping to understand what determines the fickle fortunes of nations. But that doesn’t mean readers should limit themselves to 10 rules – or their time horizon to five years.

"The Rise and Fall of Nations: Ten Rules of Change in the Post-Crisis World", by Ruchir Sharma, is published by Allen Lane.