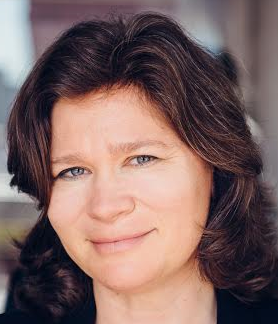 Bill Ackman’s campaign against Herbalife exposed the folly of shorting the American dream. “Betting on Zero” depicts the hedge-fund titan’s four-year battle to prove the diet and nutrition marketer is a pyramid scheme that dashes most of its recruits’ hopes of prosperity through hard work. Though Ackman is still down on his $1 billion bet, Herbalife’s attempts to muzzle the engaging documentary could backfire.

Director Ted Braun dramatizes Ackman’s high-profile but unsuccessful campaign to persuade investors to abandon the $5 billion company before regulators declare it a fraud – a move he argues will send its shares to zero.

Braun splices in the dazzling scenes and soaring sounds of Herbalife’s evangelical sales events where top sellers talk of making millions from selling the company’s protein shakes and recruiting others to do so.

As a so-called multilevel marketer, Herbalife promises distributors growing commissions if they and their recruits bring in just six new people a year. The film uses a pyramid-shaped graphic to depict the increasingly slim chances of lower-level sellers reaching that target. A clunkier attempt at visualization shows dollars flying into a laptop screen to illustrate how much distributors once paid their supervisors for “leads” to potential recruits – people who answer ads promising they can make $500 per week working at home, or lose 30 pounds in 30 days.

The film shows Ackman claiming he is a “moral” person, who will forgo any personal profit from crusading against a company that he says preys on underemployed, undereducated and often undocumented immigrant strivers. When a publicist asks what he will say if his public campaign fails to dent the stock, Ackman naïvely answers: “It won’t.” In fact, Herbalife shares closed above $55 on Nov. 2 – higher than the reported $47 average price at which Ackman accumulated his short position.

Carl Icahn also makes an appearance. He gleefully wolfs down Herbalife’s discounted shares in a profitable vendetta to squeeze his fellow activist investor, and now owns 21 percent of the company.

Chief Executive Michael Johnson, a triathlete who once headed Walt Disney’s international operations, smoothly defends Herbalife. “At Disney, we sold stories, we told stories,” he says in a previous interview shown in the documentary. “Here, we create stories.” On screen, we see the diversity of those tales: taut multimillionaires who have been with the company for decades, those in the majority who make less than $1,000 a year, and unfortunate sellers who have lost their life savings.

Herbalife refused to participate in what it calls Ackman’s “infomercial.” It points out that the investor’s Pershing Square Capital is seeking to make billions at the expense of the 4 million distributors worldwide who count on – or dream of – an extra income. The company even bought the bettingonzero.com web domain in an attempt to discredit the film, which was funded by another short-seller.

Yet some of Herbalife’s efforts to fight back look ham-fisted: Its website therealbillackman.com lists his investment failures next to a shark-like outline of the hedge-fund tycoon. Braun claims that Herbalife’s lobbying firm bought half the seats at an October screening of the documentary in Washington, D.C., and then left them empty. Herbalife declined to comment.

In 2014, just as Ackman was considering covering his short position, the Federal Trade Commission launched an investigation into Herbalife. The probe bore out many of the short-seller’s assertions. More than half of Herbalife’s “sales leaders” earned less than $300 in 2014. Most of those who spent an average of $8,500 to open storefront “nutrition clubs” to sell shakes made little or lost money. And the few distributors who did grow rich were compensated for recruiting new distributors, rather than selling products.

Herbalife paid $200 million to settle with the FTC, which stopped short of declaring it a pyramid scheme, but required potentially wounding changes to its U.S. business model. Johnson called it a change in philosophy: “‘Get Rich Quick’ is for someone else,” he said on screen. “‘Get Healthy Now’ is for us to do.”

Yet on Wednesday, Herbalife reported its first quarterly results since the settlement: lower earnings, swelling inventories, unpaid bills and uncollected accounts. Johnson also announced he would leave next year, to be replaced by Chief Operating Officer Richard Goudis. Though “Betting on Zero” documents Ackman’s failure, his bet may yet come good.

"Betting on Zero," directed by Ted Braun, premiered in April in New York and is showing at U.S. film festivals.

"Betting on Zero," directed by Ted Braun, premiered in April in New York and is showing at U.S. film festivals.