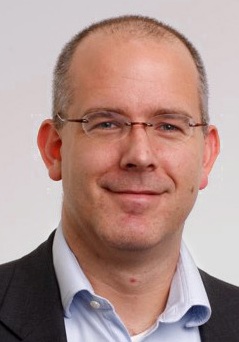 Billie Jean Cherry hid over 100 boxes of unfiled documents in a storage unit across the street from the bank she helped run. Her long-time colleague Terry Church, after realizing the firm was about to go under, had even more records dumped into a truck from a window on the bank’s third floor, drove them to her house in the mountains of West Virginia and buried them in a trench 10 feet deep, 10 feet wide and 100 feet long.

Investigators from the U.S. Federal Deposit Insurance Corp found them all. The documents later helped send both women to jail for fraud. The case is a seminal moment in the narrative of former FDIC Deputy Chairman John Bovenzi’s book, “Inside the FDIC: Thirty Years of Bank Failures, Bailouts and Regulatory Battles.” Despite the cumbersome title, Bovenzi has penned a surprisingly readable tome.

The story of Church and Cherry is from the turn of the millennium, not the more recent financial crisis of 2008. And they weren’t Wall Street types. Their lender, the First National Bank of Keystone, served a town with only 600 or so residents and boasted just $1.1 billion in assets.

But their story is a microcosm of much that seems to recur in American lending debacles. Keystone had grown quickly, relying in part on offering high rates of interest on deposits that brokers brought in from miles away. Similar tactics laid lenders low in the 1980s and in 2008.

To pay for it, the bank provided subprime mortgages, often offloading them into securitizations. But Keystone kept the riskiest slices of the loans, known as residuals, to boost income – and chose to value them as favorably as possible. The FDIC, when finally allowed in by the Office of the Comptroller of the Currency, the bank’s chief regulator, pegged them far lower. The difference was enough to wipe out Keystone’s capital.

Then came the death blow. Keystone had pretended it still owned $515 million of assets that it had in fact sold. Students of Lehman Brothers’ later failure will recall it used a legal, if questionable, tactic known as “repo 105” to do the reverse, making it look as if it had fewer assets than it actually did.

The many problems, from poor business decisions to fraud and infighting between regulators, should have made the Keystone tale required reading for bank watchdogs right away. Bovenzi provides several more. During his 28-year career at the FDIC he witnessed, often first-hand, the trouble wrought on the financial sector by rising interest rates, plunging oil prices and agricultural woes in the 1980s. One of his final tasks involved being parachuted in to run IndyMac when the bank with $32 billion in assets failed in 2008.

He was there when Continental Illinois failed – the first bank considered too big to fail. It’s a topic, Bovenzi claims, that he and others at the FDIC spent a great deal of time on over the years. But other regulators did not have their finger on the pulse.

That’s another main theme of his book. The nation’s various bank watchdogs have never rubbed along well enough to operate as effectively as they should. This, too, is now generally assumed to be the case when crises arise. But by highlighting longer-term disagreements on crucial topics like too-big-to-fail, Bovenzi shows how endemic the problem has been.

What’s more, he lays this out in just 200 pages, interspersing weightier topics with more light-hearted moments. His 1980s colleagues in the aptly named Department of Liquidation, he says, “did not like to let beer-drinking opportunities pass them by” when off the clock.

And the bank failures of the 1980s, it turns out, left the FDIC and the Resolution Trust Corp holding a number of esoteric assets, including a buffalo sperm bank and a bordello in Nevada. The RTC even had a 12 percent stake in the Dallas Cowboys football team, which it sold after two terrible seasons – just before the team won several Super Bowls.

Bovenzi’s description of the FDIC in the later 1990s makes perhaps the most depressing reading. As the savings-and-loan crisis receded the watchdog cut jobs, many remaining employees were put under investigation thanks to often spurious outside allegations, and the agency lost the influence it had built up over the previous 15 years.

The fallout from the 2008 crisis appears to have re-established the FDIC’s position to some extent. It is now, after all, responsible for winding down all major financial firms when they collapse, not just banks. But as the past 35 years of American history have shown, the country has a tendency to forget the lessons of financial crises. Bovenzi’s book deserves a slim spot on the shelf of any reader trying not to let that happen again.

“Inside the FDIC: Thirty years of bank failures, bailouts and regulatory battles” by John Bovenzi is published by John Wiley & Sons.

“Inside the FDIC: Thirty years of bank failures, bailouts and regulatory battles” by John Bovenzi is published by John Wiley & Sons.