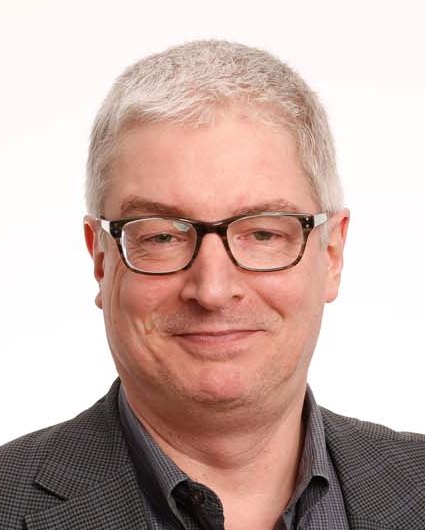 In “Brazillionaires,” Alex Cuadros explores Latin America’s largest economy through some of its most spectacularly wealthy citizens, whose fortunes he tracked for several years as a reporter for Bloomberg News. It’s a zippy tale of boom, bust and mutual back-scratching among moguls and politicos that sheds telling light on the nation’s current woes.

Cuadros moved to Brazil in April 2010, at a time when a commodities boom was helping the roughly $2 trillion economy charge ahead, shrugging off the effects of the global financial crisis. GDP would grow 7.5 percent that year, the last of Luiz Inacio Lula da Silva’s almost magically successful two terms as president. As his book ends, Lula’s successor and protégée Dilma Rousseff is facing impeachment proceedings, the economy is in deep recession and a massive graft scandal centered on state oil company Petroleo Brasileiro has seen many politicians and businessmen arrested for corruption, with more likely to come.

“Brazillionaires” reflects that boom and bust in particular in the rise and fall of mining, oil and logistics entrepreneur Eike Batista. At the height of his success, touting an interlocking set of companies all featuring X in their names (standing for multiplication of wealth), Batista cut a dazzling figure to investors. He managed to parlay resources still in the ground and mega-projects not yet built into a fortune that in 2012 made him the country’s richest man, and seventh on the Forbes list of global billionaires.

Cuadros worked on a similar list at Bloomberg. Among the more entertaining anecdotes he recounts are conversations with Batista and his staff in which they tried to persuade him that the impresario’s worth was even higher than Cuadros had allowed. Indeed Batista not only loved being on such lists, their ostensible validation of his Midas touch arguably helped him sell a brand of Brazilian economic dream of which he was the lead apostle: a modern country with U.S.-style business practices, ready to join the ranks of major nations.

Just a few years later, investors lost faith and Batista saw virtually all his fortune evaporate. His empire imploded ahead of a general collapse of the Brazilian economy, brought low by the end of the commodity boom and Rousseff’s heavy-handed dirigiste policies. Though he styled himself a visionary with no need for state largesse, Cuadros writes, he benefited like many others from soft state-backed loans, as Lula and Rousseff tried to build him up in a failed bid to manufacture a stable of national economic champions.

Cuadros examines several other mega-wealthy Brazilians in detail, each with a different path to their riches. Edir Macedo is a Pentecostal pastor who has leveraged his religious charisma to attract millions of followers, many of them poor but aspiring Brazilians, with a gospel of prosperity. He now owns the country’s No. 2 television network, competing with Globo, itself the vehicle of the billionaire Marinho family. Jorge Paulo Lemann is another contrast to Batista, and perhaps more the U.S.-style modern capitalist Batista claimed to be. The opposite of a publicity hound, Lemann is a former tennis pro who runs 3G Capital, the highly successful investment firm behind Anheuser-Busch InBev, Kraft Heinz and Burger King.

Cuadros illuminatingly describes the traditional kind of dodgy dealings that throughout Brazil’s history have allowed entrepreneurs to funnel cash to the politically powerful in return for cheap loans and lucrative concessions. The mutually beneficial merry-go-round spawns its own language. “Caixa dois,” or second cash register, refers to illegal slush funds allowing firms to fund political parties beyond what the law allows. “Superfaturamento” is the inflation of costs in construction contracts, with the surplus converted into kickbacks, seen luridly in the Petrobras scandal. Former Sao Paulo Mayor Paulo Maluf has a verb based on his name, “malufar,” meaning, to most people, to misappropriate public funds, though he says it means to work hard and build.

At times, Brazil comes across in Cuadros’ book as less a country than a coterie of construction companies and their cronies with a country attached. The Petrobras investigation known as Car Wash, and other less-heralded probes by a fiercely independent judiciary, are holding Brazil’s “caixa dois” artists to account more than ever before. Interim President Michel Temer has pledged not to block such investigations, even though his own PMDB party is among the biggest targets alongside Lula and Rousseff’s Workers’ Party.

Brazil’s poor need a well-managed economic recovery far more than the country’s billionaires do, and the rule of law is a major component of future prosperity. The best hope is that any pickup in commodity prices doesn’t simply let the country’s leaders relax and go back to the old ways that have served most Brazilians poorly, and made a select few very wealthy.

"Brazillionaires: The Godfathers of Modern Brazil" was published by Profile Books in the UK in June. A U.S. edition will be published by Spiegel & Grau on July 12.