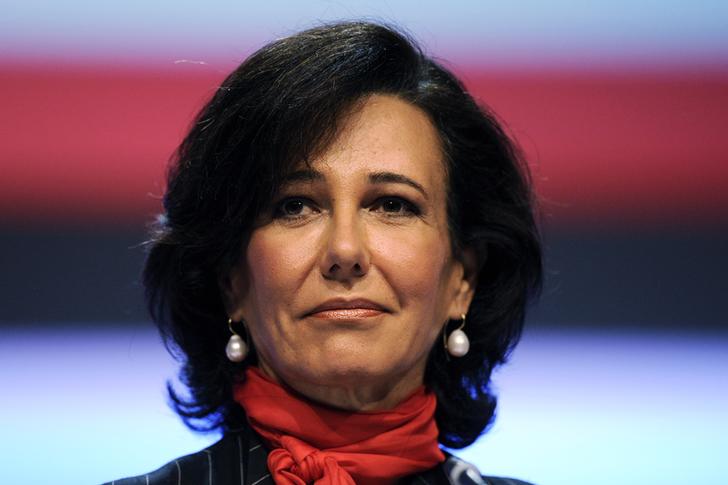 Santander’s U.S. woes are a cautionary tale for bank M&A. The Spanish firm’s stateside lender is struggling to pass the Federal Reserve’s stress test for the second year in a row. It has enough capital, but its risk management processes appear not to be up to snuff. Granted, the franchise former Santander boss Emilio Botin took control of in 2009, three years after securing an almost 25 percent stake, was flawed. But he and his cohorts let the problems drag on.

It culminated in a highly embarrassing – and easily avoidable – blunder last year. Auto lender Santander Consumer paid a dividend that depleted $21 million of capital from Santander Holdings USA, which also owns the bank. That’s not a huge sum, but such payments were banned as a result of the group failing last year’s stress test. The Fed had found widespread deficiencies in the holding company’s ability to monitor and manage risks. The dividend payment was the perfect confirmation.

Santander, now chaired by Botin’s daughter Ana, has since leapt into action. It is setting up a mini-version of its sprawling Spanish headquarters in Boston. And it has beefed up management. In December it named Timothy Ryan as chairman of the holding company and the bank. He’s a former head of regulatory affairs at JPMorgan and also spent years running Wall Street’s chief lobby group.

Revamping the U.S. operations is a “multi-year process,” as Santander’s new chief said during its 2014 results call. Santander Consumer was only consolidated in the holding company in 2014. Thanks to the shortcomings highlighted by the stress tests, the bank has allocated 600 people and $170 million a year to improve internal controls, risk management and technology in the United States.

The snag is that Santander’s banking business is also taking a long time to get right. It only officially took over the former Sovereign in 2009. But it had an almost 25 percent stake since 2006. The deal it struck to get that set off a shareholder battle that exposed a series of lax controls and poor corporate governance at the lender.

The Spanish bank nonetheless ended up as the largest shareholder. It also had two board seats, which should have given it insight into the bank’s shortcomings as it expanded so aggressively in areas like auto loans that it required a bailout from Santander during the credit crisis.

Executives did put a fair bit of work in once they took full control of Sovereign. The U.S. lender had not fully integrated the banks and branches it had bought over the years. And the credit crisis left it in the red and with a weak balance sheet, like many other banks. The SWAT team sent in to sort that out took three years.

Santander reckoned owning Sovereign was an “excellent” opportunity to diversify into a new market. The bank soon put that to the test, trying to merge with M&T bank in 2010. That deal, which would have added a successful stateside management team, fell through on disagreements about who would run the show.

It’s not as if Santander’s U.S. business lacked qualified leaders, though. Ryan’s predecessor as chairman, Jerry Grundhofer, joined in 2011. He’s not just a former Citigroup director but also the man who, through acquisitions, built U.S. Bancorp, one of the country’s best banks. Yet the unit has failed to deliver. Last year, attributable profit at Santander’s U.S. outfit fell 10.8 percent to $580 million – equating to a paltry 5.3 percent return on shareholders’ equity.

If Santander’s UK lender is any guide, recent changes should improve operations – eventually. Net profit at Santander UK – the old Abbey National – jumped by a quarter last year to 1.1 billion pounds. That equates to a return on Tier 1 capital of around 10 percent. That, though, is after 10 years of ownership.

The good news for its U.S. cousin is that Ana Botin took a big role in turning around the UK lender. She was seconded there in 2010. Now, as boss of all of Santander, she is spending more time than her late father did on the U.S. bank – including meeting with regulators in Washington.

Neither of these Anglo-Saxon acquisitions has proved a poster child for smart Iberian deal-making. The losses racked up, the management time spent and the reputational hits suffered have outweighed what may have looked like bargain prices at the time. Santander is finally taking the right steps to get its U.S. business right. It cannot afford to fail.